“PEOPLE do not have to worry that gas prices will rise,” Prime Minister Robert Fico said after the state became the sole shareholder of Slovakia’s gas giant, Slovenský Plynárenský Priemysel (SPP).Formally, the process of purchasing the 49-percent share and managerial control from the Czech company Energetický a Průmyslový Holding (EPH) was wrapped up at the June 4 general assembly of the SPP, which approved personnel changes to the top bodies of the strategic company. 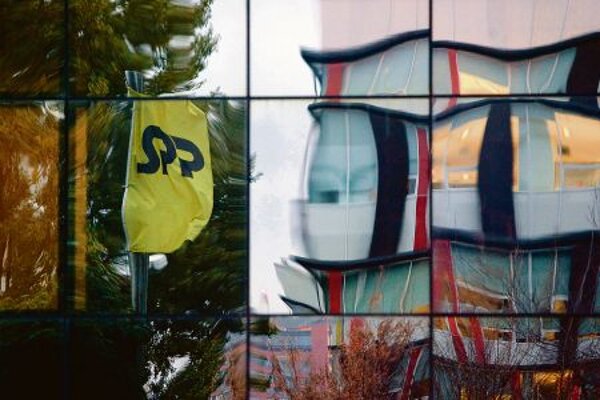 “PEOPLE do not have to worry that gas prices will rise,” Prime Minister Robert Fico said after the state became the sole shareholder of Slovakia’s gas giant, Slovenský Plynárenský Priemysel (SPP).
Formally, the process of purchasing the 49-percent share and managerial control from the Czech company Energetický a Průmyslový Holding (EPH) was wrapped up at the June 4 general assembly of the SPP, which approved personnel changes to the top bodies of the strategic company.

“We consider it very useful for this country,” Fico said about the process of taking over the package that EPH bought from the previous minority stakeholders, the French GDF Suez and German E.ON Ruhrgas, in the beginning of 2013 for €2.6 billion. “I am very happy about that decision.”

Fico’s cabinet approved the takeover of the package in September 2013, citing the state’s interest in having gas prices for Slovak households and small and medium-sized enterprises under control. Back then the government promised to take on half of the company’s debt, €59 million, from EPH. The total debt of the company stands at €120 million, which the company generated due to price regulation for households, according to the SITA newswire.

Before the changes, the remaining 51 percent share package was managed by the National Property Fund (FNM). Yet EPH will continue to control 49-percent stock in profitable SPP’s subsidiaries SPP-distribúcia, managing the gas distribution network in the country, and Eustream, the natural gas transporter and operator of the transmission system in Slovakia.

“We will not be submitting senseless price proposals, which would harm the people,” Fico said, adding that he could maintain what he called price stability at least for the next two years that his government is in office.

“We are gaining full control over the negotiations on prices and the terms and conditions of supplies from the key supplier,” said Fico, as quoted by the TASR newswire. “I won’t go into detail, because that’s still subject to business secrecy provisions, but talks with Gazprom have been concluded. I can only say that the new contract and the new terms and conditions are even more advantageous than those signed a few years ago.”

EPH said it understands the state’s efforts to acquire SPP.

“Regulated gas prices for households in Slovakia have in the long term failed to cover costs, and the preservation of low prices for the segment of households is a political priority of the government, which we respect,” said Daniel Křetínský of EPH, as quoted by SITA, adding that in such case full state control over the energy company is a logical outcome.

The state has also gained control over a number of subsidiaries, such as SPP CZ, an energy trader in the Czech Republic, and SPP CNG, a supplier and operator of a network of compressed natural gas filling stations in Slovakia.

The SPP general assembly approved the re-shuffling of the board and supervisory board, with Alexander Sako replacing Daniel Křetínský as the BOD chair, while EPH representatives in the BOD, Jan Špringl, Pavel Horský and Jiří Nováček jointly ended their tenure as well as Peter Korbačka in the Supervisory Board of SPP, the SPP said in an official release.

For 2013, SPP reported revenues from the sale of products and services at €1.861 billion, an increase by 6 percent compared to the previous period, mainly due to SPP’s activities on the commodity market to compensate lower revenues on the domestic market, SPP said.

The company reported a net profit of €268 million, €97 million down compared to 2012, due to lower natural gas sales on the domestic market because of the growing competition. According to SPP, this was also due to the termination of the revenue stream coming from the rental of the transmission infrastructure, which, in accordance with the valid European legislation, was transferred to Eustream in February 2013, the release said.

Last year, claims that the major gas deal was masterminded by a financial group led to an attempt to sack Fico for what the opposition insisted were signs that his government is beholden to oligarchs. But the dominance of Fico’s Smer party in parliament saw the government easily survive a September 19 no-confidence vote, which the prime minister called “absurd”.

Fico went on to say that the opposition wants to punish his government for efforts to keep household gas prices low.

In Slovakia, gas prices for households and small and medium-sized consumers are regulated by the Regulatory Office for Network Industries (ÚRSO). The regulator, whose head Jozef Holjenčík assumed the post during the first Fico government, has in the past turned down several requests by SPP to increase household gas prices when it has not accepted some of SPP’s costs as part of the price of gas for households.