New drugs on the rise

THOUGH the number of people addicted to drugs like heroin and cocaine is declining, Europe faces an increased threat represented by new synthetic drugs which often mimic the effects of traditional narcotics, according to the European Drug Report 2014 released on May 27. 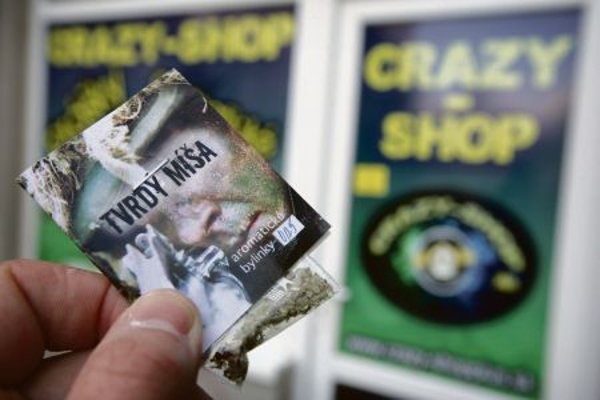 THOUGH the number of people addicted to drugs like heroin and cocaine is declining, Europe faces an increased threat represented by new synthetic drugs which often mimic the effects of traditional narcotics, according to the European Drug Report 2014 released on May 27.

Cannabis addiction, which the report claims poses a serious danger to people’s health, and the growing number of dealers directly offering drugs via internet ads, is also a problem, the report says. Continent-wide trends have also been observed in Slovakia, though it reports some better results than other countries monitored in the report.

“The main message is a decline or stagnation of drugs that have been predominant in the European landscape over the last 30 years, mainly cocaine and heroin,” Alessandro Pirona of the European Monitoring Centre for Drugs and Drug Addictions (EMCDDA), which authored the drug report, told the press when presenting the results in Slovakia.

On the other hand, the market for new psychoactive substances is very active, Pirona added.
Slovakia also reported a declining number of people seeking treatment for heroin addiction. Moreover, the average age of drug addicts moved to about 30, said Ľubomír Okruhlica, the Health Ministry’s chief expert on medicine and drug addiction, who is also head of the Bratislava-based Centre for Treatment of Drug Dependencies.

More encouraging, the number of people treated for other addictions has increased. For example, the number of people addicted to cannabis demanding treatment increased to 432 in 2012, the highest number since 2003, according to the Health Ministry report. The average age of these people oscillates around 20, Okruhlica said.

Another problem is methamphetamines, specifically pervitin, which is mostly used by 20-year-olds as well as 30-year-olds who often exchange pervitin for heroin. In 2011 there were 235 first-time entrants to specialist drug treatment for pervitin problems, but by 2012 that number had increased to 272, according to the Health Ministry report.

Moreover, while in previous years it was mostly Slovakia and the Czech Republic that faced problems with pervitin, the problem is spreading to other European countries like Germany, according to the report.

This is partly a result of Slovakia’s proactive policy within which the country tries to pass measures to prevent the problems that occurred in other countries. Another factor is history, as some trends, like intravenous drugs, came to Slovakia later than to western countries, Okruhlica said.

About one-third of these were synthetic cannabinoids which mimic the effects of cannabis. Another large group consists of other compounds which imitate properties from medicines or food supplements for people who go to the gym to work out, Pirona explained.

“This really shows that in the last several years the member states have been very innovative and there has been an evolution in the legal systems to control new psychoactive substances,” Pirona said.

Slovakia, which belongs to the second group, has its own list of dangerous substances, established via the amendment to the law on narcotics, psychotropic substances and preparations. This change came as a response to the problems with so-called Crazy Shops, a chain of stores that emerged in Bratislava and elsewhere in Slovakia selling drugs that were not listed as illegal. The shops were closed down in 2011 after parliament banned 43 substances that were being sold in the shops as “souvenirs”.

In 2013, police and customs officers seized 12 types of new psychoactive substances, with the largest groups being synthetic cannabinoids and synthetic cathinones (that mimic the effects of amphetamines). Since the amounts of these drugs were bigger than the drug users actually take within one dose, it is expected that “these substances are imported to Slovakia for further processing and sale”, said Eleonóra Kara, national coordinator of the EU-EWS in Slovakia.

Despite the growing number of synthetic drugs, cannabis remains the most commonly used drug in Europe. Around 73.6 million Europeans have tried cannabis in their lifetime, including 18.1 million in the last year, the report showed.

Moreover, public health concerns are greatest for Europeans who use the drug on a daily or almost daily basis (around 1 percent of European adults aged 15-64 years). In 2012, cannabis was the drug most frequently reported as the main reason for entering drug treatment by first-time clients.

“The lack of systematic monitoring in the area of drug-related health emergencies represents a blind spot in Europe’s surveillance of emerging health threats,” says the EMCDDA, as quoted in the report.

In Slovakia, cannabis is number three in the number of demands for treatment, after pervitin and heroin, according to Okruhlica. Though the number of cannabis users increases every year, it is still low compared to other monitored countries, he added.

Another problem concerning cannabis is the increase in the domestic production of marijuana, Pirona said. Innovations in cannabis production in recent years are cause for concern, with growers cultivating plants high in THC (the active ingredient in cannabis) but low in CBD (an anti-psychotic), the report showed.

The EMCDDA report also showed that the major threat to supplying the drugs and new psychoactive substances is the internet. The agency has identified together 650 such websites in 2013. It also registered an increase in the websites operated within the so-called darknet, or secret online networks with anonymous communication.

“What makes it very difficult to control the sale through the internet, and especially through the darknet, is that there are no laws,” Pirona told the press.

Slovakia is no exception in fighting the sales via the internet. The dealers mostly focus on selling the drugs via anonymous public ads, Kara said.

Though Slovakia partly prevented the extension of new drugs with the amendment to the law on narcotics, psychotropic substances and preparations, it will be necessary to change it again.

“The main intention [of the amendment] was to reduce the offer of potentially risky substances on the market,” Kara told The Slovak Spectator, adding that either these substances will be banned or nobody will be authorised to sell them.