Expert on the Orient

ONE of the more interesting historical personalities of the 19th century was Ármin Vámbéri, who grew up in the town of Dunajská Streda. Hardly anyone could claim such a talent for learning languages as this young man, who was born in 1832 in Svätý Jur, with the name Hermann Wamberger. In Dunajská Streda, where he later moved, he changed his name to sound more Hungarian (the predominant language there at the time). 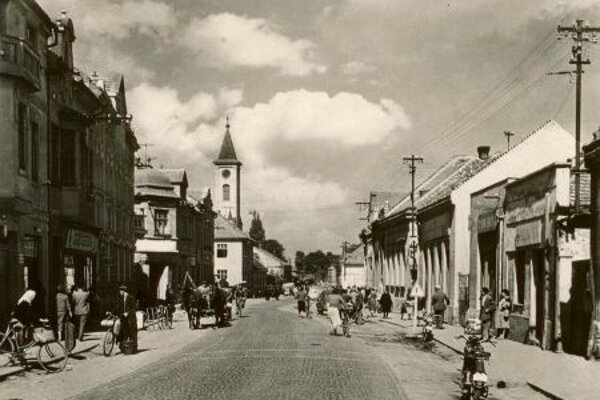 Vámbéri put his linguistic passion to use when, as an enthusiastic admirer of the Orient, he made his first trip to Asia in 1857, and a second one in 1861. Vámbéri visited sites that Europeans reached only with great difficulty, like Armenia, Persia and Turkestan.

Vámbéri can be considered the first scientifically educated European who visited western and central Asia. Moreover, he travelled there at a time when the region still retained its medieval character and independence. Shortly afterwards, it fell into the sphere of ever-expanding Russia, and this was probably a factor behind Vámbéri’s visit to London, where big fears of Russian expansion prevailed.
In this postcard from the 1950s, we can see the main street of Dunajská Streda.