ALMOST seven times bigger than Slovakia in terms geographical area, but almost equal in size in population, Finland remains rather undiscovered by Slovakia, even though there already are shining examples of successful cooperation between the two countries. But innovative Finland offers even more. 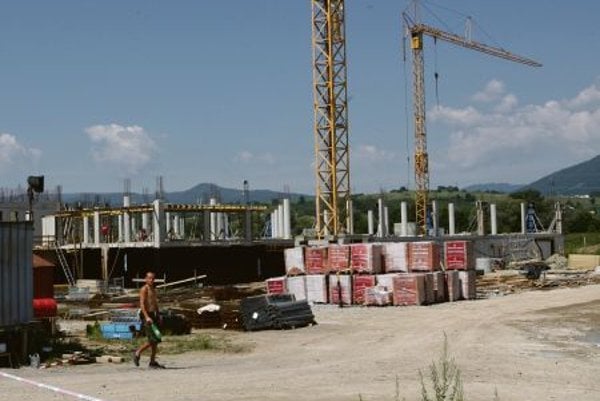 ALMOST seven times bigger than Slovakia in terms geographical area, but almost equal in size in population, Finland remains rather undiscovered by Slovakia, even though there already are shining examples of successful cooperation between the two countries. But innovative Finland offers even more.

“Finland is a country of innovative products and innovations,” Matej Kapusta from the Banská Bystrica Regional Chamber of the Slovak Chamber of Commerce and Industry told The Slovak Spectator. “It is a country of huge opportunities, but only a few Slovak firms have realised this so far.”

According to Kapusta, while Finns have a different mentality and more time is needed to get acquainted with them and find room for closer cooperation, Finns are interested in cooperating with Slovak companies in manufacturing their products in Slovakia and in helping to get established in the Slovak market.

Chargé d’Affaires at the Embassy of Finland Henna Knuuttila specified that there are around 30 Finnish companies in Slovakia, many of which are involved in production activities here. Among the biggest are Metsä Tissue, YIT, Peikko, KONE and Ramirent, which are active in construction, and production of soft paper, steel, elevators and more. A Slovak-Finnish joint venture, Tervakoski Films/Terichem, based in the northern Slovak town of Svit, has just launched a production line to produce the thinnest capacitor film in the world. Knuuttila put the volume of Finnish investments in Slovakia at around €127 million at the end of 2013.

According to Richard Dírer from the Slovak Investment and Trade Development Agency (SARIO), the volume of Finnish direct investments to Slovakia has been increasing significantly over the last few years thanks to the arrival of new Finnish companies in Slovakia, as well as the extension of existing ones. The latter includes Peiko Group, with investments worth over €10 million, and Lindstrӧm, with investments worth €5 million, just to name a few, Kapusta specified.

SARIO has so far supported the arrival of seven Finnish companies to Slovakia. The total investments amounted to €22.6 million and 545 jobs were created, while these investments went especially into the sector of suppliers for the automotive industry and shared services centres. The biggest Finnish investment registered by SARIO was the launch of the shared services centre by elevator producer KONE in Slovakia.

In terms of the current interest of Finnish investors in Slovakia, Knuuttila sees construction as the fastest growing sector, but she sees room for further cooperation in clean-tech and other fields. Dírer added that energy, R&D and shared services centres represent other fields of the Slovak economy that are of interest to Finnish investors.

Kapusta also sees potential for Finnish investments in education of Slovak labour. He added that due to the aging of the post-war population wave, Finland will lack a labour force, and since the country’s young generation is unable to fill this gap, this increases demand for labour from abroad, for example, in the fields of health care and construction.

Juraj Haško from the regional chamber specified that Slovak companies are active in Finland too, noting the first Slovak investment in Finland, a €15 million project of the company E-Group to build a wind power station in Finland. Apart from this, several Slovak companies are already active in Finland, mostly in construction, for example, Skanska BS Prievidza, and others have launched limited companies here, like Finnstav Oy Vantaa and DS Group Oy Vantaa. Finnish firm Opteam has up to 50 Slovaks working on construction of the nuclear power station in Olkiluoto. When the project began it employed as many as 350 Slovaks.

SARIO and other business organisations are aware of the potential Finland offers to Slovak entrepreneurs and are actively presenting existing cooperation opportunities. One of them was a trade mission that SARIO organised with the Banská Bystrica Regional Chamber of the Slovak Chamber of Commerce and Industry, the Banská Bystrica city council and the Slovak Embassy in Helsinki last November to intensify Slovak-Finnish cooperation in investments, trade, education, sports and municipal management. In Jyväskylä, which is a partnership city of Banská Bystrica, Slovak representatives, including Banská Bystrica Mayor Gogola and Vice Rector of the Matej Bel University in Banská Bystrica, presented opportunities for cooperation, while Rani Plast shared its experience with Finnish investors when doing business in Slovakia. The seminar was followed by B2B negotiations.

Haško specified that Jyväskylä is a city of young people also thanks to universities. The University of Jyväskylä is the only academic institution in the Nordic countries where a Slovak programme of language and culture is offered.

“Because of the car imports, we have a trade deficit with Slovakia,” said Knuuttila. “The figures have remained the same during the last years, there are no significant changes. I hope that the trade figures remain the same or hopefully grow.”