GENDER equality is a win-win situation, with much of the male population feeling better with more time with the family, suggests Nils Daag, who represents Sweden, one of the most gender equal societies in the world. He stresses that “this is the future from every perspective”. The Slovak Spectator discussed with the Swedish ambassador to Slovakia the issue of military cooperation between the two countries, economic links, Swedish design, the challenge presented by far right-wing parties across Europe and the role of the European Union in this context. 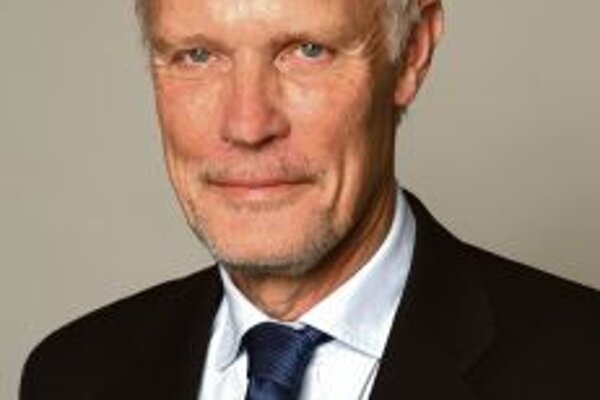 GENDER equality is a win-win situation, with much of the male population feeling better with more time with the family, suggests Nils Daag, who represents Sweden, one of the most gender equal societies in the world. He stresses that “this is the future from every perspective”. The Slovak Spectator discussed with the Swedish ambassador to Slovakia the issue of military cooperation between the two countries, economic links, Swedish design, the challenge presented by far right-wing parties across Europe and the role of the European Union in this context.

The Slovak Spectator (TSS): Sweden has been ranked as one of the most gender egalitarian societies in the world. How has Swedish society achieved such a standing? (For example reports on your country suggest that gender equality guides all levels of the education system. How does this work in practice?)
Nils Daag (ND): Gender equality has a long history in Sweden. There is a consensus among all political entities that equality is not only immensely important from a human but also from an economic perspective. Equal opportunities are imperative for a well-functioning and sustainable labour market and for a society in balance. This is a win-win situation. Much of the male population is feeling better getting more time with their family. This is the future from every perspective.

TSS: The Swedish Embassy has been active in promoting the idea of gender equality in the region, most recently through an exhibition called Life Puzzle, followed by a panel discussion in Bratislava. Could you tell us more about the gender equality initiative, especially regarding Slovakia’s involvement?
ND: Life Puzzle is a documentary photo exhibition produced by the Swedish Institute in order to present modern family life in Sweden and to inform about how Swedish society copes with gender equality in families as well as in the labour market. An important aspect during the production of the exhibition was to both picture the average family, but at the same time show the ethnic diversity of Sweden and the social tolerance for alternative family constellations, which is an important part of Swedish family policy. The Swedes use the expression “life puzzle” as a synonym for the challenges of combining parenthood, career, domestic life and finances by keeping a high level of equality between men and women.

Gender equality is a topic of great importance in Swedish politics. Our aim is to increase the awareness of this issue also in other parts of the world. Therefore, the embassy put the exhibition Life Puzzle on display at the Avion Shopping Park in Bratislava and arranged a panel discussion with Oľga Pietruchová, director of the Department of Gender Equality and Equal Opportunities of the Slovak Ministry of Labour, Social Affairs and Family, and with Zora Bútorová, a senior research fellow of the Institute for Public Affairs. The embassy is planning to conduct a similar project also in Austria and Slovenia. We are convinced that discussing the topic of gender equality, sharing the knowledge and experiences, both good and bad, can contribute to the transformation of societies into more equal ones.

TSS: Earlier this year the Slovak government agreed to cooperate with Sweden in the area of military and defence, which should involve military-technical cooperation, research and development. Can you share more information on this possible agreement and what benefits it would bring to both countries?
ND: The signing of the memorandum of understanding between Slovakia and Sweden in September last year was a step in further strengthening our already excellent cooperation within the area of defence. The memorandum identifies certain areas, including training and education, technical cooperation and military medicine. We also discuss how to best develop regional cooperation using experiences from the Nordic countries and the Visegrad Group countries. The economic situation in many countries demands that we make a reality out of buzzwords such as Pooling & Sharing and Smart Defence. Here both bilateral and regional cooperation is a good starting point.

TSS: Has the potential for Swedish-Slovak economic cooperation been fully tapped? Where do you see room for further business ties? What are some examples of successful Slovak-Swedish business links, if you could name a few?
ND: Slovak-Swedish economic relations are very good, but I think there is room for more cooperation, for example, in the field of how businesses and universities work together. Developing technical cooperation and creating science parks, working with ideas on start-ups and internet based trade, etc. Here I see great potential for the future. On the issue of existing links, a lot of the biggest Swedish companies are already represented in Slovakia and also a number of small and medium-sized businesses. We must also mention the work done by the Swedish Chamber of Commerce as a focal point for the companies with Swedish ties.

TSS: The Swedish architectural team Mandaworks AB and Hosper Sweden AB from Stockholm won the international urban design competition ‘Trenčín – City on the River’, with their Tracing Trenčín proposal. Swedish architecture and design is popular in Slovakia. What is, in your opinion, behind the appeal of Swedish architecture and design around the world?
ND: ‘Trenčín – City on the River’ was announced by the city of Trenčín as an open, anonymous international urban design ideas competition seeking the best comprehensive urbanistic [sic] proposals for connecting the city centre with both waterfronts of the Váh River. The proposal Tracing Trenčín submitted by the Swedish team Mandaworks AB and Hosper Sweden AB won the first prize. The jury highlighted the way the proposal connected existing structures with new buildings and at the same time respected the natural flow of the Váh River.

In general, creating sustainable cities for the future is of great importance in Sweden. Swedish architects, construction firms, energy companies, city planners, enterprises and politicians work intensively with constructing districts that unite modern architecture with ecological sustainability. Probably the most famous example is the project of Hammarby Sjöstad in Stockholm. The ‘Hammarby model’ has become a tool for environmentally friendly city development around the world. I think Sweden has much to offer when it comes to sustainable cities of the future.

Sweden also has a very strong tradition in design and fashion and many famous designers in furniture and textiles as well as industry design, graphics and crafts are Swedish. The Swedish (and Scandinavian) style, often referred to as minimalist, means clean, simple lines and a strong emphasis on functionality. Pioneers in the Swedish design field included industrial designers and began adopting an engineering-driven design approach. A distinguishing feature of Swedish design over the years has been a socially-oriented style reflecting people’s situation in life. Swedish furniture design has been extremely successful, with everything from stick-back, Windsor-style chairs, which remain extremely popular, to more sophisticated but still practical pieces.

TSS: Right-wing parties are on the rise across Europe, and Sweden is no exception. The far-right and populist Sverigedemokraterna now has representatives in both the Swedish and European parliaments. What fuels extremists in your homeland?
TSS: The general trend we see in many European countries with extremists gaining popularity is worrying and one of the biggest challenges for the EU in the future. We must show the inhabitants of the EU what we can offer and the importance of being together in an open society. We must fight xenophobia, racism and isolationism together. One of the biggest tasks for the EU is to bring the EU closer to the people. We were happy to see that voter turnout in Sweden increased to over 50 percent (51.1 percent) in the EP elections. This is of course still a figure that we think is too low, but it was important that we are now on an increasing trend.

The EU as a whole has been taking the blame for many of the economic problems of the member states in the last years, and this has also contributed to the view among some that globalisation is evil. I firmly believe that globalisation within a sustainable framework, both from environmental, economic and security perspectives, is the way to future, stable growth.

We have an important role to play to fight xenophobia and to work on issues bringing the EU member states and its inhabitants even closer to each other. At the same time we must not shy away from the fact that the EU cannot and should not do everything. Some things work better if handled nationally. Saying this is not being EU-negative, it is a question of using EU means effectively. We need a strong and efficient commission, ready to focus on policies and actions where EU action provides added value, such as growth, employment and the fight against climate change.

TSS: You serve as the Swedish ambassador to Austria, Slovakia and Slovenia. Have you had a chance to explore all these countries? What do you recall as surprising about Slovakia?
ND: I have been very impressed with the presence of many big important companies, not least of which is the car industry and the faith they show in Slovakia by investing steadily still. It also strikes me how vivid and dynamic Bratislava is when it comes to conferences and seminars. There always seems to be something going on, with Globsec being an example of this great dynamism. It is also worth mentioning how important the Visegrad-4 cooperation has become. This is visible both in regional cooperation and in the EU, where the V4 countries gain weight with common initiatives. We therefore look forward to Slovakia’s presidency in the V4.

Luckily I have been able to travel in Slovakia. I have seen beautiful nature and tasted good wines. I am also impressed by promising young Slovak opera artists. They are very good ambassadors of Slovak culture in the world.