WHILEIKEA is probably the first Swedish company to spring to the minds of most Slovaks when iscussing this Nordic country and its presence in Slovakia, the popular furniture producer and retailer is actually a Dutch investment, as its official seat is in the Netherlands. Nevertheless, IKEA, which has made Sweden’s iconic designs and tasty meatballs popular in Slovakia, is just one of nearly 80 companies with links to Sweden operating in Slovakia. 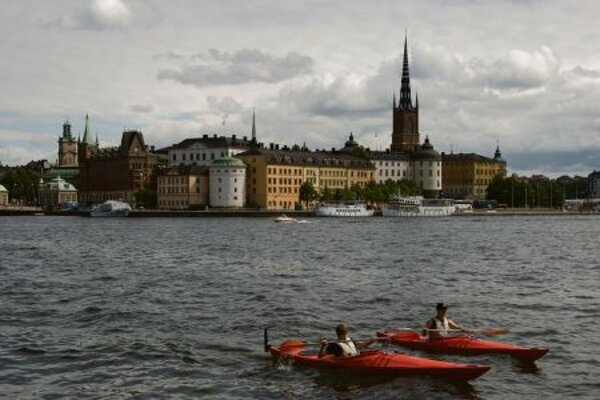 WHILEIKEA is probably the first Swedish company to spring to the minds of most Slovaks when iscussing this Nordic country and its presence in Slovakia, the popular furniture producer and retailer is actually a Dutch investment, as its official seat is in the Netherlands. Nevertheless, IKEA, which has made Sweden’s iconic designs and tasty meatballs popular in Slovakia, is just one of nearly 80 companies with links to Sweden operating in Slovakia.

“Slovak-Swedish economic relations are very good,” Helen Alterius, the head of Business Sweden in Prague, told The Slovak Spectator. “But there is room for even more cooperation. Developing cooperation between businesses and universities, broadening technical cooperation and creating science parks, working with ideas on start-ups and internet based trade, etc. Here we see great potential.”

Based on the database of Dun & Bradstreet, 77 companies with Swedish links arenowoperating in Slovakia, employing around 3,500 people, Richard Dírer from the Slovak Investment and Trade Development Agency (SARIO) told The Slovak Spectator.

Based on the statistics of the National Bank of Slovakia (NBS), aggregate direct foreign investments from Sweden amounted to €351 million in 2012, while this number has been increasing in recent years. But Dírer warned that these statistics are not entirely accurate, as some Swedish investments come from the Netherlands, as that is where the investors are formally based, much like IKEA.

Alterius highlighted that Sweden is among the top 20 foreign investors in Slovakia, while she estimates aggregate Swedish investments in Slovakia at almost€ 270 million.

“The key areas of activities are furniture, pulp and paper, industrial machinery and equipment, and retail,” said Alterius when specifying the current interest of Swedish investors in Slovakia. “In the Czech Republic, for example, Swedish investments focus on construction, wholesale and manufacturing.”

When discussing the advantages that Slovakia offers to Swedish investors, Alterius said that “Slovakia is fortunate to be located very close to Europe’s industrial backbone, has a skilled and well-educated workforce and has a growing infrastructure network.”

“On the negative side, we hear about slow legal proceedings and sluggish administration (form-filling, stamping, ID numbers, all kinds of permits, etc.), that still are a thorn in the side of both businesses and private persons,” said Alterius.

As for Slovakia’s economic sectors that offer the best prospects for Swedish investors, she listed ICT, automotive, electronics, energy and environment, infrastructure, machinery and precision engineering, metallurgy and metal processing, construction, chemical and life sciences, wood, pulp and paper, and furniture, adding that Slovakia offers a broad spectrum of business opportunities in these sectors.

With regard to finding new investments, extending existing investments, or the departure of Swedish investors from Slovakia, Alterius specified that Business Sweden deals with ongoing projects – two at the moment – that could lead to more investments in Slovakia, while there is no information about any recent company closures.

Over the last three years SARIO supported the arrival of three companies from Sweden to Slovakia in the field of suppliers of automotive and wood processing industries and metal processing. Aggregate investments amounted to €146.5 million, while 632 jobs were created. In total, SARIO registers 10 successful projects from Sweden in a total volume of €256.8 million and the creation of almost 1,600 jobs. Currently, SARIO is working on one project from Sweden with an investor from furniture production.

“The interest of direct foreign investments [from Sweden] concentrates on the machine industry and the electro-technical industry,” said Dírer, expecting that Swedish interest will continue to focus on these two segments, as well as environmental technologies, life sciences, bio technologies, ecological food and design.

SARIO cooperates with the Vienna-based Swedish Embassy to Slovakia when drawing Swedish investors to Slovakia, while it maintains regular contact with the Swedish honorary consul in Slovakia. Within other activities, Dírer mentioned the participation of SARIO project managers at the Nordic-Slovak Research and Innovation Forum, which focused on supporting start-ups earlier this year.
Alterius added that the Swedish Chamber of Commerce is also active in Slovakia.

Slovakia has a long-term trade surplus with Sweden. Sweden accounts for about 0.5 percent of Slovakia’s imports and 1.3 percent of its exports, said Alterius, adding that bilateral economic cooperation has developed well.

Based on data of the Slovak Statistics Office, Slovakia imported from Sweden goods and services worth €279.7 million in 2013, while Slovakia’s exports to Sweden amounted to €907.9 million in 2013. Slovakia retained a trade surplus of €628.2 million.

“The trade volume has been growing thanks to an increasing number of Swedish companies established in Slovakia,” said Alterius. She sees the growing purchasing power, favourable geographic location, investment incentives, political stability and a growing infrastructure network as factors influencing the positive attitude of Swedish companies towards investments and exports in Slovakia.