The story of Sobrance's spa

FOUR springs containing cold, sulphurous, salty water were known to have existed in the eastern-Slovak town of Sobrance as early as the 18th century. 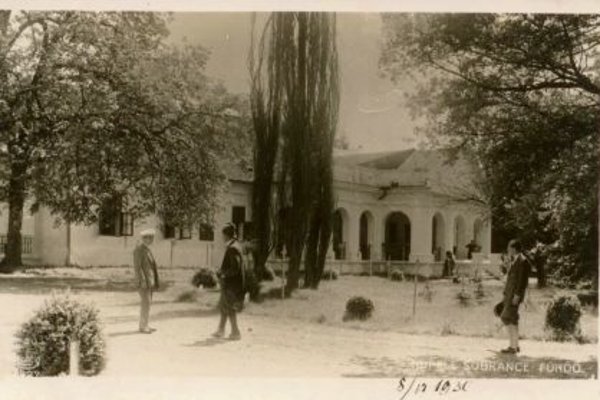 The place belonged to the family of Count Sztáray, who in 1822 had the surrounding marshes drained and built two new sources of drinking water. By that point, wooden spa buildings had been built there, housing 45 tubs.

Sobrance’s locals seized the opportunity offered by nature and built a spa that also included a dance hall, a music ensemble and a beautiful park. Guests obviously enjoyed the facility: by the mid 19th century 500 families were visiting the spa within a single season.

The spa continued to increase the quality of its services when in the 19th century it began offering massages and hydrotherapy.

The spa’s successful 150-year run came to an abrupt halt in the Second World War when it was nearly levelled by air raids. Today, the healing water is used in a local hospital.

This postcard from 1930 shows the spa was situated in a beautiful area. It is a mystery, though, why the photographer had only men standing in the picture.

It was more common at that time for shots of spas to show gentlemen posing with their well-dressed wives, which was seen as making a facility seem more enchanting.