THE REFUSAL to appoint Jozef Čentéš to the post of general prosecutor after he was lawfully elected by parliament, a cosy relationship with the Smer party and a formal approach to the presidential office are among the failings political analysts addressed by The Slovak Spectator listed when assessing the decade-long performance of Ivan Gašparovič as Slovakia’s head of state. When asked to name some positive contributions, political scientist and president of the Institute for Public Affairs (IVO) Grigorij Mesežnikov said he does not see much. However, in situations where it was necessary to confirm Slovakia’s trans-Atlantic solidarity, Gašparovič mostly did his job, he said. 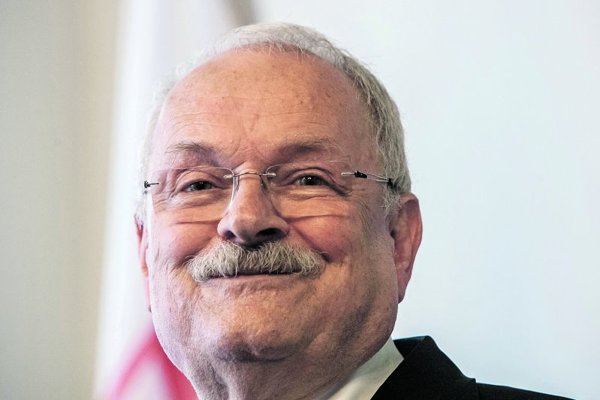 THE REFUSAL to appoint Jozef Čentéš to the post of general prosecutor after he was lawfully elected by parliament, a cosy relationship with the Smer party and a formal approach to the presidential office are among the failings political analysts addressed by The Slovak Spectator listed when assessing the decade-long performance of Ivan Gašparovič as Slovakia’s head of state. When asked to name some positive contributions, political scientist and president of the Institute for Public Affairs (IVO) Grigorij Mesežnikov said he does not see much. However, in situations where it was necessary to confirm Slovakia’s trans-Atlantic solidarity, Gašparovič mostly did his job, he said.

Gašparovič was a president who did not deeply engage in anything, as he preferred formal representation, “shaking hands and welcoming guests”, said political scientist Miroslav Kusý, who added that even so, his “appearances were frequently problematic”.

Gašparovič, who has wrapped up his tenure as president after serving on the job for a decade, will be replaced by tycoon and philanthropist Andrej Kiska who defeated Prime Minister Robert Fico, the official candidate of the ruling Smer in the March 2014 presidential election’s second round.

The outgoing president made it to the top state office in 2004, widely seen as the lesser of two evils when he faced his former boss, the controversial three-time prime minister Vladimír Mečiar in the second round. Gašparovič was re-elected in 2009 with significant support from the Smer party.

Gašparovič’s start and the third president

Gašparovič, who was born in Poltár, near Lučenec in central Slovakia, graduated from the Law School of Comenius University in 1964. He served as general prosecutor of Czechoslovakia between 1990 and 1992 and in 1992 he became speaker of the Slovak parliament, at that time still within the Czechoslovak federation. After the split of Czechoslovakia co-orchestrated by the Movement for a Democratic Slovakia (HZDS), of which Gašparovič was a member, he became speaker of the newly sovereign Slovak parliament and served in that post between 1994 and 1998.

During the 1990s, he was a staunch ally of Mečiar, whose party has since slipped into political oblivion. Gašparovič defended the frequently indefensible policies of the Mečiar governments, which were regular targets of international criticism. Gašparovič might have remained Mečiar’s political right hand for much longer, had the HZDS boss not removed his sidekick from the party’s candidate list for the 2002 parliamentary elections. At the time Mečiar said that Gašparovič could run for a seat in the European Parliament. Gašparovič retorted that this was like offering a Slovak citizen the chance to run for a seat in the United States Congress. Gašparovič not only declined to run for the European Parliament, he quit the HZDS and set up his own party, the similarly-named Movement for Democracy (HZD).

After failing to make a mark at the 2002 general election, Gašparovič’s career improbably took off after he vanquished his former boss in the 2004 presidential election.

Gašparovič gained 59.9 percent of the votes in the second round of the 2004 election, while Mečiar received just over 40 percent. This result followed the unexpected first-round defeat of then-foreign minister Eduard Kukan of the Slovak Democratic and Christian Union (SDKÚ), who had been considered the favourite in the race, with many centre-right voters staying at home, assuming that Kukan was set to win and thus sending Gašparovič and Mečiar to the second round.

“He was elected to this post rather accidentally; only very few had assumed that he [Gašparovič] would beat Eduard Kukan in 2004,” Mesežnikov told The Slovak Spectator, adding that some people voted for him simply because they were against Mečiar.

Gašparovič, Smer and a second term

In 2006, when Fico and his Smer party were elected, Gašparovič began preparing the ground for his own re-election. He was notably friendly towards the Fico government when signing the laws that Fico and his ruling coalition allies produced. The fact that he did so despite the presence of the Mečiar-led HZDS in the ruling coalition showed how politics in Slovakia often takes strange turns.

Gašparovič won the 2009 presidential election after collecting 55.53 percent of the votes in the second round. His challenger, Iveta Radičová, the then-joint candidate of the parliamentary opposition parties, won 44.46 percent of the vote with a 51.67 percent turnout. In the 2009 presidential election, Gašparovič owed a large part of his success to Fico even though Radičová, who shortly thereafter became Slovakia’s prime minister, garnered considerable support.

During the election campaign Gašparovič attacked Radičová for being a member of the SDKÚ and for the support she received from her party. Despite Gašparovič’s renewed claims that he was running as an independent candidate, the SITA newswire published a video recording from a Smer party meeting in Košice, which featured the president. He was not aware that he was being filmed.

“We are alone here, so I can say that I am practically a member, and my failure would be the failure of Smer,” Gašparovič said. “If I am not elected, nothing happens; maybe from a personal point of view it would be better for me, I will have time for my family. But it is now about Smer.”

When confronted by reporters about this statement, Gašparovič first denied having said any such thing, clearly oblivious to the video recording. Later, his spokesman tried to finesse Gašparovič’s statements, suggesting that the president had never denied that his social programme was close to Smer’s.

Gašparovič has failed to contribute to the perception of the presidential post as a non-partisan, independent and inclusive position, said Mesežnikov.

“Even if he sometimes claimed it as his goal, he has not done it, and he always entered party politics on the side of Fico and Smer,” Mesežnikov said, adding that “he has not used, in my opinion, the chances that the presidential post offers for creating a different platform that would help to solve problems”.

Kusý, too, has objected to Gašparovič’s cosy relationship with Smer.

“He openly identified with Smer and its concept while suggesting to the public that he would do what Smer wants him to do,” Kusý told The Slovak Spectator.

Mesežnikov and Kusý singled out Gašparovič’s refusal to appoint Jozef Čentéš to the post of general prosecutor after he was lawfully elected by parliament as among the president’s biggest failings.

The term of the previous general prosecutor, Dobroslav Trnka, expired in February 2011, but it took until June of that year for parliament to elect Čentéš as his replacement. However, Gašparovič then refused to appoint him despite the Constitutional Court ruling in October 2011 that his election had been constitutional. He faced extensive criticism from the opposition and political analysts for refusing the appointment and then for presenting what they said were insufficient reasons for formally rejecting him.

Kusý suggested that “he was toying with the constitution and its interpretation” while taking a rather deliberate approach.

In terms of where Gašparovič took the status of the presidential office, Kusý suggested it was “definitely towards lesser importance”.

“He showed that even if he [the president] is not heard and seen, he is not missed by anyone and nothing is really happening,” Kusý told The Slovak Spectator.

Both, Mesežnikov and Kusý struggled when asked to name positive contributions that Gašparovič made to the post.

As far as foreign policy is concerned, Gašparovič was more or less in line with the country’s basic foreign-political and security priorities and “there he came across rather positively,” said Mesežnikov, adding that “he actually was not the one who co-created the foreign policy, but he only followed the defined priorities, and I have to add, more so than the prime minister”.

However, according to Mesežnikov, Gašparovič has not been as pro-active as he could have been.

“I do not think there were any,” Kusý said in reference to his positive contributions to the presidential office.