OUTGOING Judicial Council Chairman Štefan Harabin has opted for the last possible day to hold the election for his successor, leaving open the question of whether he will run if the second attempt to elect the new Judicial Council and Supreme Court chairman yields no results. 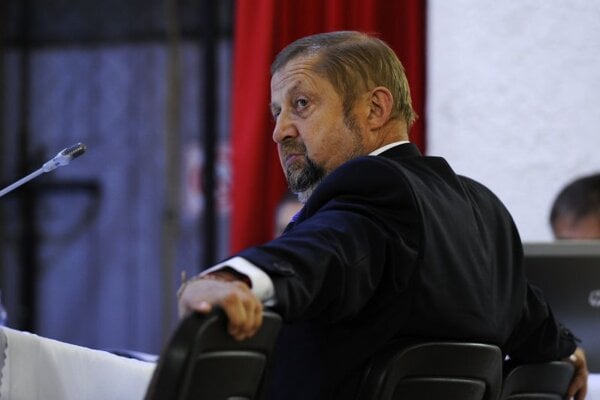 OUTGOING Judicial Council Chairman Štefan Harabin has opted for the last possible day to hold the election for his successor, leaving open the question of whether he will run if the second attempt to elect the new Judicial Council and Supreme Court chairman yields no results.

The Judicial Council, the body overseeing the country’s judiciary, will convene on September 16 to vote for Harabin’s successor. The top judge has remained faithful to his unorthodox selection of venues for crucial council sessions. After holding the first vote in the far east of Slovakia, in Sobrance, the second vote will take place in the municipality of Spišské Hanušovce. The town’s mayor, Jozef Dudžák, was unaware of the location of the vote and only learned about it via the internet. It seems that the election will take place in a local boarding house in a mansion, the Sme daily wrote.

Kiska claimed the new members will be independent. At the same time, he added that when talking to his nominees, he discovered they share some of his opinions about the election of the Supreme Court president, the TASR newswire reported. Kiska hopes Harabin’s successor will be elected in the upcoming vote.

Harabin, who has held the twin post of the Judicial Council chair and the Supreme Court president since 2009, sought re-election in Sobrance but failed to win, as did his rivals in the vote: Jana Bajánková, nominated by Justice Minister Tomáš Borec, and Zuzana Ďurišová, representing judges who are critical towards Harabin.

“And what if someone gets elected?” Harabin asked in response to journalists’ questions about whether he would be interested in running in the third round, if one is required. He refused to speculate on the matter and did not provide any further details.

Harabin’s term as Supreme Court president expires on June 22. Until the new chair is elected, the court will be headed by vice-chair Jarmila Urbancová.

Meanwhile, Harabin was elected as chairman of the penal college of the Supreme Court on June 16, with 11 out of 16 votes, TASR reported. Harabin, who was the only candidate for the post, will replace Judge Harald Stiffel, who was dismissed after he reached 65 years of age.

Evaluating his tenure shortly before it ended, on June 16, Harabin underscored that when he took over the Supreme Court in 2009, court proceedings lasted four years on average, but now that time has been cut to a year.

“The fact that the centre-right parties reject me and the centre-left doesn’t recommend me is the best kind of endorsement, in my book,” claimed Harabin, as quoted by TASR, adding that even businesses reject him, which he sees as an indication that he cannot be bought.

Harabin reiterated his negative stance on security screenings for judges, introduced by the recently passed constitutional amendment authored by the ruling Smer party along with the opposition Christian Democrats (KDH).

“If there were a genuine motivation to clear public life of corruption, bribes, ‘tunnellers’ [embezzlers], cheats and thieves, then those security screenings should also apply to government members, state secretaries, MPs and tax and customs office directors,” he asserted.

After he failed to get re-elected to his dual post on May 19, Harabin denied that his failure to collect at least 10 of the 16 votes from members of the Judicial Council actually means that his term at the helm of the Supreme Court is over.

“Have I lost? What are you talking about?” Harabin responded in an interview with journalists to the question of whether he is unable to accept defeat. “I won because I had the highest number of votes.”

In eastern Slovakia’s Sobrance, where Harabin summoned the vote, he failed to collect enough votes of members of the Judicial Council in the first and second round of the election.

After the new Judicial Council chair and Supreme Court president is elected, the final decision will be up to Kiska.

Kiska said prior to his inauguration that he would not appoint Harabin if he were re-elected, due to his history within the judiciary.

While during his presidential campaign Prime Minister Robert Fico said that he would not recommend Harabin to seek re-election, on May 21 he said that he will in no way get involved in the election of the Supreme Court president.