A DANGEROUS precedent is what an international media freedom watchdog labelled the first verdict in the Bonanno case, as the court ordered a publisher to apologise to a Supreme Court judge. 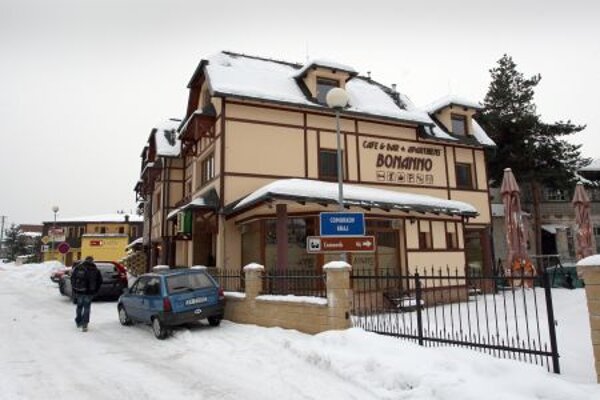 A DANGEROUS precedent is what an international media freedom watchdog labelled the first verdict in the Bonanno case, as the court ordered a publisher to apologise to a Supreme Court judge.

The Bratislava II District Court delivered its verdict in the Bonanno case on June 16, ruling that the Nový Čas tabloid daily must apologise to Supreme Court Judge Daniel Hudák.

The Bonanno case in fact consists of a series of lawsuits that Ringier Axel Springer, the publisher of Nový Čas, faces in connection with the publishing of photos from a private meeting of prominent lawyers and judges, dubbed the Judiciary Oscars Association, in the Bonanno bar in Rajecké Teplice in autumn 2010. A total of €1.8 million in damages is being sought in the lawsuits.

Back in late August 2010, Ľubomír Harman, a 48-year-old man wearing blue ear defenders and armed with an assault rifle, shot dead seven people before killing himself in Devínska Nová Ves.

The Judiciary Oscars Association met two months after the shooting spree in October 2010, and in June 2011 Nový Čas published images from the party of retired judge Tibor Péchy sporting blue ear defenders and carrying an imitation assault rifle, plus video footage of the meeting. The judges and the senior prosecutor are objecting to associations made between the images from the meeting at the Bonanno bar and the mass murderer, arguing that there was no mimicking of Harman.

In the first verdict in the case, the Bratislava II District Court ruled Nový Čas must apologise to Hudák, but has not yet decided on the damages he should receive. Hudák demanded €100,000, but the sum is to be decided only once the regional court upholds the verdict.

The daily will have to publish the apology on the first page with a headline the same size as the headlines of the original articles.

The court claimed that the daily’s reporting about the event was not the problem, but rather, that it “used inadequate evaluating judgments and inappropriate criticism”, said Judge Zuzana Korčeková, as quoted by the Sme daily.

The court claims that the newspaper interfered with Hudák’s right to the protection of personal integrity, the SITA newswire reported, citing the verdict. The verdict also mentions inappropriate criticism and inadequate evaluating statements featured in the original article.

The court also claims that Nový Čas violated the law by publishing a picture of Judge Hudák along with his name without his consent.

“It is a case that can be beautifully extended to journalists, to publicly active persons,” Hudák told journalists following the ruling, as quoted by SITA. “We will try for the borderline between these two opposing poles to gain certain character features.”

The publisher of the daily will appeal against the verdict, with its solicitor Róbert Bános saying they do not agree with the ruling.

“We have done everything to prove that the meeting occurred; we provided an evaluation from the Czech Republic that confirmed the published pictures were authentic,” Bános told SITA.

The international press freedom watchdog International Press Institute (IPI) has called the verdict a dangerous precedent, with the Slovak branch of the IPI having expressed concerns about the verdict.

“Judges of the Bratislava II District Court have demonstrated solidarity among judges in the wrong place and condemned the Nový Čas daily for publishing facts about the inappropriate behaviour of judges, prosecutors and other people from the judiciary,” Pavol Múdry of IPI told The Slovak Spectator. “By doing so, they transferred the guilt from persons who failed morally to a medium that published it in the public interest.”

IPI Slovensko called on the regional court to take into consideration the clear photographic and video evidence and “to cancel this incomprehensible verdict”. IPI pledged to keep its foreign partners updated on the case.

This is not the first time the case has attracted the attention of international watchdogs.

The Organisation for Security and Cooperation in Europe (OSCE) has cited the case in the past, stating that judicial pressure on the media is the biggest threat to freedom of the press in Slovakia.

The Bonanno case was one of several involving current and former (often prominent) members of Slovakia’s judiciary cited in the OSCE report, submitted by Representative of Freedom of the Media Dunja Mijatović on June 13, 2013.