WHILE some experts see Russia’s halting of gas supplies to Ukraine as a political issue, Slovak Prime Minister Robert Fico perceives it as a commercial dispute. 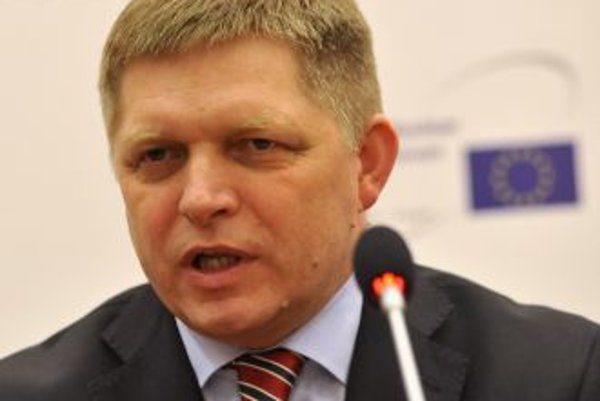 WHILE some experts see Russia’s halting of gas supplies to Ukraine as a political issue, Slovak Prime Minister Robert Fico perceives it as a commercial dispute.

“I still want to perceive the problem between Russian and the Ukrainian side, as far as gas is concerned, as a commercial dispute,” Fico said on June 16, as cited by the TASR newswire. “I want to perceive it at the level of taken gas – unpaid gas – invoices, which should be settled.”

According to Fico, if somebody wanted to use gas as a political weapon, then the gas would probably be cut off in the winter, when gas consumption and problems with gas supplies are significantly more serious than in the summer.

After Russia and Ukraine failed to reach an agreement over gas payments, Russia halted natural gas supplies to Ukraine on June 16, demanding upfront payments for future supplies while gas transit to Europe should continue without any reductions. Russia, as well as Ukraine, filed lawsuits at the Stockholm international commercial arbitration court. So far, the main gas companies in Slovakia, the gas utility SPP and the gas transporter Eustream, have not registered any changes in supplies of Russian gas from Ukraine to Slovakia.

Karel Hirman, the director of the Energy Policy Section at the Slovak Innovation and Energy Agency (SIEA), does not consider this dispute to be primarily a commercial one.

“I do not think that the thought about gas as a weapon is correct,” said Hirman, recalling that also in January 2009, when Russia cut gas to Ukraine, the gas crisis was only part of the then crisis of relations between Kiev and Moscow, much like now.

According to Hirman, it is necessary to perceive the current halt in gas supplies from Russia to Ukraine in the context of larger relations between the two countries.

“These are very dangerously escalating this year; actually both countries have found themselves on the edge of a possible armed conflict,” Hirman told The Slovak Spectator. “Gas always used to be a kind of litmus test or indicator of mutual relations.”

This is why Hirman thinks that a complex agreement in the matter of gas supplies until the situation calms down and until both sides start negotiating about fundamental security-political issues of mutual relations is impossible. He believes that arbitration is a standard solution of mutual questions in gas trade and not turning off the taps or restricting transit.

“As the price of gas for Ukraine significantly exceeds prices for clients in the EU, it is no longer unbearable; also, it is not possible for Ukraine not to pay for all the gas it has taken,” said Hirman. “A settlement of debts and an agreement over an acceptable price are mutually connected things.”

When comparing the gas crisis from January 2009 to the current situation, Hirman said that the current crisis is taking place in the context of sharpened tensions between the two countries, which has most clearly manifested itself in the annexation of Crimea and armed clashes in eastern Ukraine.

“This is a fundamental difference,” said Hirman, adding that another difference is that in 2009, gas supplies were cut in winter, while now it is the beginning of summer.

When Fico compared the two situations he highlighted that previously Russia halted all gas supplies to Ukraine as well as the rest of Europe, and that at that time winter was quite cold and there was no possibility of a reverse gas flow.

“Ukraine refused to help us despite the fact that it had full [underground gas] storage facilities,” Fico told TA3.

“I consider the entry of the EC into the negotiations to be positive and under the given situation [the general escalation of tensions] I think that only the EC can help to find a compromise solution, which both countries will respect, at least in the short-term horizon,” said Hirman.