PMÚ fines IT firms for cartel

THE ANTITRUST Office has penalised five IT distributors for forming a cartel and manipulating fees for deliveries of goods. The companies involved must pay an aggregate fine of €4.28 million. 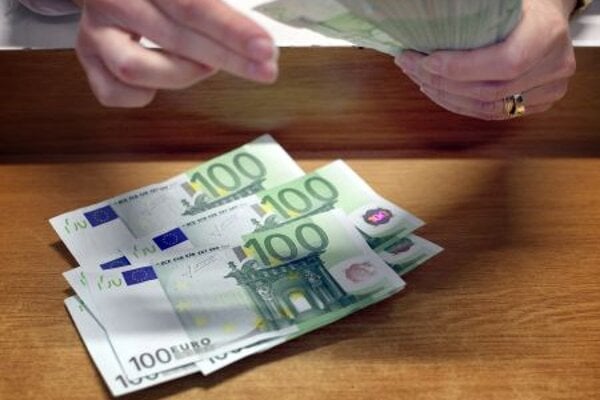 THE ANTITRUST Office has penalised five IT distributors for forming a cartel and manipulating fees for deliveries of goods. The companies involved must pay an aggregate fine of €4.28 million.

The verdict is still not valid as the firms may appeal the decision, with some of them already announcing that they will.

“The fines were imposed for signing a cartel agreement whose subject was the implementation of a manipulation fee at €1,” Juraj Beňo from the cartel department of the Antitrust Office (PMÚ) told the press on June 17, as quoted by the SITA newswire.

The PMÚ specified that the companies agreed to form the cartel in February 2013 in Sri Lanka. One month later they started including the fee on their invoices. They did not impose it simultaneously, but gradually over the course of one week in order to avoid suspicion.

“This proves that the entrepreneurs knew about the illegality of their actions, which they tried to hide,” the PMÚ claimed, as quoted in a press release.

Shortly after introducing the fee, the PMÚ launched an inspection of all the companies involved. Shortly thereafter, the firms eliminated the charge. The inspectors found documents showing the cartel agreement, particularly within communication between representatives of the firms and in internal communications.

“Quick and successful action of the PMÚ was possible also thanks to the early warning from the public, which contained direct information about the possible cartel agreement,” the press release reads.

One company filed a complaint, objecting to the legality of the inspection. The Supreme Court, however, dismissed it.

Though the PMÚ has not specified the identities of companies, the DSL.sk website identified them as Asbis, eD’ Systems, AT Computers and ABC Data. The fifth company, identified as SWS Distribution, did not actually introduce the fee. The PMÚ took this into consideration and decreased its fine.

PMÚ spokesperson Andrea Wilhelmová told the Sme daily that by June 17 none of the companies had appealed the verdict. SWS Distribution, however, told the Hospodárske Noviny daily it plans to do so.

The PMÚ has meanwhile announced that whistleblowers will be rewarded for reporting the cartel agreements as of July 1. This will be possible thanks to the amendment to the law on protecting competition, which introduces the so-called whistleblower programme.

Under the new rules, a whistleblower will receive up to 1 percent of the aggregate fine imposed by the PMÚ, with the maximum amount not exceeding €100,000. If the companies participating in a cartel agreement do not pay the fine, the whistleblower will receive only 50 percent of the original reward, with the maximum amount not exceeding €10,000.

“The aim of this initiative is to support the fight against the most serious violations of competition, i.e. cartels,” said Radoslav Tóth, deputy head of the PMÚ, as quoted by the TASR newswire. Similar initiatives have already been introduced in Hungary and Great Britain, he added.

The PMÚ expects that the reward will motivate people who have relevant evidence and information about cartel agreements to report it.

“Currently, the biggest problem is that cartels are becoming more sophisticated and it is harder for the PMÚ to obtain evidence,” Tóth said, as quoted by TASR.

He also specified that only a person who is not an employee of the firm which has already asked for the so-called leniency programme (when a company involved in the cartel reports it) will be able to receive the reward. This should prevent a double advantage from one report, he explained, as reported by TASR.

The PMÚ will also protect the identity of the whistleblower during the whole process, Tóth said, as reported by SITA.