PEOPLE struggling to pay their energy bills and maintain a comfortable temperature in their homes may be eligible for a special benefit from the state. This stems from a concept to protect consumers from energy poverty, which the cabinet passed at its June 11 session. Though energy producers call the document a first step in fighting energy poverty, they warn that further discussion is necessary. 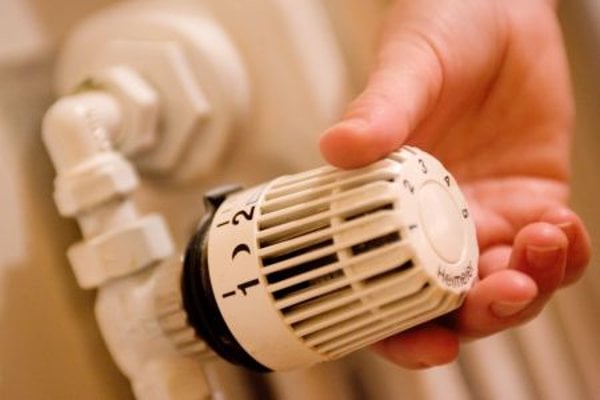 The government is to help people unable to pay their energy bills. (Source: SME)
Font size:A-|A+0

PEOPLE struggling to pay their energy bills and maintain a comfortable temperature in their homes may be eligible for a special benefit from the state. This stems from a concept to protect consumers from energy poverty, which the cabinet passed at its June 11 session. Though energy producers call the document a first step in fighting energy poverty, they warn that further discussion is necessary.

Based on the concept, the government will create a working group comprised of the ministers of labour, economy and finance, as well as representatives of other fields.

“The aim of these ministers will be to prepare legislation that will solve the questions of energy poverty,” Labour Minister Ján Richter said, as quoted by the SITA newswire.

He added they will offer low-income households a special social benefit that should help them pay their bills. He did not reveal any other details, saying they will be specified only by the working group.

Energy poverty occurs when consumers cannot afford to heat their homes based on the standards set by the World Health Organisation (WHO). In Slovakia, this includes people who are not in material need, but cannot afford to pay for energy to secure their basic needs, according to the concept.

When drawing up a plan for how the concept would work, the authors took inspiration from Spain and Italy, where low-income households receive a subsidy at the end of the settlement period. The average sum they receive is about €150, Richter said, as reported by the Sme daily.

The first measures may become effective as of next year, the minister added, as reported by the TASR newswire.

Concept does not answer all questions

“The social benefit to households which are endangered with energy poverty is an effort for directness and prevention of abusing the aid, which would be possible if we used a flat rate,” Miroslav Lupták, spokesperson for the Regulatory Office for Network Industries (ÚRSO), the author of the concept, told The Slovak Spectator.

In addition to the social benefit, ÚRSO is proposing to optimise tariffs, which means creating more time zones during the day when electricity is cheaper, Lupták explained. People at risk of energy poverty would then use their utilities mostly during these times.

The Stredoslovenská Energetika (SSE) electricity distributor believes that the state should solve the energy poverty problem through improving its social policy.

“Therefore, we consider the concept an impulse to find solutions in Slovakia, since there are no specific measures, legislative or non-legislative, which would be implemented, for example, by the Labour Ministry,” SSE spokesperson Jana Bolibruchová told The Slovak Spectator.

Also, the Slovak Association of Heat Producers (SZVT) considers the concept a foundation for a discussion about energy poverty. It is necessary for several ministries to try to solve the problem, and that the specific measures are discussed with representatives of energy producers and suppliers, Miroslav Obšivaný, chair of the board of the SZVT, told The Slovak Spectator.

On the other hand, the concept has not answered several important questions, for example, who will pay for the household subsidies.

“Such subsidies of prices only for the needs of households that are supplied with heat from the central heat supply would increase the costs of state and heat producers by some €75 million a year,” Obšivaný said, as quoted by SITA.

Another problem is that the concept says nothing about disconnecting the utilities of poor households if the companies administering the flats are late with their payments, Obšivaný explained.

Regarding problems that may accompany the implementation of the concept, Lupták mentioned establishing criteria and a definition of the group of people threatened with energy poverty.

Changes to the original concept

The government originally planned to discuss the concept at its March session, but delayed the discussion when ÚRSO introduced new material. The original text, submitted in December 2013, suggested addressing energy poverty with a special tariff, but the regulator changed it and proposed using social benefits instead.

Because of this change, Richter said at the time that further negotiations were necessary.

“I, personally, am prepared to pass both solutions, but am still convinced that the so-called special tariff would be better,” Richter added, as quoted by SITA.

The proposal, however, was widely criticised. ÚRSO received more than 100 substantial comments, mostly from energy suppliers. They warned that the state should solve energy poverty through social policy. ÚRSO had first defended the proposal, saying that the protection of people should stand on merging the social and energy policy of state, as reported by SITA back in March.