AFTER Slovakia failed to complete Rázsochy, a state-of-the-art medical facility in Bratislava whose construction was launched during the communist regime in the 1980s, the Robert Fico government is working on a new mega health-care project with a price tag of about €250 million. The plan is to build and operate a hospital via the public–private partnership (PPP) scheme. The feasibility study postpones the project’s planned completion until 2017. 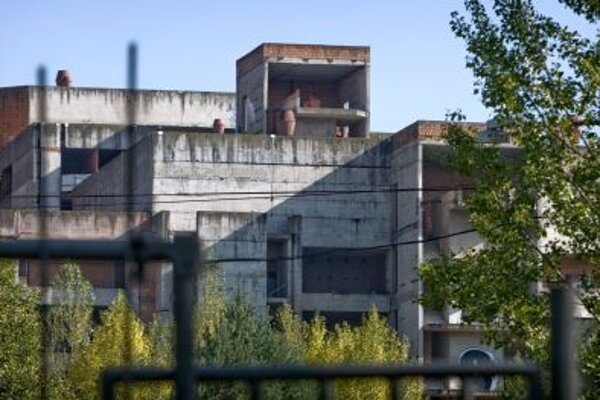 AFTER Slovakia failed to complete Rázsochy, a state-of-the-art medical facility in Bratislava whose construction was launched during the communist regime in the 1980s, the Robert Fico government is working on a new mega health-care project with a price tag of about €250 million. The plan is to build and operate a hospital via the public–private partnership (PPP) scheme. The feasibility study postpones the project’s planned completion until 2017.

“We want a hospital that will provide not only quality health care, but that will not create debts,” Health Minister Zuzana Zvolenská said, as cited by the SITA newswire, referring to the big debts that many Slovak hospitals continue to rack up. She recalled that the health-care infrastructure in Bratislava is in poor condition, while hospitals in Slovakia are generally obsolete. Their average age is 42 years and any space to enhance them through modernisation has almost been completely utilised.

The cabinet approved a feasibility study on June 11 on the investment tabled by the Health Ministry, moving the project from the preparatory phase to the implementation phase.

According to Ivan Poprocký, the head of the Institute for Health Policy at the Health Ministry, the feasibility study has made the project to construct the hospital more realistic, with dates for the launch and completion of the project postponed. Based on the latest plans, the investor could be chosen by the end of 2015, and construction may start in early 2016, to be completed in 2017. The new hospital was originally slated for completion in 2016.

The project is to be carried out as a PPP project, the first time this scheme would be used in the health-care sector in Slovakia. The plan is designed so that the hospital would not require additional funding from the state and thus not deepen the state’s debt. Poprocký specified that according to the business model proposed in the study, the hospital’s income from public health insurance should be high enough to cover its operational costs as well as its investments.

The Health Ministry’s plan calls for a private investor to build the hospital, while the state would own the facility, which would guarantee a long-term contract with a health insurance company. It should have over 700 beds and be able to handle approximately 40,000 hospitalisations annually. After the hospital starts operating, other buildings of the Bratislava University Hospital are to be closed down.

The new hospital should also serve as a centre for education and research. It will be part of the BioMedPark project, which includes the construction of a university hospital, a bio-medical scientific park of the Slovak Academy of Sciences and new premises of the Medical Faculty and the Pharmacy Faculty of Comenius University, and it is to be situated on the current premises of St Michal’s Hospital in Bratislava’s Patrónka neighbourhood.

Another of Smer’s pet projects?

While plans to digitise Slovakia’s health-care system and return to a unitary health insurance scheme have both been postponed, Viliam Novotný, an MP for the opposition Slovak Democratic and Christian Union (SDKÚ), considers the plan to build the new hospital in Bratislava to be yet another pipe dream of the ruling Smer party.

Though parts of the feasibility study have not been made public, Novotný believes it is unclear exactly how the Fico government will finance the hospital, while the hospital itself will not be built until the next government, as the current term of Fico’s government ends in March 2016. Novotný also points out that state end hospitals, i.e. those dealing with patients with the most serious conditions, are not able to achieve a balanced budget based on payments from health insurance companies. Moreover, the new hospital will not only need to cover its operating costs, but will also have to pay back investments to the private investor. Novotný also considers this investment scheme to be in contradiction with Smer’s ideology, which has in the past opposed private capital in the health-care sector. Smer rejected switching hospitals into joint-stock companies when it perceived the move as a path towards privatisation, the TASR newswire wrote.

The Penta investment group has shown interest in the project in the past and its spokesperson Martin Danko confirmed for the Hospodárske Noviny economic daily that its interest continues. Penta will decide only once it knows the terms of the cooperation with the state.

“For us it is most important that the private investor has the opportunity not only to construct the hospital, but also to operate it over the long term,” said Danko, as cited by Hospodárske Noviny.

Penta already operates health-care facilities in Slovakia and Poland, while in Slovakia it operates hospitals in central and eastern Slovakia via the Svet Zdravia network.

Váhostav of Juraj Široký, which rebuilt the Roosevelt hospital in Banská Bystrica, is interested, too, according to the Sme daily.

The idea to build Rázsochy, a state-of-the-art hospital in Bratislava, was born more than 30 years ago. But what started out as an ambitious project to serve patients from across Slovakia, and to house medical students, resulted in a huge but unfinished complex which was later left to rot, and has been ravaged by scavengers seeking scrap metal and other materials.

The construction of Rázsochy began in 1987, two years before the fall of the communist regime in Slovakia. The complex was supposed to have been completed in 1993, but construction was halted in 1990. The second Mikuláš Dzurinda government stopped the project completely in 2003. Today only the skeleton of the huge facility remains.

Minister Zvolenská considers the issue of the unfinished Rázsochy to be a separate problem, and she will submit a legal analysis of the solution within the next few weeks.