WHEN Štefan Harabin failed on May 19 in his bid for re-election as the head of the Supreme Court and the Judicial Council, the body that oversees the country’s judiciary, the public learned the names of those in the council who supported the incumbent, as well as those who voted against him. This might not be possible when the Judicial Council makes another attempt in mid-September, however, as the ruling Smer party pushed through a change on June 24 to make the process a secret ballot. 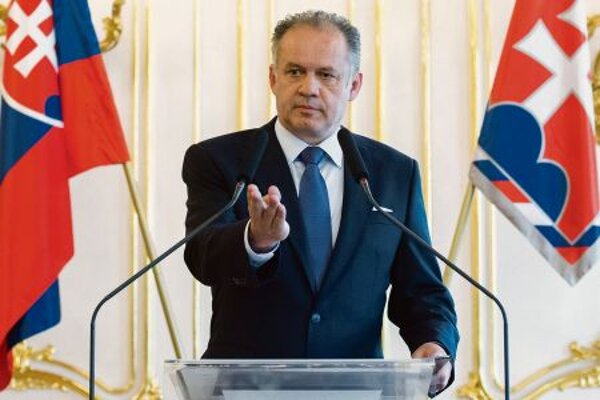 WHEN Štefan Harabin failed on May 19 in his bid for re-election as the head of the Supreme Court and the Judicial Council, the body that oversees the country’s judiciary, the public learned the names of those in the council who supported the incumbent, as well as those who voted against him. This might not be possible when the Judicial Council makes another attempt in mid-September, however, as the ruling Smer party pushed through a change on June 24 to make the process a secret ballot.

Smer packaged the shift in a set of laws tied to the recent amendment to the constitution involving the judiciary and the controversial definition of marriage manufactured with the help of the Christian Democratic Movement (KDH).

Smer did not need the votes of the KDH for this particular change, which makes all the voting of the Judicial Council on personnel issues closed to the public, be it appointing or recalling a judge, the SITA newswire reported.

Public voting was introduced by the government of Iveta Radičová.

While the Justice Ministry welcomed the change, suggesting that the “revision creates conditions for increasing the responsibility of judges as well as increasing the overall trust in the judiciary”, judiciary ethics watchdog Via Iuris holds quite a different opinion and suggests that these changes will worsen the condition of the judiciary.

For example, if Harabin is re-elected to the post of Supreme Court president, the public will not know which individual members voted for him, Via Iuris argued in a release.

According to the judiciary ethics watchdog, decisions made by members of the Judicial Council have thus far evoked many doubts about its objectivity, while the secret ballot would result in even more doubt around personnel decisions, because members of the council “will no longer be under any public control and will be deciding with the awareness that the public will never learn how they voted in the council”.

Via Iuris claims that, in what it calls the “unfavourable situation of the Slovak judiciary”, it is crucial that the citizens have information on how particular members of the Judicial Council decide over important personnel questions.

The change to secret voting sailed through parliament as part of an amendment to the law on judges rather unexpectedly, with the Sme daily reporting that some Smer deputies did not even know that the law was included in the programme.

Harabin has opted to hold the election for his successor on the last possible day, September 16, leaving open the question of whether he will run if the second attempt to elect the new Judicial Council and Supreme Court chairman yields no results. He also remained faithful to his unorthodox selection of venues for crucial council sessions. After holding the first vote in the far east of Slovakia, in Sobrance, the second vote will take place in the municipality of Spišské Hanušovce.

Harabin’s term as Supreme Court president expired on June 22 and until the new chair is elected, the court will be headed by vice-chair Jarmila Urbancová. Meanwhile, Sme reported that Urbancová is looking into several decisions made by her predecessor: “she is doing a financial audit and is preparing for the creation of the work schedule for 2015”, her office told Sme.

Sme also reported that Harabin’s idea to hold the session of the Judicial Council in Sobrance cost more than €4,700, according to published invoices, while noting that it is still unclear whether the next election will actually be held in Spišské Hanušovce.

Eleven of the 17 members of the council have requested to summon a session to elect a new deputy chairwoman after President Andrej Kiska recalled Mária Bujňákova, SITA reported, adding that the new deputy chair could eventually decide on a different location for the session.

Meanwhile, Harabin was elected as chairman of the penal collegium of the Supreme Court on June 16, with 11 out of 16 votes, the TASR newswire reported. Harabin, who was the only candidate for the post, will replace Judge Harald Stiffel, who was dismissed after he reached 65 years of age.

Evaluating his tenure shortly before it ended, on June 16, Harabin underscored that when he took over the Supreme Court in 2009, court proceedings lasted four years on average, but now that time has been cut to a year.

“The fact that the centre-right parties reject me and the centre-left doesn’t recommend me is the best kind of endorsement, in my book,” claimed Harabin, as quoted by TASR, adding that even businesses reject him, which he sees as an indication that he cannot be bought.

Harabin reiterated his negative stance on security screenings for judges, introduced by the recently passed constitutional amendment authored by Smer along with the KDH.

“If there were a genuine motivation to clear public life of corruption, bribes, ‘tunnellers’ [embezzlers], cheats and thieves, then those security screenings should also apply to government members, state secretaries, MPs and tax and customs office directors,” he asserted.

In one of his first moves after being sworn in, President Andrej Kiska recalled on June 18 three members of the Judicial Council nominated by his predecessor Ivan Gašparovič, replacing the trio in the 18-member top judicial body overseeing the courts with his own nominees. Ján Klučka, Jozef Vozár and Elena Berthotyová replaced Eduard Bárány, Gabriela Šimonová and Bujňáková, with Bárány resigning one day earlier from the council on his own, saying he does not want to be associated with Kiska.

According to Kiska, the new members of the Judicial Council – Klučka, a former constitutional judge; Vozár, a member of the Slovak Academy of Science (SAV); and Supreme Court Justice Berthotyová – will perform their posts independently. Nevertheless, they do share the president’s vision for the next Supreme Court president to replace Harabin.

“As president, I do not intend and I cannot intervene into the decisions that they will be making as members of the Judicial Council,” Kiska said, as quoted by SITA, adding that, nevertheless, as far as the election of the Supreme Court president is concerned, the president and the candidates have a similar opinion on the personal and professional criteria for the candidates. “The judiciary should get for its top a firm moral authority, whose professional qualities are a natural requirement.”

Kiska hopes that the new president will be elected in the next round of elections, announced for September 16, and requested that the new members of the council work actively towards that end.