New captial not to be taken for granted

THOUGH Denmark and Slovakia are similar in size and population, Denmark is a highly innovative country with a sophisticated system of promotion and branding, which Slovakia can learn from. Slovakia benefits from Danish investments, which bring expertise and new jobs, and are diversified and spread out among the regions. But with other countries eyeing Danish investments, there is room for Slovakia to improve as an investment destination. 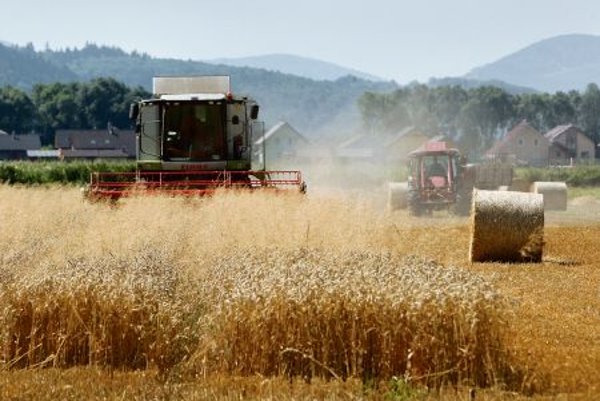 THOUGH Denmark and Slovakia are similar in size and population, Denmark is a highly innovative country with a sophisticated system of promotion and branding, which Slovakia can learn from. Slovakia benefits from Danish investments, which bring expertise and new jobs, and are diversified and spread out among the regions. But with other countries eyeing Danish investments, there is room for Slovakia to improve as an investment destination.

“Denmark, as a comparatively very similar country, has one of the best and most sophisticated systems [in terms of] its investment environment, exports and branding in general,” Juraj Paľa, director of the EU department of the Slovak Chamber of Commerce and Industry (SOPK), told The Slovak Spectator. He added that similar to Slovakia, about 25 percent of its jobs are linked to export sectors and exports have, in recent years, been the driving force of the economy and job creation. “This is why it is exceptionally important to continue in assessing and transferring the best Danish practices [to Slovakia], of course, when taking the parameters of Slovakia’s economy into consideration.”

Based on data from the National Bank of Slovakia, Denmark is the 17th biggest investor in Slovakia, Richard Dírer from the Slovak Investment and Trade Development Agency (SARIO) told The Slovak Spectator.

“Dynamic [mutual] economic contacts are confirmed by the data on the historically highest volume of mutual trade, which in 2013 reached almost €800 million,” Dírer told The Slovak Spectator.

According to the SOPK, interest among Danish investors and entrepreneurs in the Slovak market has persisted and is gradually expanding. When discussing the major factors of Danish investors and entrepreneurs’ continued interest in Slovakia, Paľa cited positive experiences with doing business here, knowledge of the market, a qualified and available labour force, reasonable wages, a strategically beneficial position, acceptable costs and the country’s close proximity to key European markets.

“Continuing interest in extending their business activities in Slovakia can be registered especially at those companies which manufacture products for end clients of Danish companies,” said Paľa. “A positive feature is that these companies not only declare interest in extending their business activities in Slovakia, but also actually implement their plans with the real creation of new jobs.”
Paľa added that Danish investors’ trust in the Slovak market is confirmed by the fact that all their affiliations have Slovak management, a trend that has been strengthening in recent years. He stressed that while Danish companies in Slovakia employed approximately 8,000 people in 2010, today it is almost 14,000.

SARIO sees the manufacturing of products from rubber and plastic, machinery production and agricultural development as having the best prospects for Danish companies already established in Slovakia looking to expand.

Earlier this year, Thomas Bustrup from the Confederation of Danish Industry (DI), met with Peter Burian, state secretary of the Slovak Foreign Ministry in Bratislava. Both praised the signing of a cooperation agreement between DI and the SOPK.

“The signing of the agreement is another step forward and we hope that its result will be specific commercial projects,” said Burian, as cited by the TASR newswire.

Paľa of the SOPK added that the agreement should bring intensified cooperation and support of contacts, especially between small and medium-sized companies.

Jens Holst-Nielsen, director of DI’s international trade and market, told The Slovak Spectator that the agreement was signed in October 2012.

“The agreement is a symbol of the good cooperation between the Danish and Slovak business communities, which we hope to extend further in the coming years to the benefit of our many member companies which are active in the Slovak market,” said Holst-Nielsen. “We hope that both the companies which export to Slovakia and the Danish companies, which have established a company in Slovakia, will benefit from the economic cooperation between Denmark and Slovakia.”

DI is interested in the Slovak market and is keen to increase Danish exports to Slovakia.

“Quite a large number of Danish companies have … invested in their own production facilities and their own companies in Slovakia,” said Holst-Nielsen. “Some Danish companies have already been present in Slovakia for many years and are pleased to be there for a great many reasons. The fact that Slovakia is now part of the EU’s internal market is highly important for further investments.”
But Dírer and Holst-Nielsen warn that Slovakia should care more about its appeal to foreign investors.

“Asian countries are becoming competition for Slovakia for the inflow of foreign investments from Denmark,” said Dírer.

According to Holst-Nielsen, the benefits Slovakia offers will not be sufficient in the future.
“Danish companies will, for example, continue to look at the ability of the various EU member countries to implement and enforce new EU legislation when investing,” said Holst-Nielsen. “Many Danish companies either do not have the capacity or do not wish to invest in all European markets, so there is strong competition among European [countries] going on.”

Holst-Nielsen lists political stability and the rule of law as framework conditions of key importance. Long-term prospects are important too, and the same goes for the quality of the labour force, infrastructure and the geographical distance from Slovakia to Denmark and to so-called third markets. This also applies to good, service-minded municipalities that understand the needs of companies and are willing to support them if needed.

“However, like in other post-communist countries, Slovakia could benefit from a more efficient legal system for solving commercial disputes,” said Holst-Nielsen. “It can be a nightmare for a company if a commercial dispute takes years to resolve in the courts. Such a situation is likely to stop a company from making further investments in any market.”

Blika, a Danish furniture company which founded its Slovak arm in the eastern town of Trebišov in 2007, has been experiencing such a nightmare ever since the private owner of the industrial park, in which Blika is the only company, switched off the electricity earlier this year. Later, a court forced the park’s administrator to switch the power back on. The two companies have been disputing the coverage of electricity costs. The industrial park administrator cut Blika’s power once before in 2010, the Hospodárske Noviny economy daily wrote in late April.

SARIO cooperates with the Slovak Embassy in Copenhagen and other institutions to attract Danish investors.

“In 2014 the embassy, in cooperation with the Confederation of Danish Industry, the Nordic-Slovak Chamber and SARIO, organised the traditional investment seminar Invest & Visit Slovakia,” said Dírer.

Paľa added that the next similar event will be Innovation Days of Slovakia, to be held in Copenhagen on December 4, to introduce Slovakia’s innovation potential and create or accelerate business contacts and projects.

Paľa also recalled the second Slovak-Nordic Innovation Forum, which took place in Bratislava on June 5, where representatives of Danish companies and institutions participated. Products, services and products with high added value were presented, in which Slovak companies showed an interest in manufacturing.

Since its launch in 2002, SARIO has assisted in 24 successful Danish investment projects, especially in the sectors of furniture production, machine production and manufacturing products from rubber and plastics. These investments, worth €280 million, created almost 3,500 jobs.

Steen Pedersen, the vice-consul at the Danish Embassy in Bratislava, told The Slovak Spectator that the number of Danish-owned companies active in Slovakia in recent years is approximately 50. The Danish subsidiaries are involved in production, service and sales and farming.

Paľa noted that Danish investors are welcomed in Slovakia because of the diversification of their investments around the whole country, with operations in eastern Slovakia (ConvaTec in Michalovce, Tytex in Humenné, Glunz & Jensen in Prešov, Knudsen Plast in Vranov nad Topľou, Blika in Trebišov and Linak Župčany near Prešov), as well as their willingness to invest in a wide range of sectors, particularly machine engineering, footwear and furniture, waste collection and disposal, plastics processing and ecological farming.

“These fields represent a high grade of expertise among Danish companies, which is used in Slovakia,” said Paľa. “The aim of our support is to join these investment projects with technological development and innovations. Our efforts is to support these trends so that more innovation and development activities are carried out in Slovakia.”