THE CULTURE of the country that is often considered “the gateway to the Nordic region” can be found in abundance in Slovakia. 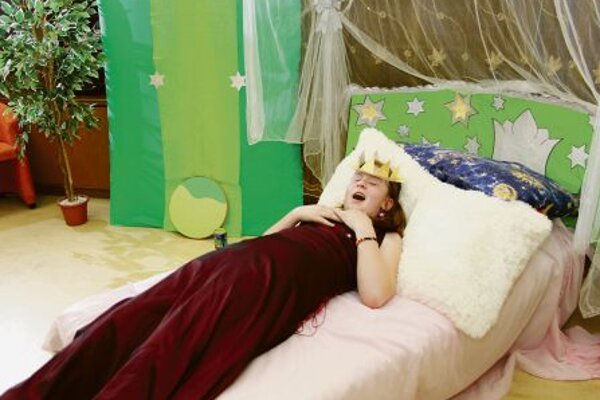 "The Priness and the Pea" during the Night With Andersen. (Source: TASR)
Font size:A-|A+0

THE CULTURE of the country that is often considered “the gateway to the Nordic region” can be found in abundance in Slovakia.

In some cases, its roots run deep, as with Hans Christian Andersen, the renowned fairy tale writer who visited Bratislava in June 1841 on his European travels. The same can probably be said about other artistic and cultural phenomena, like Danish films, music and one of the country’s more popular exports, beer.

“In terms of literature, the embassy has within the last six months supported activities related to Danish philosopher, theologian and writer Soren Kierkegaard, who is an inspiration for a number of Slovaks,” Steen Pedersen, the vice-consul at the Danish Embassy to Slovakia, informed The Slovak Spectator.

He added that as part of the 200 year anniversary celebrations of Kierkegaard in 2013, the exhibition ‘Soren Kierkegaard – The Global Dane’ was presented at Constantine the Philosopher University in Nitra, in December 2013. The exhibition comprising 16 large posters provided an introduction to Kierkegaard both as a person and as the father of existentialism. The posters contained a mix of photos of Kierkegaard’s original manuscripts, journals, notebooks and more. The Central European Research Institute of Soren Kierkegaard in Nitra (www.ceri.sk) was a project partner.

“On May 5, 2014, a new book, Soren Kierkegaard and the Existential Turn, was presented at Nitra University,” Pedersen further wrote. The book was yet another publication of Kierkegaard’s thoughts by Dr Roman Králik, the Director of the Central European Research Institute of Soren Kierkegaard in Nitra, and his colleagues.

Music, another popular Danish export, saw embassy support through the presence of Danish accordionist Bjarke Mogensen at the 24th annual Allegretto music festival in Žilina on April 8, 2014. Mogensen, no stranger to Slovakia, won the Slovak SPP Foundation’s New Talent prize in 2012.
“In addition to the events supported by the embassy, we are also glad to experience a number of other events related to Danish culture taking place in Slovakia,” the embassy wrote.

It named especially the work and popularity of Hans Christian Andersen: “This is, for example, illustrated by theatre plays and the annual event for children called ‘A Night with H.C. Andersen’. The latter has been arranged by the Slovak Librarians’ Association since 2006 in connection with the birthday of H.C. Andersen in April. More than 30,000 children have participated since the first event.” Children gathered in libraries read Andersen’s fairy tales and enjoyed accompanying events, with some even spending the night in the local libraries.

Danish education experts offered their knowledge and expertise to Slovak teachers in a conference called A Teacher Is not Google, which was organised in June to seek innovative methods and new roles for teachers in an ever-changing world flooded with information.

On a lighter note, beer aficionados flocked to the new Beer Festival in Košice in mid June, where they imbibed not just Danish beer, but also Slovak, Czech, Scottish and German varieties.
Denmark is known the world over for its films, and NordFest, which took place in March, offered three Danish films and three Danish co-productions, in addition to a Danish-Swedish-Icelandic ‘travel evening’ as an accompanying event.

The Danish film The Carbon Crooks, by Tom Heinemann, also won the News and Publicist section of the Envirofilm Festival of environmental films in Banská Bystrica in late May.

The Ambassador, another Danish movie, opened the One World Festival of socially engaged films in late 2013. The Lumiére film club in Bratislava dedicated an entire weekend in June to Danish filmmaker Lars von Trier, showing four of his films: Manderlay, Antichrist and two sequels of Nymphomaniac.

As for future events, Danish musicians are slated to appear at summer festivals and concerts: Rangleklods will perform at the Grape festival in mid August in Piešťany, and the Rock Pod Kameňom (Rock under A Rock) festival on August 7-9 in the eastern-Slovak town of Snina will host Danish group Pretty Maids.

Positive change needed during the pandemic. Giving Tuesday is approaching

Check tips on how to participate.