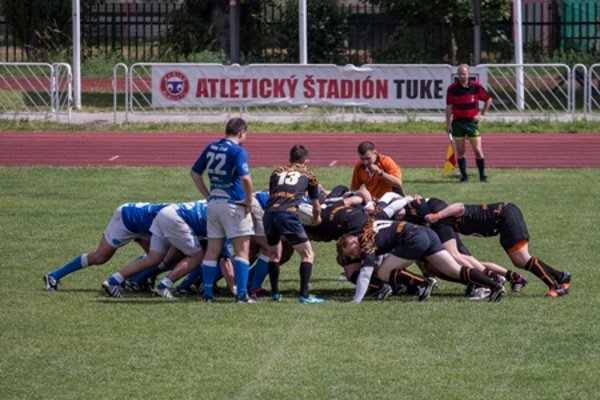 This type of rugby is more famous worldwide, while in Slovakia, Rugby 7’s has a longer tradition.
In the former type, there are 15 players in each team and there is more contact, and is traditionally dominated by countries like New Zealand, the UK and Ireland.

Local rugby club, RK Slávia TU Košice, hosted the top Slovak teams in the Slovak Cup, and as they managed to beat all their rivals, they surprisingly became the first winner of this top competition in the history of Slovakia, the club informed in a press release.

“This success means a lot to us,” said the president of RK Slávia TU Košice, Milan Sanči.
“We are especially glad because of the victory over the more experienced Slovak Bratislava team," he added. “This is a great motivation for us for the future…”

The Košice club also plays in the Rugby 7’s competition, which will become an Olympic sport starting in 2016.

On June 21, Košice competed in Bratislava for second place in the league chart, but ended third, after Bratislava and Trnava.