IF you think that the issue of environmental protection is only relevant in modern society, you would be mistaken. Influential Flemish botanist Carolus Clusius, who in the 16th century visited the forests of Devínska Kobyla near Bratislava, noted the disappearance of certain plants in the area and called for their protection. It is not clear how Clusius found the site, but Devínska Kobyla has since become a botanist’s heaven. 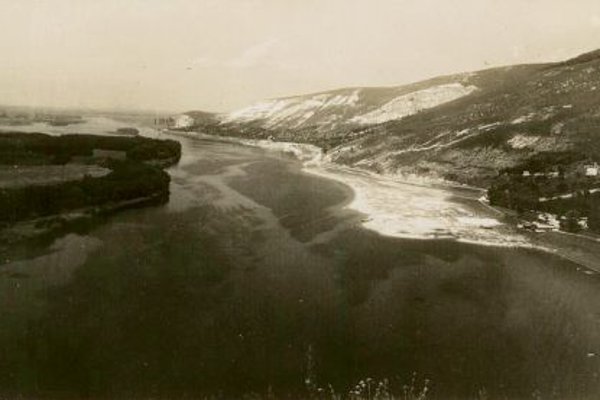 What makes this national reserve especially interesting to both botanists and palaeontologists is the area known as Sandberg. Discovered when extracting sand for stones in Devínska Nová Ves, it has since yielded one fascinating find after another.

Sandberg dates back to the prehistoric Tethys Sea, during which it was a sea bed, and later a sea reef and a coastal area. Scientists have discovered numerous bones and teeth from sharks, seals and whales there, as well as the fossils of gastropods and other aquatic creatures, dating from around 100 million years ago, when the area was under water.

Later, when this sand hill (Sandberg in German) became part of coastal islands, rhinos, mastodons, deinotheriums and bears lived in the warm, shallow waters, as documented by numerous remains found in the area.

However, Sandberg’s most exciting discoveries came in the 20th century, when scientists found the remains of Pliopithecus, distant relatives of humans, and the teeth of a Dryopithecus, a genus of apes.

We can see part of Devínska Kobyla in this postcard, which is probably from the early 1920s. Sandberg is seen in the background - the very last cliff overlooking the river. The photographer took this photo at a time when the Morava River was swollen, as, unlike nowadays, the floodplain is completely under water.