Čaplovič and Malatinský out (UPDATED) 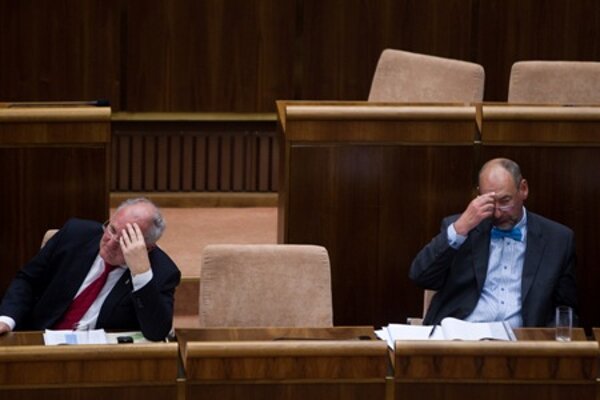 Čaplovič will be replaced at the helm of the Education Ministry by Finance Ministry’s State Secretary Peter Pellegrini, whom the ruling party elected as deputy chair at its June 28 congress.

The new Economy Minister will be Pavol Pavlis, who has served as the ministry’s state secretary until now.

Media has speculated about the departure of Čaplovič and Malatinský from their ministerial chairs for several weeks now. The changes in the cabinet, which followed changes in the board of the Smer party from June 28, are an attempt to combat falling preferences of Smer and its worse-than-expected performance in the European Parliament elections.

“I will continue fulfilling the programme statement of the government, I will actively work in the parliament and also cooperate with mister prime minister,” Čaplovič said as quoted by the SITA newswire.

Malatinský, who is not a Smer member, stressed he wanted to continue working on some projects that he began as minister. He is expected to become the prime minister’s advisor for concluding the work of the National Property Fund. He wants to create a holding company that would oversee the key companies in the energy sector, according to SITA.

“Perhaps it’s time for some change and I am not resisting that, so as of today I am filing my resignation,” he said as quoted by SITA.

Changes in the helm of the Education Ministry and the Economy Ministry are not the only ones to take place during this re-shuffling of positions that the cabinet is going through. Several other personnel changes on the level of state secretaries (deputy minister) are expected to be carried out in the near future as well.