DUŠAN Čaplovič is not new to governmental positions. The outgoing education minister served as the deputy prime minister for national minorities and human rights under the first government of Robert Fico, a post which was cancelled under Fico’s second tenure. 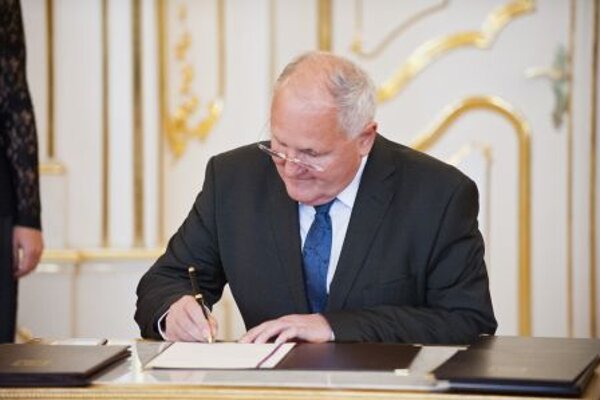 DUŠAN Čaplovič is not new to governmental positions. The outgoing education minister served as the deputy prime minister for national minorities and human rights under the first government of Robert Fico, a post which was cancelled under Fico’s second tenure.

Next, Čaplovič was placed at the helm of the Education Ministry. Education experts did not exactly applaud the move.

Čaplovič, a historian and archaeologist by profession, studied at Bratislava’s Comenius University. Between 1980 and 2002 he worked at the Slovak Academy of Sciences and later at the Archaeological Institute in Nitra. Since 2002, he has also been an MP for Smer.

His priorities at the Education Ministry included forging stronger links between educational institutions and businesses, with an emphasis on technical fields of study, more money for universities that conduct research and development, and an overall approach that is more responsive to the needs of the labour market.

Čaplovič, however, finishes after two years in office amid rumours about major changes in the education system which his ministry has planned for the upcoming two years.

Financing of schools in focus

One of the things that Čaplovič aimed to change was the financing of schools. He argued that the money-per-pupil system only motivates schools to compete for the highest possible number of students, but does not put any pressure on schools to improve the quality of education. The ministry’s intention was to consider the effectiveness of schools as well, the SITA newswire wrote.

Čaplovič also repeatedly clashed with the directors of private schools, as he endorsed a plan to finance private schools differently than public schools. At the moment, they receive the same money-per-pupil.

The final version of the changes in financing were to be announced this autumn, but it is not clear whether Čaplovič’s successor will take up his plans.

A war on grammar schools

Čaplovič made it clear from the beginning that he was not going to give extensive support to gymnasiums or secondary schools that teach comprehensive curricula, nor to preparing pupils for careers in humanities and medicine or technical university studies. One of his arguments against supporting gymnasiums was that there are too many university graduates majoring in humanities with slim chances of securing work in the labour market.

Čaplovič provoked a strong reaction when he stated that public finances flowing into vocational schools and gymnasiums should depend on the ability of their graduates to find jobs, advancing the logic that if graduates of a certain gymnasium fail to find jobs after graduating it proves that “the gymnasium prepared its students very poorly”, as quoted by the Sme daily. A vocational school or gymnasium in Slovakia provides three to four years of education beginning at the age of 15.

These schools would get less government funding if some proportion of their graduates were to remain unemployed or were to find employment in a specialisation other than what they studied, Sme wrote, such as when a trained hairdresser works as a sales clerk.

Sme reported that administrators of gymnasiums rejected this logic and claimed it is not their fault if graduates fail to find what the minister had called “an adequate job” after finishing school. Education experts commented that it is a useless and harmful approach to follow this logic, writing that it is more important to be able to get any kind of job right now and that will apply as well in the more distant future.

As education minister, Čaplovič also had to handle a major strike of teachers, which commenced on November 26, 2012. The striking teachers demanded a 10-percent increase in salaries for both pedagogic and non-pedagogic employees in the education system, as well as more money for the system in general.

In April 2013, Čaplovič and his ministry delivered a major report, albeit with a delay. The report outlined the state of the education system in Slovakia and solutions that the ministry believed could improve the situation. Čaplovič insisted that money was a key factor in fixing Slovak schools.

While the final version of the report approved by the cabinet mentioned the aim of increasing public funding for education to 6 percent of GDP by 2020 (as recommended by the OECD), the working version, which was leaked to the media and published first by the Hospodárske Noviny daily on April 4, was more specific. In it, the ministry counted on an annual increase of €200 million for education altogether.

“It always depends on the concrete situation of the budget,” Čaplovič said after the cabinet’s session, as quoted by the SITA newswire, when asked about the specific amount his department needs, adding that the goal of reaching 6 percent of GDP remains.

Finance Minister Peter Kažimír, however, made it clear that he would only agree to release more money for schools if systematic changes are made in the education system.

The cabinet still has not approved the final version of the report.