TOMÁŠ Malatinský was one of the cabinet’s few ministers with no political party affiliation. Smer selected him to head the economy department after the 2012 elections, when a sweeping victory enabled the creation of a one-party cabinet. 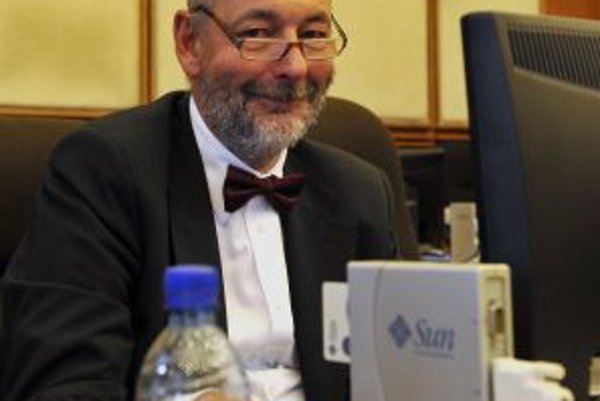 TOMÁŠ Malatinský was one of the cabinet’s few ministers with no political party affiliation. Smer selected him to head the economy department after the 2012 elections, when a sweeping victory enabled the creation of a one-party cabinet.

Malatinský, who is labelled the richest minister in the cabinet of Prime Minister Robert Fico, formerly served as the head of the Association of Employers‘ Unions and Associations (AZZZ). His was the last appointment to be announced for the cabinet in March 2012, and he was not Smer’s first choice for economy minister. Fico reportedly wanted the post to go to Ján Valko, the former head of JAVYS, Slovakia’s nuclear decommissioning company. He was, however, later appointed to head the country’s intelligence service, the SIS.

Back in 2012, representatives of other business lobby groups supported Malatinský’s appointment to the post of economy minister and said they expected him to contribute to the improvement of the business environment.

“The business environment over the past six years has, for different reasons, gradually declined and continues to decline, so the key task is to stop this decline,” said AZZZ Vice President Rastislav Machunka at the time, as quoted by the SITA newswire.

Upon his appointment, Malatinský said he was likely to have a sympathetic ear for employers when revising the Labour Code. Among his priorities he listed Slovakia’s energy policies and a re-evaluation of price regulation.

During Malatinský’s two-year tenure at the helm of the Economy Ministry, the state regained full control over the Slovenský Plynárenský Priemysel (SPP) gas utility, after the state purchased the 49-percent stock of SPP from the EPH company in early June 2014.

The process took almost two years, and the government and particularly the minister earned a lot of criticism from the opposition regarding the SPP purchase, SITA reported. The reason why Fico and Malatinský insisted on taking over SPP was that they wanted the state to control the prices of gas in the major gas provider, SITA wrote.

Malatinský also dealt with the problems surrounding the completion of the third and fourth blocks of the Mochovce nuclear power plant. The ministry has repeatedly clashed with the majority owner of Slovenské Elektrárne (SE), the Italian Enel energy giant, over the costs of the construction. The state kept suspending the increased investments in the project, with Malatinský claiming that Enel was not able to explain how the finances were actually used, SITA wrote. The deadline for completion remains vague.
Malatinský did not succeed with his Energy Policy, a major document drafted by his ministry that defined the targets and priorities of the energy sector in Slovakia until 2035, with an outlook for 2050.

Between 2012 and now, almost 7,500 new jobs were created in Slovakia, SITA quoted the statistics of the Economy Ministry, with over 2,700 of them in the regions with a higher-than-average unemployment rate. An estimated 15,000 jobs should be created in subcontractor companies.

As for major investors operating in Slovakia, Malatinský mainly had to deal with American steel-making giant U.S. Steel, which contemplated leaving the Košice-based plant, a major employer in eastern Slovakia. The parties reached an agreement in the end and U.S. Steel has stayed put for now, SITA wrote.

Malatinský also initiated the sale of the state’s 49-percent share in the Slovak Telekom company.

When reflecting on his performance towards the goal of improving the business environment in the country, Malatinský admitted he did not succeed as he wanted to and noted that the burden of red tape burden businesses are facing in Slovakia is still too heavy.

“It’s like when you’re weeding, and [the weed] keeps growing back,” he said as quoted by SITA. “It seems to me we won’t be able to manage it as we would need to.”