AFTER two years of discussions, the representatives of employers, trade unions, ministries and regions introduced their idea for dual education at schools, which calls for secondary school students to gain practical work experience in specific fields with companies that have signed an agreement with their school. 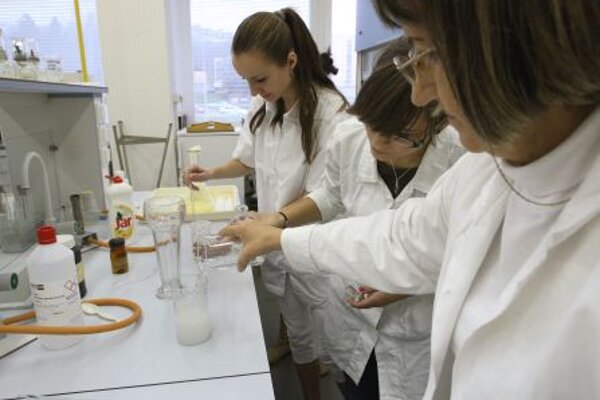 AFTER two years of discussions, the representatives of employers, trade unions, ministries and regions introduced their idea for dual education at schools, which calls for secondary school students to gain practical work experience in specific fields with companies that have signed an agreement with their school.

The new rules will be part of the law that should come into force as of next year, and should create legal conditions for schools that will join the scheme in September 2015. It also calls for children to begin getting acquainted with technical education as early as primary school, and a push to encourage kids to discuss future job prospects with teachers or guidance councillors.

“We have moved in a good direction, but we still have a long way ahead of us,” Július Hron, coordinator of employers at the government’s council for vocational education and vice-president of the Slovak Automotive Industry Association, told the press on June 6.

The transformation of the dual education scheme is based on three national projects: the development of secondary vocational schools, the national system of qualifications (whose ambition is to describe 1,000 qualifications and define the basic skills and knowledge required for certain professions), and modernising primary schools.

The dual education system is nothing new in Slovakia. The schools followed the scheme in the past, but it gradually faded after the fall of communism. Employers however call for the return of the system, and say they lack educated professionals graduating from vocational technical schools. Though businesses need about 30,000 such people, only 5,000 of 50,000 secondary school graduates go directly to the labour market every year, Hron said.

Moreover, vocational schools lack students in some specialisations. In Bratislava, for example, only about 15 percent of primary school pupils continue at technical schools, said Štefan Chudoba, state secretary of the Education Ministry.

When preparing the scheme, the authors cooperated with foreign investors and foreign chambers of commerce, especially from Germany and Austria, which have much experience with dual education. They have created several projects which are currently successfully running, Chudoba explained. Many are focused on the automotive industry.

A shift to employers

The proposed scheme is being tested at 21 schools focusing on different industrial fields, Hron said.

The new framework for dual education will be also anchored in a law that the ministry will submit to parliament during summer. The main principle will be the division of the education time to 60 percent of practical experience at companies and 40 percent of theoretical education at schools, Chudoba told The Slovak Spectator.

Hron hopes that the law will be passed by the end of this year so that first schools will introduce the dual education system as of September 2015. It will mostly affect schools with three-year studies which now lack students.

Dual education advocates contend it is necessary to introduce technical studies and specialisations that are missing in the labour market to primary school students. Such schools should guide children on their way to future education, according to Zdena Osvaldová, the team leader in the National Project Development of Secondary-School Vocational Education.

A survey carried out on more than 6,000 pupils from fifth to ninth grade in June 2013 showed that their decision about secondary school is often influenced by their parents (47.9 percent). Only about 25 percent of children said it is their teacher. Moreover, children do not talk to teachers or guidance counsellors about their future career.

The survey also showed that only 2.7 percent of primary school students think they have technical skills. When it comes to specific professions, only 20 respondents said they would study wood processing, while 26 would like to work in metallurgy.

“It is necessary to change the perception of technical professions which pupils are not very interested in,” Osvaldová told The Slovak Spectator.

The problem is that schools lack relevant information about vocational education, Osvaldová said. Therefore, they want to introduce a new catalogue which will introduce technical jobs to students, so they can later choose to study them.

About 49 primary schools have joined a project that introduces polytechnic education to pupils. Osvaldová said they will now check whether teachers really use and work in the new labs and technical classrooms that are part of the project.

“We do not want to diminish the role of the parents in preparation for a future profession, we only want to strengthen the role of the school as a relevant, trustworthy partner for our children and our parents,” Osvaldová said.