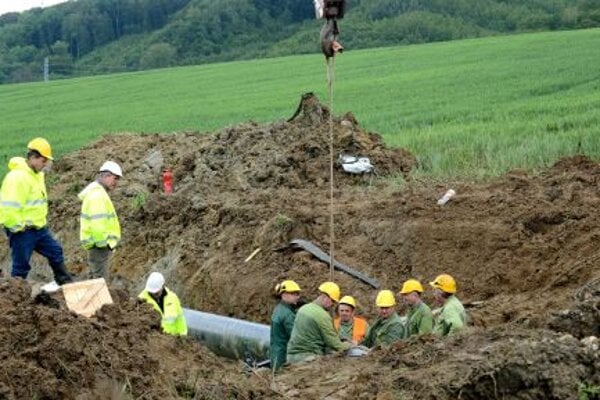 “As part of the market survey for gas transmission via the Vojany-Uzhgorod pipeline a number of shippers have expressed their interest and submitted their binding bids to Eustream,” Eustream spokesman Vahram Chuguryan said in an official release.

Open Season was launched on May 26, 2014 in line with the memorandum of understanding between Eustream and the Ukrainian Ukrtransgaz company signed on April 28 in Bratislava. The deadline was June 27.

Gas from Slovakia to Ukraine will flow through the pipeline, which connects Vojany and Uzhgorod, while the capacity of this connection is about 10 billion cubic metres of gas. Gas could begin flowing to Ukraine in September this year. Eustream will invest about €20 million into the project of reverse gas flow to Ukraine.

Eustream did not want to specify how many companies showed interest, the SITA newswire wrote, but the Hospodárske Noviny daily reported that more than five companies voiced their interest.

Chuguryan said that “we evaluated the Open Season as successful”, according to SITA.

The possibility of a reverse gas flow from Slovakia to Ukraine was discussed for more than a year, with the negotiations becoming more intensive after Russia increased the price of natural gas for Ukraine earlier this year. Slovakia advocated the option of using a 700-milimetre-diameter pipeline, built to supply the Vojany power plant with gas from Ukraine, to secure the reverse flow so as not to violate existing contracts. Ukrainian officials instead had hoped to utilise the spare capacity of four other existing pipes operated by Eustream going through Veľké Kapušany.

As far as finances are concerned, “it is a standard operation of gas supply to the territory of a different state with payments and with everything that involves”, said Fico back in late April.

According to the EC release, the successful implementation of gas flow from the EU to Ukraine was a win-win situation for both parties. It allows Ukraine to access various gas sources – among them Norwegian gas or liquefied natural gas (LNG) from the global markets – at competitive prices, the EU said.