Water exports may be banned

RESPONDING to a populist outcry, the ruling Smer party is considering adding a ban on exporting water into the country’s constitution. It would come with an exception for humanitarian emergencies, and the policy represents a sudden turn from discussions that have taken place in parliament in recent weeks. 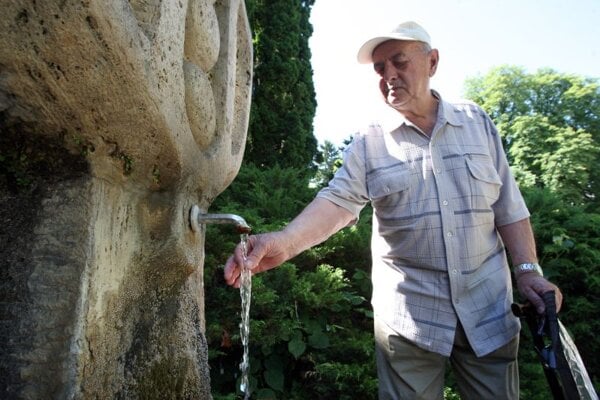 RESPONDING to a populist outcry, the ruling Smer party is considering adding a ban on exporting water into the country’s constitution. It would come with an exception for humanitarian emergencies, and the policy represents a sudden turn from discussions that have taken place in parliament in recent weeks.

The government’s plan to amend the constitution comes in the wake of a wave of critical reactions to the new rules regulating the sale of Slovak water abroad, which are being discussed by lawmakers. Some activists alleged that the Environment Ministry is paving the way for water exports while turning a natural resource into a commodity, with the ministry claiming that it only wants to regulate what has already been happening for some time.

“The aim of the proposed amendment is to prevent the uncontrolled and unlimited export of this strategic raw material, to the maximum possible extent,” Environment Ministry spokesman Maroš Stano told The Slovak Spectator in June.

Just a month ago, Smer, assisted by the opposition Christian Democratic Movement (KDH), amended the constitution to define marriage as a unique bond between one man and one woman.

The intention has already been panned by the opposition Most-Híd for what it called “turning the constitution into a tear-off calendar”.

Another opposition party, the Slovak Democratic and Christian Union (SDKÚ) said it is ready to discuss the eventual change to the constitution if Environment Minister Peter Žiga withdraws the amendment to the law on water, which already advanced to the second reading on July 9, from the parliament, the SITA newswire reported.

Smer will amend the fourth article of the constitution which pertains to raw natural resources while the constitutional ban should pertain only to exporting water through pipelines or tanks, not in bottles.

According to Fico, this is the first time that the government has had to seriously deal with the protection of water resources, while he hopes that any dispute on intentions to export water will end once the constitution is amended, SITA reported.

Slovakia in 2012 used just 13.6 percent of its water reserves, according to the Sme daily.

The amendment to the law on water, approved by the government on June 4, defines water as being a subject of strategic interest for the security of the state and stipulates the protection of underground reservoirs in protected water areas with an emphasis on Žitný Ostrov in south-west Slovakia.

Among other things, the amendment prohibits the construction of pipelines through protected areas, introduces new fines for polluting water, imposes fees for irrigation water and changes fees for using surface water and groundwater. For example, in the event of extensive water pollution, the state might impose fines at €165,000, according to the draft.

The biggest attention, however, went to the new rules over selling and exporting water abroad, which should be subject to permission by the state. The draft introduces permits for a period of 10 years.

The approval process should involve the applicants preparing at their own expense an analysis on the impact of the extraction of water from a specific location and then along with a permit from the regional authority, the application should go to the environment minister, who would assess whether the offered price for the water is acceptable. The minister might issue the permit alone or leave it up to the government, the draft suggests, as interpreted by Sme.

The part regulating water exports would be dropped from the amendment as soon as the government tables its proposal for the change of the constitution, Sme reported.

“Based on our information, no other EU country allows exports of water for commercial purposes,” Fatulová told The Slovak Spectator in June. She noted that neighbouring states do sometimes exchange small amounts of water, although not with profit as a motive.

The ministry claims that with the amendment it is only responding to the Right2water petition. Its aim was better protection of water by the public and an understanding of access to water as a human right, not a commodity.