Success based on alliances

IN ORDER to present a competitive alternative to Smer, centre-right forces need to make sure that even the parties whose voters’ support has dropped down to the 5-percent threshold will make it into parliament, because only a strong coalition of centre-right parties stands a chance of competing with Smer in the 2016 elections, Grigorij Mesežnikov, president of the non-governmental think tank Institute for Public Affairs (IVO), says in an interview with The Slovak Spectator. 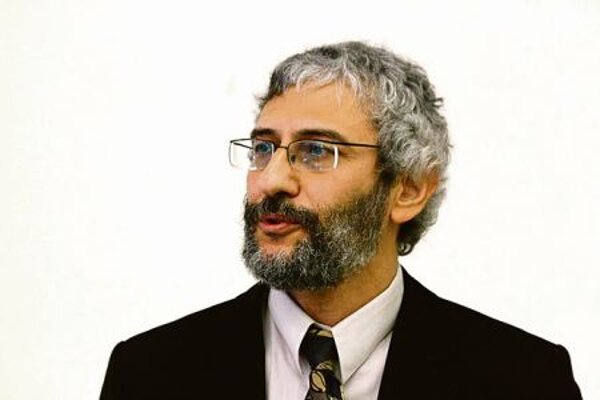 IN ORDER to present a competitive alternative to Smer, centre-right forces need to make sure that even the parties whose voters’ support has dropped down to the 5-percent threshold will make it into parliament, because only a strong coalition of centre-right parties stands a chance of competing with Smer in the 2016 elections, Grigorij Mesežnikov, president of the non-governmental think tank Institute for Public Affairs (IVO), says in an interview with The Slovak Spectator.

The Slovak Spectator (TSS): Since the fall of Iveta Radičová’s government in 2011 it has generally been acknowledged that centre-right politics in Slovakia needs reviving. Is there any hope that centre-right politicians will make this happen before the 2016 elections?
Grigorij Mesežnikov (GM): Since 2012, various attempts for a restart or regrouping of the centre-right subjects have occurred. So far, the results have been very modest, unless we count the recent project of Sieť, but with that we still need to wait and see. Just the mere fact that Sieť receives rather stable support in the polls means that the right-wing voter expects a new offer. The offer that has so far been presented as an alternative does not seem to have persuaded the voters very much. Now, the centre-right needs to eliminate the risk that the votes for those parties that have found themselves in the risk zone, that is between 4.5 and 5.5 percent [voters’ support], will be lost. There are several parties like that and it is up to them to solve this situation somehow.

TSS: One such party is NOVA. How do you see their chances?
GM: I only see a chance for NOVA if it enters some grouping, such as an election coalition or a joint candidate list, prior to the 2016 elections. It turned out that the project of joining conservatives and liberals was not convincing enough. I believe it was problematic from the very start, as there really weren’t favourable conditions for such a union to gain wider support among voters. And now they have fallen out. Daniel Lipšic is a strong politician. If they manage to include the NOVA brand into some pre-election grouping, there is a chance for them. I think that this is going to be task number one for several parties, among them also the SDKÚ.

TSS: Did the conflict between the liberals and Lipšic surprise you? The liberals accused Lipšic of undemocratic practices. Were they right?
GM: The people who joined NOVA after it was founded had spent a couple of years in parliament before, and had had an opportunity to test the ways of various politicians, including Lipšic. They should have known what sort of union they were entering. Now they accuse Lipšic of being a dictator, but before that they worked together within one grouping, so that doesn’t make this [accusation] very trustworthy. On the other hand, I acknowledge that Lipšic in some situations has a very spectacular way of asserting his authority. But for the liberals it wasn’t their first day in politics. Experienced politicians should avoid participating in projects that then result in these kinds of mutual accusations. The liberals underestimated the situation - not just Lipšic’s personality, but also the coherence of the subject as such.

TSS: Then there is Radoslav Procházka, who has had conflicts with his fellow centre-right politicians too, most recently with Richard Sulík over their mutual support in the presidential election and the European elections.
GM: That conflict has no ideological basis. It’s not a clash between a liberal and a conservative, even though they do label themselves as such. This is merely their personal conflict, and it is not going to influence the situation on the right side of the political spectrum. Things like this happen in politics all the time, many of them remain concealed from the public.

TSS: What is Procházka’s coalition potential? How is he going to be able to maintain good relations with other centre-right politicians?
GM: I believe his ability to adjust his communication with his potential partners to the current situation will be one of the key conditions [for his success]. He is not going to be able to form a government alone, and he is apparently not inclined to form a coalition with Smer. That means he is only left with creating alliances with parties which are closest to him regarding values. Those are the established parties. He was part of one [the KDH] until recently. They are his potential partners. There is nothing else left for him but to maintain and nourish their mutual relations in a way that will not make their cooperation impossible.

TSS: One of these established parties is the SDKÚ, but it has experienced a steep drop in voter support since the fall of the government in 2011. Is there a chance for the party to get back on its feet?
GM: Unlike in the case of NOVA, the SDKÚ is a full-area party that has lost a considerable part of its support, and some of its important figures have deserted it. But I believe it still has a chance to get across the 5-percent parliamentary threshold in 2016. If they don’t manage to gain the necessary support, they can always enter some pre-election alliance with another party. I don’t believe the party will necessarily go extinct. But now the cards are being dealt anew in the centre-right political space, and the party needs to reckon with being a small party rather than a medium or large one. But it still has a chance even to be part of a ruling coalition.