A PROPOSAL to strengthen the rules for hiring people through temporary employment agencies has created a rift between the social partners. While the Labour Ministry and trade unions claim the changes will improve working conditions for temporary workers, employers and agencies say the new rules will abolish agency employment and leave many people without work. 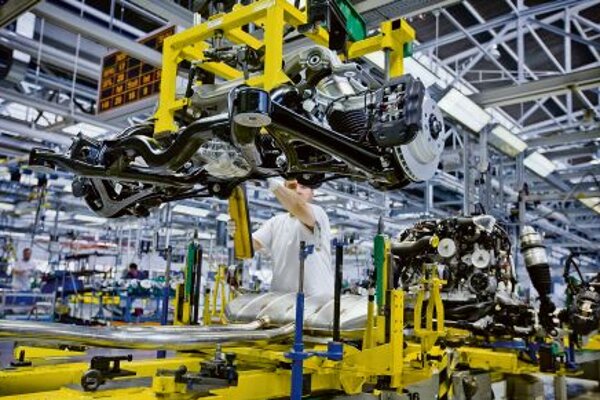 Temps are to have same rights as regular staff. (Source: SME)
Font size:A-|A+0

A PROPOSAL to strengthen the rules for hiring people through temporary employment agencies has created a rift between the social partners. While the Labour Ministry and trade unions claim the changes will improve working conditions for temporary workers, employers and agencies say the new rules will abolish agency employment and leave many people without work.

Currently, some 1,000 temporary employment agencies offer their services in the Slovak labour market. Since the Labour Ministry believes that not all of the agencies employ people under fair conditions, it is proposing stricter rules and a requirement for employers to share responsibility with the agencies over temporary employees’ salaries. The proposed changes are included together in three laws: the Labour Code, the law on employment services and the law on commuting benefits.

The draft has been submitted for inter-departmental review. If passed by parliament, the laws will become effective as of January 1, 2015.

“We assume that temporary employment should have certain fair rules,” Danica Lehocká, head of the Labour Ministry’s labour department, told The Slovak Spectator.

The main aim of the changes is to secure rights for employees and fair competition between agencies, as well as employers.

“Agencies that want to observe the law are often at a disadvantage to those that do not,” Lehocká continued.

She does not assume the proposed changes will have any negative impacts on the labour market, but rather, that they will have a positive social impact on employer-employee relations.

The employers and employment agencies, however, claim the new rules will hinder the flexibility of the labour market, particularly a proposal requiring employers to specify exactly how long they will keep an employee from an agency. Many companies hire temporary employees, for example, to help with an unexpected surge in orders, and then dismiss them as soon as the rush is over.

“For such a situation there is agency employment, whose task is to secure a flexible labour force for employers,” reads the press release issued by the Federation of Employers’ Associations (AZZZ) and the National Union of Employers (RÚZ).

Moreover, the Alliance of Recruitment Agencies of Slovakia warns that about 20,000 temporary employees hired through employment agencies may lose their jobs if the rules go into effect.

The ministry, however, says the flexibility of the market will not be impacted, since most of the proposed measures aim to secure the same conditions for agency employees as regular employees, and to end abuse of agency employment, Lehocká said.

“I assume that the changes will not significantly affect the honest agencies,” Michal Páleník of the Employment Institute told The Slovak Spectator. He added that the question is whether the law will help to remove from the market those agencies which rely on unfair practices.

The ministry suggests introducing what it calls the shared responsibility principle. This means that temporary employees must earn the same salary as regular employees if they both do the same work. If a temporary employee earns less, the agency would have to pay the difference from its own budget. If the agency fails to cover this cost, the difference would have to be paid by the company, the TASR newswire wrote.

Employers would therefore be required to check the salary documentation of the agencies.

Also, a cap will be placed on the number of times a company can hire the same person. Currently, there is no limitation on this, which means that people can work for several years for the same employer without being offered a regular working contract by the company. Under the new rules, firms will only be allowed to hire a temporary employee for 12 or 18 months. If the temporary employee works for the same employer longer than that, the company will have to offer this person a regular position, TASR wrote.

Additionally, the agreements will have to specify the date when a temporary employee’s job ends. An employer will not be able to hire an employee for hazardous work, and will be allowed to fire this person only for organisational reasons.

Moreover, the ministry proposes to change conditions for cases when a company signs a deal with another firm working in the same field, rather than with an employment agency. In such cases, companies often order a service from other firms which is then done also by people with limited working agreements, so-called “na dohodu”, under terms which are not allowed when employees are hired through an agency. If the ministry discovers that such a work meets the criteria of temporary employment, then the agreement would be considered as temporary employment and employers will have to follow the rules for temporary employment.

Another change pertains to the actual place of work. Agencies often declare that their employees work in a different town from where they are actually working. This allows the agencies to pay them only minimum wage, with the employee receiving the rest of his or her income in the form of pre-tax commuting compensation. Though the final salary is the same as what is stated in the agreement, the problem is that the agency does not calculate the employee’s pension contribution based on the whole salary, but only the minimum wage, as reported by TASR.

The ministry also says it wants to solve a problem with shell companies with a residence abroad, which sign agreements with Slovak companies and send employees abroad to avoid payroll taxes. Under the proposed changes such firms would have to observe Slovak laws, TASR wrote.

Employers claim that some of the proposed measures are impractical and even at odds with the constitution and other international treaties that Slovakia has ratified. In this respect, they cited the cap limiting how long a temporary employee can work for one company. Neither the European Union’s legislation, nor conventions of the International Labour Organisation, set maximum limits on temporary work, reads the AZZZ and RÚZ press release.

Moreover, the so-called shared responsibility principle is unconstitutional since it punishes the company even if it has not violated the rules, according to both organisations.

“Similarly, the duty of an employer to control the agencies is not backed by any regulation and does not guarantee the accuracy of the data provided,” the press release states.

The trade unions, on the other hand, say that several countries within Europe are encouraged to improve the working conditions of temporary employees. Slovakia has much to do to catch up with other states, Emil Machyna, head of the OZ KOVO trade union, told the press on June 23.

In Austria or Germany, temporary agency employees are more expensive than ordinary employees, but in Slovakia, agencies try to make them as cheap as possible, and companies often use them to cut costs.
“The social status of people in the given region, where the agency employees are recruited and employed, is unbelievably abused,” Machyna said, as quoted by TASR.

Páleník says that rather than talking about flexibility and non-flexibility or increase and decrease in costs, it is important to talk about setting the same conditions for all employees, so they have the same rights and duties regardless of the firm with which they signed a deal. Moreover, the effectiveness of the changes will depend on how the law will be observed in practice.

It remains to be seen, Páleník added, “whether the changes will stay only on paper, or whether the controlling mechanisms will really change and the market will be cleansed of dishonest agencies.”