Project to back whistleblowers launched

CORRUPTION robs Slovak taxpayers of approximately €1 billion annually, a sum that could finance 20 new hospitals equipped with top technology, 10,000 new playgrounds or a flat hike in the salaries for teachers and nurses by €200, according to businessmen Miroslav Trnka and Michal Bláha, founders of the Let’s Stop Corruption foundation. 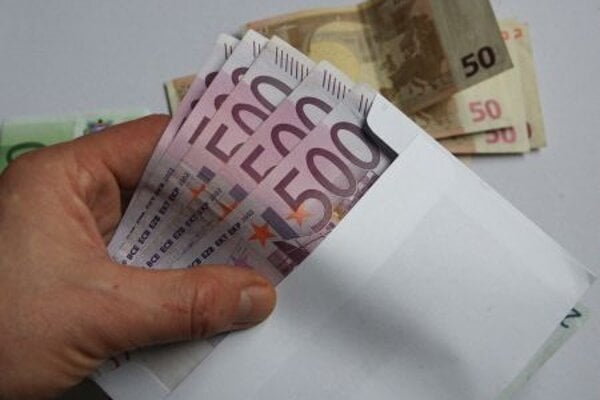 CORRUPTION robs Slovak taxpayers of approximately €1 billion annually, a sum that could finance 20 new hospitals equipped with top technology, 10,000 new playgrounds or a flat hike in the salaries for teachers and nurses by €200, according to businessmen Miroslav Trnka and Michal Bláha, founders of the Let’s Stop Corruption foundation.

Trnka, co-founder of software company ESET, and Bláha, who runs a PR business, have thus launched a website for whistleblowers as one of the main activities of their foundation where the public can report corrupt behaviour.

“You can turn to the foundation in case of suspicion of corrupt behaviour, fraud and tampering with public funds,” reads a statement on the Let’s Stop Corruption website, explaining that the foundation can file a criminal complaint on behalf of the whistleblower to protect their identity while “a team of our legal experts will do a maximum so that the case is not swept under the carpet”.

The foundation aspires to create an organisational, legal and financial ground for protection and support of whistleblowers, Trnka and Bláha, said as quoted by the TASR newswire, on July 11.

In the event that whistleblowers after reporting corruption are persecuted by the community or the employer, they can apply for legal, social or material support from the foundation, according to the website.

The founders of the whistleblower shelter say they want to try to change the mindset of people about public finances in Slovakia.

“We want to change it exactly because the finances of all of us are in question,” Trnka said, as quoted by TASR. Corruption is like cancer, as it spreads to all levels of the society and undermines its foundations, he added.

World rankings show a high perception of corruption in Slovakia. Based on the Anti-Corruption report of the European Commission (EC) published in February 2014, 90 percent of Slovaks believe corruption is widespread, while 53 percent believe that the level of corruption has increased over the past three years.

Though Slovakia has made considerable efforts to improve the legal anti-corruption framework and public procurement, several factors still limit the effectiveness of anti-corruption efforts, the EC stated in the report. Those factors are mainly problems with legislation, a perceived lack of independence of the judiciary and close ties between politicians and business.

Based on the newest Corruption Perceptions Index 2013 by Transparency International, Slovakia ranked 61st out of the 177 countries evaluated. Only Romania, Italy, Bulgaria and Greece placed lower among EU members. Simultaneously, more than 70 percent of people do not trust the courts and do not believe that justice prevails in Slovakia.

The founders, according to the Sme daily, argue that the police last year did not receive a single report on corruption, while the year before only just one. The anti-corruption helpline of the Slovak Government Office has not received a single complaint in 2013-2014, they said.

Meanwhile, the foundation might have its first whistleblower: Oto Žarnay from the Business Academy Polárna in Košice, who lost his job after exposing dubious spending by his school on legal services, according to the SITA newswire.

“I want to request help from you in this matter, because all of my previous attempts to reveal corruption, punishing those responsible and achieving justice have failed,” Žarnay wrote in his letter to the foundation, as quoted by SITA.

Žarnay won last year’s White Crow award, granted by the political ethics watchdog Fair-Play Alliance and Via Iuris legal think tank since 2008. The award honours Slovaks who take personal risks as whistle-blowers by challenging unethical or corrupt behaviour, and for displays of civic bravery and integrity, according to the White Crow award website.

“This award should have a symbolic value for all people who, unlike us or other [White Crow] laureates, have not said what they think yet,” Žarnay told The Slovak Spectator back in November 2013.

Several media outlets covered the case of Žarnay, who reported about an external lawyer getting more than €400 a month between 2011 and 2013. At the time several teachers at the business academy received only a basic salary. He also learned that the lawyer was once working in the same company as the brother of the head of the education department in Košice Region, which runs the academy. As the chairman of the school council, he asked for an explanation as to why the school was paying for legal services. Unsatisfied with the answer, he turned to regional government bodies.

In May 2013 he lost his job for “organisational reasons”, according to the White Crow website. The school’s headmaster has denied that he dismissed Žarnay because of his activities. He told the media that the school received less financing, and that also the number of students is decreasing. He allegedly did not know about the connection between the lawyer and the regional representative, explaining that the school needed the legal services because of the applications for EU structural funds.

Žarnay said that he does not regret his decision, and he would do it again, even if the sanctions would have been stricter.

While the mismanagement of finances was also proven by Košice Region’s main inspector, who filed a complaint with the Financial Control Administration, no one has been punished yet. Žarnay filed a criminal complaint over the suspicion of a non-transparent tender for legal services, but the police closed the case, concluding that no laws have been violated.

NGOs see a lot of room where they can help combat corruption and improve transparency.

“There exists a huge amount of possibilities,” Zuzana Wienk, the programme director of the Fair-Play Alliance (AFP), told The Slovak Spectator, adding that these include uncovering suspicions, commenting on laws, bringing in expert opinions, educating people, helping whistleblowers, organising campaigns and more.

According to Gabriel Šípoš, director of Transparency International Slovensko (TIS), NGOs primarily help to check the work of politicians, the issuing of laws, the allocation of subsidies and the organising of tenders.

“Without public supervision, all these issues are prone to corruption,” Šípoš told The Slovak Spectator.

The NGOs involved in the fight against corruption see the enforcement of the law on free access to information as an important part of their work.

“Offices still quite often unreasonably turn down citizens’ requests for information,” said Šípoš, citing a recent case when the Education Ministry refused to provide a businessman with the contract for the purchase of toners and changed its mind only after TIS provided legal aid.