AFTER stagnation in May, a moderate decrease in consumer prices resumed in June. Prices decreased by 0.1 percent in June compared with the same period of 2013, when the month-on-month comparison saw growth slow from May’s 0.2 percent to June’s 0.1 percent, the Slovak Statistics Office reported on July 14. 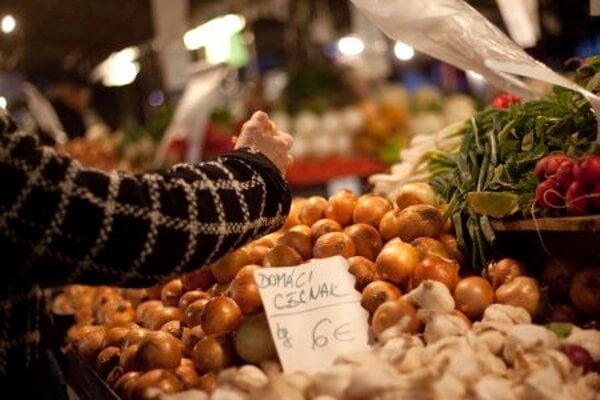 AFTER stagnation in May, a moderate decrease in consumer prices resumed in June. Prices decreased by 0.1 percent in June compared with the same period of 2013, when the month-on-month comparison saw growth slow from May’s 0.2 percent to June’s 0.1 percent, the Slovak Statistics Office reported on July 14.

“Slovakia is one of a few European countries which are in deflation this year,” said Michal Kozub, the analyst with Home Credit, as cited by the TASR newswire. “But also in many other countries, prices are increasing only minimally.”

According to Kozub, this is why inflation in the eurozone is around 0.5 percent, based primarily on Eurostat estimates.

“In the year-on-year comparison, food prices decreased the most, which is a relatively rare phenomenon,” Boris Fojtík, analyst with Tatra Banka, wrote in his memo. “Over the last 10 years, a drop in food prices was registered only twice, in 2005 and 2009.”

“The current year-on-year drop in food prices, of minus 1.7 percent, should reach, according to our estimates, the bottom, and at the end of the year we should already see a moderate increase in prices,” said Fojtík. “However, this will be, to a significant extent, inhibited by a very good harvest, which farmers are announcing at record levels.”

Fojtík ascribes the moderate m/m price level increase to new summer collections of clothes and footwear, which have brought higher prices, up by 0.9 percent. The hike in enrolment fees for university studies increased the price of education by 0.6 percent m/m. Prices of food and beverages and recreation and culture decreased equally by 0.1 percent on a monthly basis.

“Thanks to the drop in prices of basic consumption goods, the purchasing power of households is increasing for remaining goods and services,” Arady wrote in his memo. “Such an inflation structure was moreover accompanied by a revival of the labour market, supplemented by the drop in unemployment and sound growth of wages during the first quarter of 2014.”

Thus, in Arady’s opinion, it seems that private consumption has revived considerably, which has created space for gradual growth in the demand-driven portion of inflation.

In this category, prices grew 0.2 percent m/m, which was reflected in the growth of the y/y growth dynamics from May’s 0.3 percent to June’s 0.6 percent. Net inflation shifted away from its minimum in March and April and amounted to 0.1 percent in June, and was at 0.6 percent in June compared with June 2013.

Tatra Banka expects price levels in the coming months to be close to last year’s.

“The first indicators of a very moderate increase of prices can be expected during the final quarter of this year at the earliest,” said Fojtík.

The National Bank of Slovakia forecasts that inflation this year should be only just above zero.

After Slovakia’s historically lowest inflation in 2010, which was 1 percent, under the influence of a steep weakening in demand during the crisis, the country returned to faster price growth. In 2011, the headline inflation was 3.9 percent and in 2012 it was 3.6 percent. But in 2013, the growth of prices decelerated again, especially due to weak consumer demand, which resulted in average inflation at 1.4 percent.