LESS THAN six months after stricter rules punishing businesses for cheating on taxes became effective, the ruling Smer party is changing the law again. The amendment, cleared by parliament last month, will mitigate some penalties that are part of the current provisions and comes after one of the biggest retail chains in Slovakia, Lidl, faced losing its license after it allegedly issued inaccurate receipts. 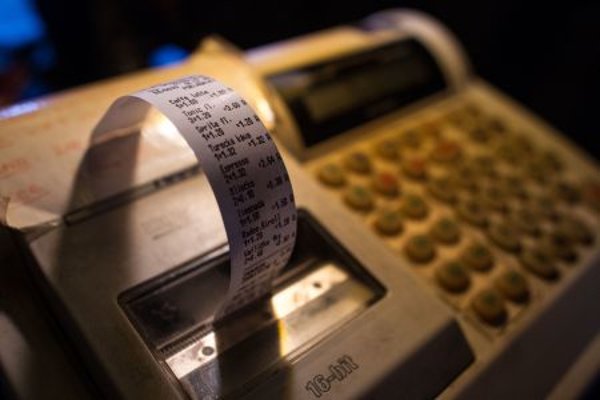 LESS THAN six months after stricter rules punishing businesses for cheating on taxes became effective, the ruling Smer party is changing the law again. The amendment, cleared by parliament last month, will mitigate some penalties that are part of the current provisions and comes after one of the biggest retail chains in Slovakia, Lidl, faced losing its license after it allegedly issued inaccurate receipts.

Though Lidl meets the conditions for losing the ability to do business in Slovakia under the current law, nobody has filed such a proposal with the licensing authority as yet. If a proposal is not filed before October, when the changes come into force, it will no longer be possible to do so at all.

Tax officers revealed in the beginning of the year that the chain was issuing receipts from defective cash registers, which could possibly enable it to cheat when paying taxes. Such a violation would be cause for Lidl to lose its business licence, the Sme daily reported on July 14.

The Financial Administration (FA) did not explain why nobody has filed a proposal to revoke the licence yet, saying that inspections and processes related to these inspections are still underway.

Two employees of the FA, however, told Sme that they hesitated to enforce the law, as they are afraid of the possible court proceeding Lidl may initiate after losing its licence. Since the tax officers, who checked more than 300 receipts submitted to the National Receipt Lottery, have not revealed any evasion, it would be hard to defend in court, according to Sme.

Meanwhile, Lidl has admitted to problems with cash registers, stressing that these were of a technical and accidental, rather than fraudulent, character. Moreover, the problems occurred on only a small number of 747 cash registers.

“With these [cash registers], no violation of our tax duties or reduction of revenues or taxes occurred,” Tomáš Bezák, a Lidl spokesman, told Sme.

Under the current rules, effective from January, tax officers can propose revoking a business licence after a company breaks the rules twice. After three or more violations, the tax officers are obliged to submit a proposal to revoke the license. The law makes no distinction between a self-employed, one-man business with one cash register which deliberately cheats on taxes, or a big retail chain with hundreds of cash registers which receives several fines in a single day because of an incorrectly set device, Sme wrote. Lidl would fall into the latter category.

The strict punishment is neither appropriate nor effective in retail trade which is unregulated and where anybody who registers with the licensing authority gets a business licence, Radovan Pala from the TaylorWessing e/n/w/c law firm told Sme. Moreover, any businessperson who lost his licence can ask for a new one as a new company.

The law also lacks clear rules for tax officers for submitting the proposals to revoke the licences, while the public cannot oversee the process, Sme wrote.

In the case of Lidl, the cash registers issued defective receipts and some of them failed to keep a running sales total. Theoretically, retailers could use such devises to retrospectively erase revenues and then cheat on the value-added tax (VAT).

Lidl has paid fines worth dozens of thousands of euros in the case, Sme wrote.

As of October, when the latest amendments will come into force, only businesses that issue defective receipts that, based on proof from the FA, will artificially decrease their revenues and thus pay lower taxes, will lose their licence. In other cases businesses will only be fined.

The change was originally not part of the amendment to the law on VAT, which Finance Minister Peter Kažimír introduced in April, but appeared only when the parliamentary committee for finance and budget approved it at its June 24 session.

The reason for such a change was that revoking the licence was “significant interference” into the rights of businesses and in some cases it only concerns formal defects of the receipt, said Ladislav Kamenický, the author of the amendment. The Finance Ministry agreed with the change, though last year it claimed that the main reason for the strict rules was to prevent repeated problems with cash registers, Sme wrote.

Now it is possible that the tax office will continue to postpone its final decision on Lidl until October, when the new law goes into effect, and Lidl will thus avoid losing its licence.

“If the FA does not file a motion with the licensing office as the valid law stipulates, then it will not be possible at all,” Pala told Sme.