THE FINANCE Ministry attributes its increased collection of tax revenues to measures it has enacted to combat tax evasion, and it intends to continue down this path by closing some legal loopholes. In early July, the ministry introduced another package of measures aimed at further increasing tax collection, and plans to submit draft revisions to respective laws to interdepartmental review. The views among companies on the proposed changes, however, are mixed. 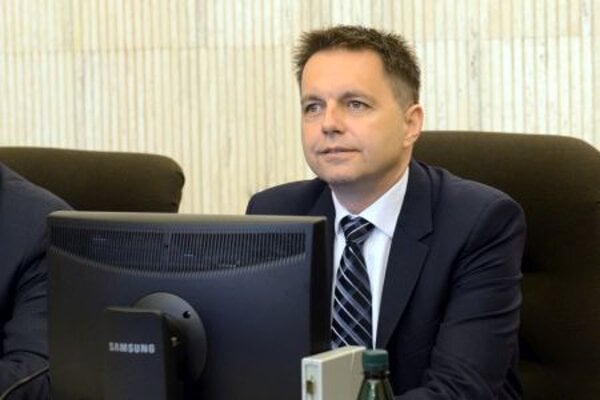 THE FINANCE Ministry attributes its increased collection of tax revenues to measures it has enacted to combat tax evasion, and it intends to continue down this path by closing some legal loopholes. In early July, the ministry introduced another package of measures aimed at further increasing tax collection, and plans to submit draft revisions to respective laws to interdepartmental review. The views among companies on the proposed changes, however, are mixed.

“The purpose of the proposed changes, aside from the consolidation of public finances, is to boost the rule of law, increase justice in tax affairs and provide an impetus for the creation of new jobs,” Finance Minister Peter Kažimír said after the cabinet session on July 9, as cited by the TASR newswire.

The ministry wants to define the circle of tax and non-tax expenditures more precisely, which are risky in terms of being vulnerable to abuse, with the intention of affecting the tax base. The measures include changes in depreciations related to cars used for business, real estate, R&D, production technologies and others to prevent business entities from what is perceived as artificially reducing their tax bases, resulting in their paying lower corporate income taxes. Other measures include changes to the taxes paid by pharmaceutical companies, a tax bonus and compulsory contributions paid by employers for employees with low incomes.

The Finance Ministry wants to re-introduce a cap on the price of motor vehicles that business entities buy to do business. Currently, there are no limits and the ministry believes that many businesspeople buy expensive cars to increase their costs and subsequently reduce their tax base and, thus, also the amount of corporate taxes they pay. The ministry is proposing allowing business entities to depreciate the price of a car only up to €48,000, in the event that such a purchase pushes the business entity into the red. The government aims to get €2.5 million in this way.

According to Vladimír Baláž, analyst with the Slovak Academy of Sciences, the fact that the self-employed did not pay higher taxes in spite of tax hikes last year demonstrates that businesses are using cars to reduce their tax bases.

“Cars are one of their biggest expenditures,” Baláž told the Hospodárske Noviny economic daily.

However, companies themselves see this measure as non-systemic and are calling on the government to improve law enforceability instead.

Another new Finance Ministry measure would extend the period during which businesses can include costs for purchasing a non-production building into their expenditures from 20 to 40 years. It is expected that this measure would affect developers and hoteliers the most.

In the case of production technologies, the ministry proposes to reduce the depreciation period from 12 to eight years. Entrepreneurs and analysts welcome this reduction.

Rastislav Machunka, the president of the Federation of Employers’ Associations (AZZZ), welcomes this reduction, too.

“This should motivate us to invest faster in new technologies and production facilities, which is good because the technological headway can be activated,” said Machunka, as cited by TASR.

Businesses investing in research and development also welcome the possibility to increase costs spent on R&D by 25 percent.

“The aim of this measure is to create conditions for the long-term and sustainable position of the Slovak Republic when building foundations for industrial research,” said Vazil Hudák, the state secretary of the Finance Ministry, as cited by TASR.

The ministry also proposes that companies pay no contributions for employees earning minimum wage. This would be achieved via the so-called deductible item of €380. The government has calculated that this measure should affect as many as 800,000 people, while the state would cover the gap in contributions, which should be €165 million annually, according to Hospodárske Noviny.

The Slovak Association of Small Businesses (SAMP) has criticised this proposal.

“Each entrepreneur will welcome the reduction of contributions, but to make exemptions and select this again only for people with low incomes is an unfortunate and discriminatory solution,” Eva Darášová from SAMP told TASR. “People will again endeavour to have low incomes in order to not have to pay [high] contributions, which in the end deforms business.”

The Finance Ministry also wants to shift a 19-percent tax that is currently in effect for doctors invited by pharmaceutical companies to attend trainings onto the companies themselves, because doctors do not record this income and do not pay the tax.

Analyst with the economic think-tank INESS Radovan Ďurana is critical of the proposed measures.

“We assess negatively the fact that instead of simplifying tax laws by removing exemptions and reducing tax rates, the government selectively puts certain companies or sectors at an advantage,” said Ďurana, as cited by TASR, adding that, for example, a hair salon has no way to invest in research.