Slovak wines of the year named

THE EASIEST way to taste the best Slovak wines is to visit the Slovak National Collection of Wines, either in Pezinok or Bratislava. Here visitors can taste from the 100 best Slovak wines selected annually by wine experts for the given year. In late June the ninth collection of wines was chosen. 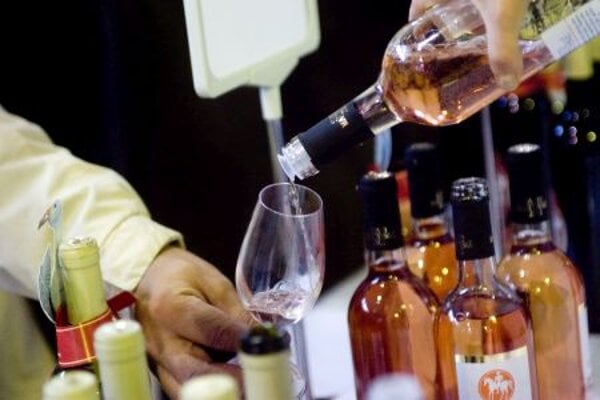 THE EASIEST way to taste the best Slovak wines is to visit the Slovak National Collection of Wines, either in Pezinok or Bratislava. Here visitors can taste from the 100 best Slovak wines selected annually by wine experts for the given year. In late June the ninth collection of wines was chosen.

“Over less than 10 years the Collection has become an institution,” Jaroslava Kaňuchová Pátková, the director of the Slovak National Collection of Wines, told the Pravda daily. “It has contributed to a renaissance of winegrowers and producers and has awakened in society the so-far unknown feeling of pride over Slovakia as a country with attractive wine.”

Each wine produced in Slovakia can compete to become one of the 100 best Slovak wines in the given year. Usually wines produced during the previous wine season dominate, but the number of matured wines has been increasing. The basic condition is that a wine must achieve at least 84 points at one of 20 nominating competitions held across Slovakia. After meeting other criteria, it can then enrol in the main competition. This year a total of 8,854 wines attempted to get into the Collection. Some 3,668 wines exceeded the 84-point limit, while a record number of 472 wines from 52 winemakers advanced to the national final.

Out of the winners of eight categories seven are established winemakers: Roman Janoušek, Michal Sadloň, Elesko, Ladislav Šebo and his wife Margita, father and son Ján and Juraj Vršek, Château Topoľčianky and Jaroslav Ostrožovič and his wife Jaroslava. This year winemakers Karpatská Perla of Ladislav Šebo and his wife Margita, and Elesko have eight wines in the Collection each, the highest number for an individual winemaker. But Matej Blaško, the winner of the category of naturally sweet wines, drew some of the biggest attention. His victory with an original wine recalled the tradition of one of the oldest wine region in Slovakia, around Vráble, Pravda wrote.

The Slovak National Collection of Wines describes the year 2013 as exceptionally demanding in terms of care for vines as well as grapes. The harvest was lower by 20-30 percent, while the weather and other conditions favoured especially blue varieties, which many winemakers turned not into red wines but increasingly popular rosé wines. This reflected in a record number of nominated rosé wines – 40.

This year the selection process for the best wines was changed somewhat when two parallel juries were replaced by one, but extended in the number of members as well as their focus. While previously it was mainly experts in wine production who evaluated the wines, this year the jury also featured wine merchants, sommeliers and wine journalists.

Wine lovers will be able to taste the new collection of wines selected for the 2014/2015 edition after September 2.