SEVERAL Slovak films, including those made in co-production, were screened during the 49th International Film Festival that the Czech town Karlovy Vary held between July 4 and 12. They appeared in seven programme sections and in three Film Industry sections for film professionals. Two films had their world premieres at the festival. 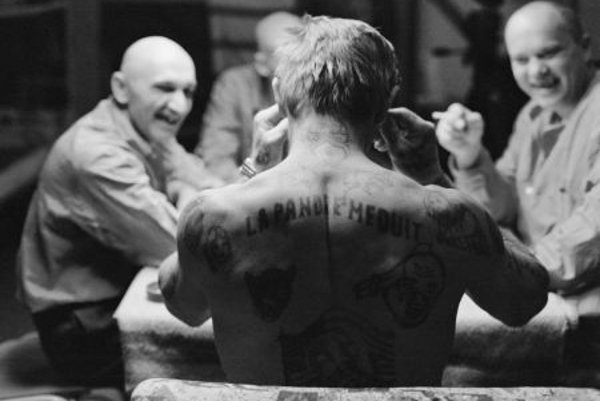 SEVERAL Slovak films, including those made in co-production, were screened during the 49th International Film Festival that the Czech town Karlovy Vary held between July 4 and 12. They appeared in seven programme sections and in three Film Industry sections for film professionals. Two films had their world premieres at the festival.

One of these was the documentary Comeback, the feature-length debut of director Miro Remo, which focuses on the reintegration of prisoners into society. The storyline is set in one of Slovakia’s biggest prisons, Ilava, and poses the question of whether convicts can start their life anew when released.

“I wanted to confront a heavy and crucial topic,” Remo said about the film, as quoted in the press release provided to the media by the Slovak Film Institute (SFÚ).

Since he was a boy, from the train on the way to see his grandmother, who lived in Ilava, and from her windows, he observed what was going on behind the prison’s walls, which, according to Remo, evoked respect.

“I came back to fulfil my childhood dream,” said the director. “I expected to see something I had never encountered before, and it was a true adventure, despite all the negative emotions which go with the issue of recidivism.”

The film competed in the Documentary Films section.

Another premiere, In Silence, was screened in the Special Events section. The Czech-Slovak feature film, directed by Zdeněk Jiráský, depicts the journey of Jewish musicians and performers whose names appeared in the Encyclopaedia of Jews in Music in 1940 in Germany, the SFÚ press release reads.

Among other films screened at the festival was Fair Play, a Czech-Slovak-German co-production feature film by Andrea Sedláčková, which competed in the Official Selection category. It tells the story of young athlete Anna, played by Judit Bárdos, who encounters doping in the top competition in the 1980s.

Another five co-productions were screened in non-competing sections: All My Tomorrows by Rudolf Havlík, Eugenic Minds by Pavel Štingl, Like Never Before by Zdeněk Tyc, Clownwise by Viktor Tauš and Lunacy by Jan Švankmajer.

Filmmakers visiting the Film Industry programme had the chance to see Slovak films that are currently in progress. This includes Koza by Ivan Ostrochovský, a story about an aging Olympic boxer; and Little From the Fish Shop by Jan Balej, a puppet fairy tale setting the story of the Little Mermaid in a present-day city. Another section featured the documentary by Marek Mackovič Okhwan. Mission Impossible, while another screening featured films by Juraj Lehotský (Erik), Mira Fornay (Cook, F**k, Kill) and Martin Repka (The Tatooist), the SFÚ press release reads.

Fornay was also a member of the grand jury of the festival, while film publicist Viliam Jablonický sat in the FIPRESCI jury.