The Great War through the eyes of Slovaks

IN THE summer of 1914, when Austria-Hungary responded to the assassination of Archduke Franz Ferdinand of Austria and his wife by sending troops into a conflict that would escalate into the first-ever global war, today’s Slovakia was part of the Austro-Hungarian Empire. At the end of the war four years later, Slovaks joined their Czech neighbours to form the Czechoslovak Republic, one of the new states that emerged on the ruins of the Habsburg Monarchy. 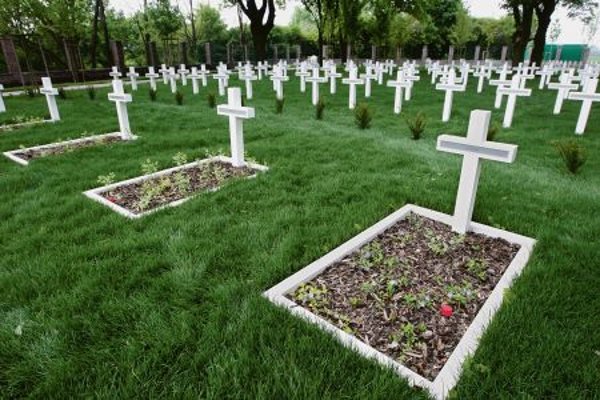 IN THE summer of 1914, when Austria-Hungary responded to the assassination of Archduke Franz Ferdinand of Austria and his wife by sending troops into a conflict that would escalate into the first-ever global war, today’s Slovakia was part of the Austro-Hungarian Empire. At the end of the war four years later, Slovaks joined their Czech neighbours to form the Czechoslovak Republic, one of the new states that emerged on the ruins of the Habsburg Monarchy.

On July 28 the world commemorates 100 years since the outbreak of the First World War, also known as the Great War.

Prior to the war, Hungary was the less industrialised of the two halves of the monarchy. Despite the state’s efforts to foster industrial development, the country remained predominantly agrarian. Slovaks lived mainly in the countryside, and made their living in agriculture, according to historian Gabriela Dudeková of the Institute of History of the Slovak Academy of Sciences.

There were an estimated two million Slovaks living in Hungary at that time, about 10 percent of the overall population of the country. In addition, numerous emigrants were living abroad, mainly in the US, where the estimated number of Slovaks reached 600,000. Migration was rather common among Slovaks, particularly those from the northern and eastern parts of the country where the soil was less fertile.

One of the characteristics of Slovak society in pre-war Hungary was the fact that most Slovaks were farmers and craftsmen, and the Slovak national intelligentsia made up only a small percentage of the nation, according to Dudeková.

“Since the language of instruction at higher schools was only in Hungarian, sometimes in German, and since the performance of any prestigious profession or office required not only the knowledge of the Hungarian language but also the presentation of the Hungarian national identity, a large part of Slovaks from middle and higher strata were Magyarised,” Dudeková told The Slovak Spectator, adding that this left Slovak society with virtually no nobility or middle class.

Politically speaking, before the war in 1914, the position of Slovaks within the monarchy was far from hopeful, also due to ongoing Magyarisation in Hungary.

Even though Slovaks were not on the verge of extinction, as some sources put it, they were definitely experiencing a complicated situation as a nationality in the multi-national state: there were no Slovak schools and practically no other possibilities to cultivate Slovak culture and national life, according to historian Roman Holec.

“Due to their unequal status they were alienated from a state that did not respect them, considered them inferior and had resolved to assimilate them by all possible means,” Holec told The Slovak Spectator.

Since the monarchy was turned into a dualistic state in 1867 (a union of two states, Austria and Hungary), which secured much more extensive powers for the Hungarian government, Hungary was promoting the politics of one political nation, which in practice meant enforcing the Magyar language and culture in the state.

“For the non-dominant nations of Hungary, among them Slovaks, Romanians, Ruthenians and others, this meant national discrimination and Magyarisation,” Dudeková said.

Due to the non-democratic character of the state and the discriminatory approach of the government, only about 6 percent of the population had the right to vote, and Magyars dominated politics and culture in the country, according to Dudeková.

This was quite different in the Austrian part of the monarchy, where more citizens were allowed to vote and national minorities had a higher degree of freedom in politics, culture and education. For instance, in the early 20th century the Czechs had their own university, as well as secondary schools with Czech as a language of instruction, but in Hungary even the primary schools were being Magyarised, Dudeková noted.

In this unfavourable situation, historians agree that the first in line to the throne, Franz Ferdinand, whose violent death is seen as triggering the war, offered great hope for Slovaks and other smaller nationalities living in the monarchy.

Franz Ferdinand was to succeed Franz Joseph as the head of the dualistic monarchy, and he had planned big reforms. Among the biggest steps he had in store was to do away with the concept of dualism.

“[Slovaks] believed they would profit from the liquidation of dualism, since any weakening of the Magyars could only lead to strengthening the non-Magyar nations in Hungary,” Holec said.

Yet, Franz Ferdinand was no great enthusiast for the Slavs. Holec calls his attitude towards Slavic nations “ambivalent”. But what mattered was the fact “that he hated Magyars from the depth of his soul and considered them the cause of all problems”. That was the source of the hopes that the Slovaks and other Slavs in the monarchy had pinned on him, Holec explained.

It is thus no surprise that for the same reasons, Franz Ferdinand was not favoured among Magyar politicians, some of whom made no attempt to hide their satisfaction with the news of his assassination, and even demonstratively refused to attend his funeral, according to Dudeková.

“By contrast, the Slovak delegation laid a wreath on his grave with a Slovak tricolour and the inscription ‘To our lost hope - deeply mourning Slovaks’,”Dudekovásaid.

With the death of Franz Ferdinand, the most hoped-for alternative of Slovak politics prior to WWIfell, Holec said.

The death of Franz Ferdinand thus saw Slovaks enter the war as part of Austria-Hungary, with gloomy prospects for achieving national emancipation within the state. At the end of the war, however, Slovaks emerged in a brand new state. The loss of Austria-Hungary turned the geopolitical situation in Europe upside down.

“The defeat of the central powers made it possible to break up the Habsburg monarchy and build a new state on its ruins,” Holec said. For Slovaks, the new state also meant they were to rule their own affairs and no longer remain second-class citizens.

“For Slovaks, Czechoslovakia (ČSR) meant a framework that allowed them a fullfledged social, cultural and national-emancipation development,” Holec told The Slovak Spectator.

As a product of the victory of the Allies, however, Czechoslovakia was directly bound to the western-European states, both in terms of foreign policy and ideology. This had both positive and negative consequences, according to Holec.

“From them [the western states], Czechoslovakia derived its security and after all - as further development proved - its existence, too,” Holec said.