THE WORLD of Japanese Dolls comes to Bratislava this summer with 70 examples of Japan’s most typical traditional dolls. 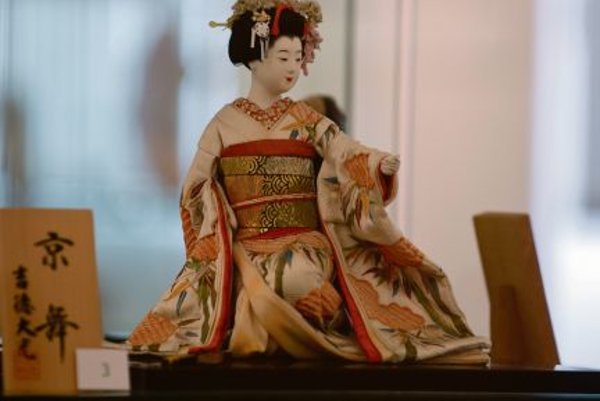 A geisha doll from the exhibition. (Source: Courtesy of SNM)
Font size:A-|A+0

THE WORLD of Japanese Dolls comes to Bratislava this summer with 70 examples of Japan’s most typical traditional dolls.

Dolls in Japan were not just toys for children, but were part of everyday life, the SITA newswire wrote. They reflect the habits and desires of the culture and the different regions of the country’s inhabitants, and have developed in myriad ways over the centuries. The dolls in this exhibit exemplify the skills of Japanese artisans, which can be seen in the textiles used for the dolls and their clothing.

“Each doll has a different function and purpose and is deeply connected to everyday life,” she added.

The Hina dolls, for example, are made for the Festival of Girls, celebrated annually on March 3, while the Gogacu dolls are used for the Festival of Boys on May 5. Some of the dolls don garments worn at the imperial court during the Heian period (749-1185), and others, like the cute Gosho dolls, are distinctive for their big heads and fine skin. Fans of traditional Japanese theatre can admire the Noh dolls and other exhibits inspired by Bunraku, Kabuki or other genres.

The touring exhibition has been organised for the jubilee year 2014 – the Year of Exchanges between the Visegrad Group countries and Japan – by the Japanese Embassy to Slovakia and the Japan Foundation. It can be seen until August 24 in the main SNM building on Vajanského Nábrežie 2 in Bratislava, daily except Mondays between 10:00 and 18:00.