THE ART Film Fest’s 22nd edition, which took place in Trenčianske Teplice and Trenčín in June, presented films both in and outside the competition, and awarded filmmakers and lured a few stars. 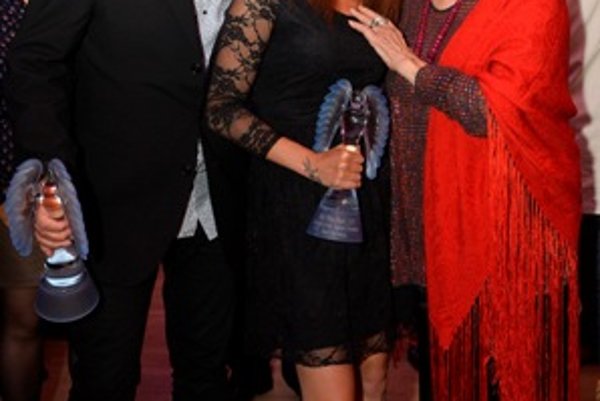 THE ART Film Fest’s 22nd edition, which took place in Trenčianske Teplice and Trenčín in June, presented films both in and outside the competition, and awarded filmmakers and lured a few stars.

“I don’t remember ever having held a camera in my hands,” Šulaj joked, as quoted by the SITA newswire. “I have avoided this, I prefer to write,” he continued, adding “I value it all the more, and it offers encouragement to write more scripts for film.”

Cardinale, who attended the June 27 gala evening to receive her award, said after seeing a short film of her career highlights, “You have moved me”. She added that she was lucky to make it onto the stage during the “golden era” of Italian cinematography. Originally, she did not plan to make movies, but the more she refused, the more the directors insisted. She summed up that she went on to act in 141 films.

From among the competing films, the French-Czech co-production The Way Out won the Blue Angel award in the feature film category. The film’s main female performer, Klaudia Dudová, also won the Blue Angel for Actress in a Main Role. Another Best Female Performance went to María Renée Prudencio for her role in Club Sándwich, directed by Fernando Eimbcke. The Mexican movie also won the award for best director. The Best Male Performance was awarded to Eddie Marsano in Still Life, directed by Uberto Pasolini.

Canada’s Head Down by Maxine Giroux won best short film, while two Special Mentions went to Norwegian director Hisham Zaman for Letter to the King, and to Alejandro Fernández Almendras for the Chinese-French production To Kill a Man.

The City of Trenčín Mayor’s award went to Ukrainian film The Tribe by Myroslav Slaboshpytskiy, with the Mayor of Trenčianske Teplice awarding Letter to The King. The Film Europe film distribution company awarded the Slovak filmmaking duo Peter Begányi (1984) and Andrej Kolenčík (1980).