Procházka to talk with prosecutors

THE CONTROVERSY surrounding the financing of the presidential campaign of Radoslav Procházka has made it to the General Prosecutor’s Office. Procházka insists the voice recording that has been used against him has been altered, but also refuses to allow Igor Matovič to publish the unedited version of it. 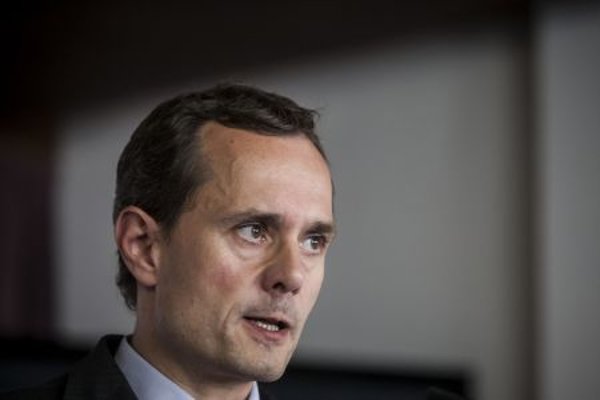 THE CONTROVERSY surrounding the financing of the presidential campaign of Radoslav Procházka has made it to the General Prosecutor’s Office. Procházka insists the voice recording that has been used against him has been altered, but also refuses to allow Igor Matovič to publish the unedited version of it.

The recording appeared on Vimeo.com on July 22 and was forwarded to the Sme daily anonymously. It contains segments of a discussion between presidential candidate Procházka and Ordinary People and Independent Personalities (OĽaNO) leader Matovič, annotated by Matovič. It followed a controversy which arose between the two politicians on June 2, when Matovič accused Procházka of attempting to purchase campaign ads from Matovič’s family-owned company, Regionpress, off the books. Matovič alleged Procházka suggested he should pay 50-90 percent of the total sum for the desired service in cash without a receipt.

“The General Prosecutor’s Office will not specify the actions it is taking,” the office’s spokeswoman Andrea Predajňová said on July 22, as quoted by Sme.

Since then, the prosecution has not become any more specific about its actions in the case. On July 24 Čižnár simply confirmed that the prosecution is acting in the case, but refused to specify whether and when the General Prosecutor’s Office requests the recording.

“Nobody will dictate me when and what actions we should be taking,” Čižnár said, as quoted by the TASR newswire.

There are several controversial elements related to the recording. Igor Matovič might have broken the law by creating the recording of a private talk without the consent of Procházka. It is also not clear who has published the recording. Procházka might have violated the law too, as Matovič suggests his intentions to evade VAT and to not declare campaign costs.

Procházka confirmed in an interview with Sme, published on July 26, that he had been invited to be heard at the General Prosecutor’s Office in August.

Procházka’s immediate reaction to the published voice recording made by Matovič was rather brief as he claimed that the video published on July 22 was heavily edited. In the interview with Sme he first offered a more extended explanation.

In it, Procházka admits that he discussed the possibility to pay part of the price for advertising in Matovič’s paper off the books, but stresses that that was how Matovič put the issue. He insists that the recorded talk has been heavily edited, especially the part where Matovič asks how much Procházka would want to pay without invoice and Procházka responds “half-half”.

Procházka however admits that he and his election team have made several technical mistakes, since, as he said, they worked as an authentic start-up, with limited financing. He also says he made two political mistakes: that he accepted the offer of Freedom and Solidarity (SaS) leader Richard Sulík for the party’s support in the presidential election in an exchange for his support for SaS in the European Parliament elections; and that he went to negotiate with Matovič about his OĽaNO’s support in the presidential election.

“Today I know it was plain folly, but at the same time I know that if people select me for some public office in the future, I will be much more prepared and much more competent after this experience,” Procházka told Sme.

Procházka also repeated that he will not allow Matovič to publish the entire recording. He admits he would be able to forgive Prime Minister Robert Fico that he sought money for his party’s campaign “with his own head”, as a voice similar to that of Fico says on an infamous recording that appeared before the 2012 election campaign, even if Fico did not officially declare such finances. Procházka admits that something like this could be acceptable, but only if the politician who receives such money does not try to pay his sponsors back from public resources once he is elected into a high post.