TWO colleges were established in Bratislava in 1949. The Academy of Fine Arts (VŠVU) was the first college in Slovakia focused on a complex study of visual arts while the Academy of Performing Arts (VŠMU) with its musical faculty connected to the tradition of music education and culture on the Slovak territory. Both are celebrating their 65th year. 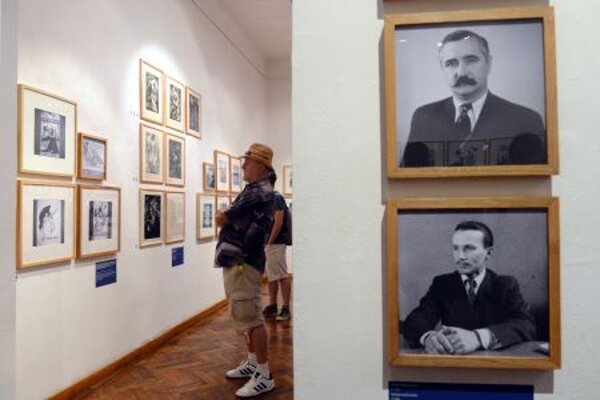 TWO colleges were established in Bratislava in 1949. The Academy of Fine Arts (VŠVU) was the first college in Slovakia focused on a complex study of visual arts while the Academy of Performing Arts (VŠMU) with its musical faculty connected to the tradition of music education and culture on the Slovak territory. Both are celebrating their 65th year.

VŠVU was formed in the beginning of a period to be marked by the totalitarian regime of former Czechoslovak Socialist Republic (ČSSR), and for 40 years (1949-1989) struggled amid the official line of “socialist realism” in the arts. It trained artists in architecture, sculpting, painting, graphic art, book illustrations, glass art, design, textile design, and restoration of artistic and historical items.

After the fall of communism in 1989, VŠVU experienced an era of radical changes. The whole staff was replaced but the original concept has been preserved and the academy connects applied arts with free artistic disciplines.

Currently, the VŠVU includes 13 departments: architecture; photography and other media; graphic art; inter-media and multi-media; painting and other media; industrial design; restoration; of sculpting, object, installation; theory and history of visual art; textile design; applied arts; visual communication; and drawing. Students can exhibit their works at the Medium Gallery on Hviezdoslavovo Square. On the occasion of the 65th anniversary, VŠVU is organising a host of events taking place in the Slovak National Gallery (SNG), the new building of the Slovak National Theatre (SND), and the galleries Medium and Satelit (design centre).

The tradition of musical education has existed on Slovak territory since the 19th century. Before the first Czechoslovak Republic came into existence, it was mainly religious and city institutions, like the Kirchenmusikverein (Union of Church Music) in Bratislava, Löschdorfer’s School and later the City Music School. Between 1919 and 1949, the focus shifted to the Music- and Dramatic Academy for Slovakia and then later the State Conservatory in Bratislava.

The appearance of VŠMU gave a basis for the education of top performing talents: the academy trained artists and workers for music, theatre, radio, film, and dance; and later also television. In 1953, it had two faculties – music and theatre. In 1965-1966, the department of film and TV dramaturgy and script-writing emerged at the Theatre Faculty. Today, it is a separate faculty on its own. Individual departments are dispersed around downtown Bratislava, and the future theatre performers and workers can show their skills in the LAB theatre on Svoradova street.