AFTER seven years, the renovated tower of the Budatín Castle, the only castle in the city of Žilina, opened to the public on July 13. 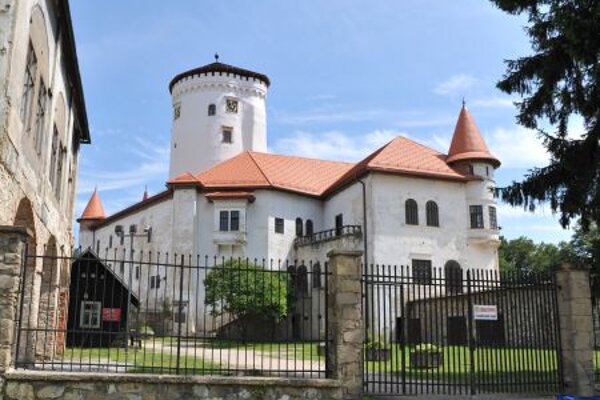 AFTER seven years, the renovated tower of the Budatín Castle, the only castle in the city of Žilina, opened to the public on July 13.

A new vista has been added, as well as steel beams and pavement. The €2.2 million project was mostly paid for by European Union funds.

“Part of the renovation was the roofing of the whole castle complex, access paths were built, underground utilities dug, and new toilets and baths,” Ladislav Cimerák, head of the Považské Múzeum (Považie Regional Museum) in Žilina, which operates Budatín, told the SITA newswire.

“The tower itself offers visitors a unique view to all directions thanks to the lifted roof frame,” Cimerák continued. “This vista has not been possible until now.”

There are other benefits too.

“Apart from the view, visitors are attracted also to the exhibition of historical clocks, including the original clockwork from the period of last Csáky-family’s renovation of the castle,” historian Michal Jurecký said. “We also placed an exhibition showing the history of Žilina and the Budatín Castle into the tower. The so-called gallery includes paintings dating back to the 17th to 19th centuries.”

Renovating the rest of the castle is a priority for the museum, but neither the museum, nor its operator, the Žilina Self-Governing Region, have the necessary €11 to €12 million. Cimerák believes, though, that thanks to the EU funds, the whole Budatín Castle could be completely renovated by 2018.

“If it went in this pace and if there are enough resources, we could manage it in three to four phases in four years,” he said. “By having renovated the tower, we connected to several renovations which had been done in the complex in previous years.