CZECH musician Ida Kelarová has devoted a lot of time and effort to addressing Roma that live in a marginalised situation through her Romano Drom (Roma Way) project with her Miret civic association and this summer has for the first time organised a musical summer school for children. 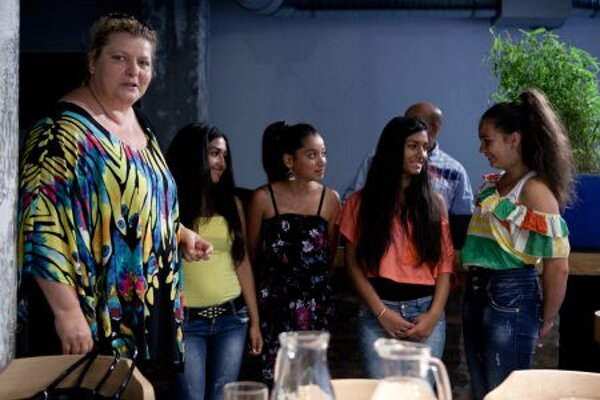 CZECH musician Ida Kelarová has devoted a lot of time and effort to addressing Roma that live in a marginalised situation through her Romano Drom (Roma Way) project with her Miret civic association and this summer has for the first time organised a musical summer school for children.

“I had a beautiful example in my father who was a musician – and Roma,” Kelarová said at a press conference in June in Bratislava. “And I realised that I was lucky enough to have him to open for me not only the doors to the music, but to the whole Roma culture; although he made everything he could to hide this fact. I travelled a lot, but I decided to return [to the Czech Republic] and to personally engage in the Roma issue. When I toured the settlements, I found that the situation was a vicious circle, and I decided I could not change it, but I would try to work with children, to tackle the problem step by step, day by day.”

Although the 2014 summer school is not the first of its kind, Kelarová told The Slovak Spectator that it is the first time she has done it in Slovakia, and that results of the school will also be presented in the Roma settlements themselves. In the past such musical performances targeted non-Roma audience in an attempt to expose them to the beauty of Roma culture, both traditional and contemporary.

This year’s summer school takes place between July 26 and August 10. On August 3, there will be an Open Day in Lúčka – Potoky near Lipany in central Slovakia. Some 60 children from Slovakia, the Czech Republic and Hungary will be trained and take workshops that include Roma history, identity and traditions, as well practice in solving everyday problems.

The Czech Philharmonic will participate, too and children from the Banská Štiavnica-based choir Superar will also join in. Superar is part of the eponymous international network that merges children from all environments and social strata, and trains them to sing songs from all over the world in original languages – including exotic ones like Chinese or Hawaiian.

All children involved in the project will perform with the Czech Philharmonics in the settlements of Lenartov (August 6), Raslavice (August 7) in eastern Slovakia and at the synagogue in Liptovský Mikuláš (August 8) in northern central Slovakia. The children’s choir Čhavorenge, led by Kelarová, Superar and the Kesaj ensemble led by Oto Bunda will sing and play as well.