CLIMATE change seems to be impacting not only the environment, but also technological development in Slovakia. Heat producers have recently introduced an idea to use existing radiators to cool down, rather than heat up, rooms, with the added aim of reducing household expenses. 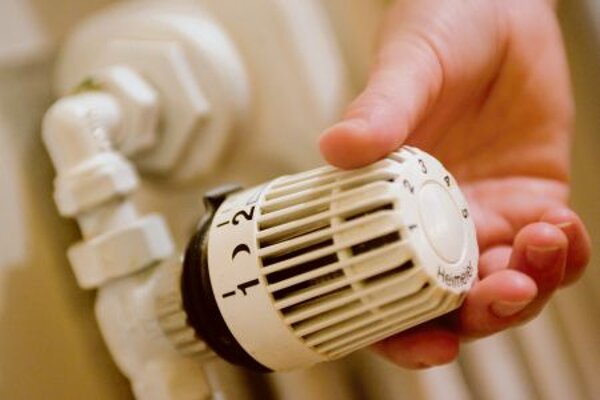 People might soon use radiators to cool their homes. (Source: SME)
Font size:A-|A+

CLIMATE change seems to be impacting not only the environment, but also technological development in Slovakia. Heat producers have recently introduced an idea to use existing radiators to cool down, rather than heat up, rooms, with the added aim of reducing household expenses.

Over the past 100 years, the average temperature in Slovakia has increased by 1.1 degrees, and is expected to rise by another 2-4 degrees Celsius by 2075. Such changes affect the climate and result in temperatures normally seen in the Danube Lowland over the past decades occurring in the northern districts, according to the Slovak Hydrometeorological Institute (SHMÚ).

“Climate change, which we have also seen in Slovakia in the past years, forces people to think about cooling their homes more often,” said Miroslav Obšivaný, head of the Slovak Association of Heat Producers (SZVT), as quoted by the SITA newswire. He added that since technology develops quickly, it could be possible to use radiators to cool down homes in the coming years.

In addition to the practicalities of such a plan, another reason is the use of production sources of the central heat supply (CZT).

One of the main impacts of the new system should be a lower end price for heat. Using the maximum production capacities in CZT systems would bring a significant decrease in the fixed production costs. This means that during winter there will be hot water in radiators, while in summer the water will be cool. This will be reflected in lower prices for heat, Obšivaný explained, as reported by the TASR newswire.

“Cooling via CZT would bring a small technological revolution,” Obšivaný said, as quoted by TASR.
The pilot project has already been launched in Zvolen, where cold water cools offices in an administrative building of a local heat supplier. The water is not in the radiators, however, but in capillary mats attached to the ceilings. This system is different from the plan introduced by SZVT, but works on the same principle.

“The initiative sounds promising for those who live in flats where they do not have air conditioning or where it is difficult to install,” Lenka Illiťová from the Energia.sk website told The Slovak Spectator, adding that there is a radiator in every household.

In addition to lower prices for heat, cool water in radiators could bring other benefits to households, Obšivaný told The Slovak Spectator. One of them is that the quality of the cooler air is better than chilled air from air conditioners. It would also be more ecologically sound and more economical than traditional cooling.

Moreover, households would save money, as they would not have to invest in air conditioners and would use only one device to heat and cool the rooms. They would also be able to regulate the temperature on their own, Obšivaný explained.

Launching flat cooling via the CZT system will, however, require further development of technologies and changes to the setting of the supplies system. One problem that will need to be addressed is the condensation of cold water.

“Old radiators do not allow this method of cooling, so it would be necessary to exchange them for new ones that will be able to provide such a service,” Obšivaný said.