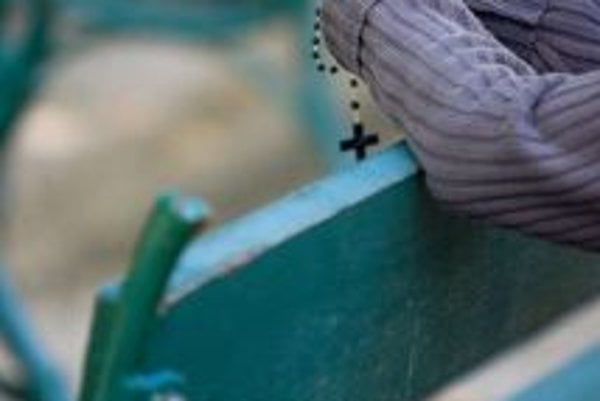 A closer look has been provided by research recently conducted by the Focus polling agency for the Slovak Academy of Sciences as part of a larger project, called Democracy and Citizens in Slovakia 2014. This is a continuation of a major sociological research project from 1968. Part of the research covers the religious beliefs and practices of Slovaks, examining their religious affiliations and their activities as members of their church, as well as their opinions on the relationship between the church and the state.

The poll was carried out in late May and early June on a representative sample of 1,215 adult inhabitants of Slovakia.

While the number of Slovaks who claim to belong to the Roman Catholic Church, the largest religious community in Slovakia, remains practically the same as in the 2011 census, at 62 percent, the biggest difference was seen among those who claim no religious affiliation.

In the 2011 census a mere 13.4 percent of Slovakia’s citizens said they believed in no religion, but that number jumped to nearly 22 percent in the 2014 Focus poll.

“Our research is more exact, because we have managed to lower the number of those who do not know or who haven’t been detected,” Miroslav Tížik, a sociologist from the Slovak Academy of Sciences (SAV) who participated in the project, told the August 11 press conference, as quoted by the SITA newswire. The researchers ascribe this to the face-to-face method of their research.

The number of those who did not answer the question about their religious affiliation in the research stood at 1.42 percent, compared with more than 10 percent in the census.

The results of the census, however, determine the financial contribution that churches receive from the state coffers. Registered churches in Slovakia receive about €37.5 million a year, of which €21.5 million goes to the Roman Catholic Church, the Sme daily reported.

Separation of church and state

The current model of direct state funding for churches has been used in Slovakia since before 1989, and the SAV research shows that a significant number of Slovaks, believers as well as non-believers, are not happy about it.

More than 46 percent of respondents said “no” to the question of whether churches should be financed from the state budget, while only over 30 percent said the system should continue as it is. On the other hand, 46.51 percent of the respondents said they agree with a special tax to be introduced for members of churches, with 27.52 against it. Support for such a tax appears not only among those who do not claim to belong to a religious community, but also among believers, including Roman Catholics (40.75 percent), Protestants (44.89) and Greek Catholics (40.96).

Such a tax was considered by former culture minister Daniel Krajcer, but the representatives of the Roman Catholic Church opposed it.

All in all, the authors of the survey stated that the dominant opinion among the Slovak public is that the church and the state are in need of a divorce. Even Roman Catholics, among whom such an arrangement received the lowest support, 20 percent of the respondents said they would welcome it.

The Culture Ministry, however, noted that a complete separation of church and state is not possible in Slovakia due to the Vatican Treaty it signed under the first government of Mikuláš Dzurinda (1998-2002), Sme reported.

Even though the number of those calling themselves believers is high, the reality of the life of religious communities suggests that only a portion of them actively practice their religion.

While the research shows that almost 77 percent of those polled claim to have a religious affiliation, only 40.5 percent said they were regular churchgoers (meaning they go to church at least once a month). Among Roman Catholics, who make up most of Slovakia’s believers, less than 40 percent said they regularly attend church services. The percentage is higher only among Greek Catholics, 44.6 percent of whom said they were regular churchgoers.

“With the exception of those who claimed to belong to minority churches [in Slovakia], among all the others, as well as among the whole population, the prevailing feeling is that they are not members of any church and neither do they support one financially or through voluntary [activities],” Tížik stated in the evaluation of the research.

The research results also show that religious affiliation does not necessarily shape the opinions of believers.

For instance, 60 percent of the population agrees that priests should be able to marry, while among Roman Catholics as many as 58 percent said they would support this, despite the fact that the Roman Catholic Church officially requires its priests to live in celibacy.

The situation is similar with contraception, which the Roman Catholic Church condemns, but more than half of Roman Catholics (55 percent) do not oppose it. Among the whole population, over 60 percent of the respondents said contraception should not be condemned, with the number being highest among Protestants (80 percent) and people who claimed no religious affiliation (76 percent).

Instances when the opinions of believers deviate from the official stance of their church are due to a more critical attitude among believers.

“The discussion about these topics is rather shallow in the Church,” Tížik told Sme. “However, ever more people need reasoned arguments.”

The belief in God remains the most widespread among Slovaks, with 66 percent of the respondents claiming they definitely or somewhat believe in God in a recent poll conducted by the Focus polling agency for the Slovak Academy of Sciences, as part of a larger project called Democracy and Citizens in Slovakia 2014.

The number, however, drops slightly when asked about other Christian concepts of belief: about 60 percent of those polled said they definitely or somewhat believed in the divine origin of Jesus Christ, and more than half said they believed or somewhat believed in heaven, the afterlife and the last judgement. The number of those who believe in hell is just under 50 percent, similar to those who believe in supernatural miracles.

Telepathy is a rather popular belief among Slovaks too, with about 40 percent saying they believe or somewhat believe in it. Less than one fifth of the respondents said they believe in the magic power of amulets, the power of their dead ancestors, fortune telling and horoscopes.