IT IS essential to commemorate the victims of the Roma Holocaust so that the persecution of the Roma during the Second World War is not forgotten, and because associating the whole Roma minority with asocial behaviour is dangerous, according to Zuzana Kumanová, an ethnographer from the In Minorita non-governmental organisation. In connection with the 70th anniversary of the Roma Holocaust, The Slovak Spectator spoke to Kumanová about how Slovak society approaches this issue and how the Roma deal with this part of their history. 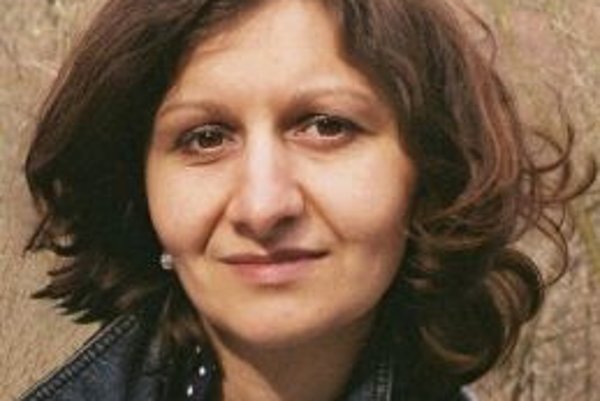 IT IS essential to commemorate the victims of the Roma Holocaust so that the persecution of the Roma during the Second World War is not forgotten, and because associating the whole Roma minority with asocial behaviour is dangerous, according to Zuzana Kumanová, an ethnographer from the In Minorita non-governmental organisation. In connection with the 70th anniversary of the Roma Holocaust, The Slovak Spectator spoke to Kumanová about how Slovak society approaches this issue and how the Roma deal with this part of their history.

The Slovak Spectator (TSS): Why is the Roma Holocaust so frequently ignored by the Slovak public?
Zuzana Kumanová (ZK): On the contrary, I would say that this issue has been enjoying much attention from society, especially from experts as well as the non-governmental sector, in the past few years. In the past, the Roma Holocaust was labelled as “unknown”, but I don’t agree that it should bear such a name today. Maybe it is more fitting to say that it is an “unacknowledged” holocaust. What has changed in comparison with the past is that the Roma Holocaust is becoming a topic that politicians use to introduce the whole Roma issue to the public.

It is true, however, that historical research lags behind the educational or political aspect of this issue. Historians pay little attention to this topic and I can’t even name one person who would systematically focus on it, and the topic could be popularised through their work. The only person who devoted half of his life to the Roma Holocaust was Czech historian Ctibor Nečas, but he doesn’t have any successors who would continue his research. There were some historians who studied the Roma Holocaust, but just as a part of their research.

To illustrate the problem, there is one Holocaust memorial in the town of Hanušovce nad Topľou, where the Nazis ran one of their labour camps. There is a file in the national archive containing documents from this camp, but no one has been interested in studying them and working with them so far. It would improve our knowledge about the Holocaust.

TSS: How do Slovak schools address this issue?
ZK: There is generally little space for learning about the Roma minority in the Slovak school system. Children at elementary schools receive only a little information about the Roma, which is the second biggest minority living in Slovakia – and even those are affected by stereotypes. But at the same time, I have to admit that children receive poor information even about other minorities in Slovakia and the multi-ethnic composition of Slovak society.

The Roma Holocaust, their history, culture and literature: none of these are part of the Slovak curriculum. So it would be an illusion to expect that schools will focus on the Roma Holocaust more in-depth. They usually mention it in relation to the Second World War or the Jewish Holocaust, adding that there were other groups of people who suffered from the genocide.

TSS: How do you evaluate the media’s reporting of the Roma Holocaust?
ZK: Thankfully, the media broadly covered the Roma Holocaust commemorations and reported about all related events that took place this year. However, the news media don’t have sufficient space to educate the public about the importance of this issue, and they don’t go deeper to explain some of the principles.

The issue of the Holocaust is important because of two things. First, it is important to not forget what happened here and not remember people who died or were persecuted just because they belonged to some ethnic minority. Second, it is important to learn from it and be aware that some of the things we are witnessing today also happened in past and resulted in genocide or persecution – namely the connection of the Roma with asocial behaviour.

Many Slovaks see the Roma as people who don’t want to work, who are parasites on the social welfare system and are not interested in improving their life situation. But these are not things that represent Roma culture. This connection between asocial behaviour and Roma identity is really dangerous for society because it is stereotype. It applies also to the media, particularly tabloids, which usually report about the Roma in connection with such asocial behaviour. This connection, however, isn’t the truth, and it isn’t possible to confuse poverty with ethnic identity.

TSS: How do the Roma, and particularly young people, deal with this part of their history?
ZK: Persecutions were usually about not letting Roma enter towns or casting them out of public life; therefore, they suffered from hunger or poverty. After the Nazis defeated the SNP, some Roma communities exterminated. Those Roma who survived had to deal with it and continue to live their lives. Those who were affected had no time to look back and point to people who, for example, belonged to the Hlinka Guard fascist militia, who had beaten Roma, shaved the hair off their women and so on. Therefore there was no general settlement with Roma Holocaust survivors after the war.

Those who survived told their stories to their family and often times they even remained totally silent about it so as not to open old wounds. Therefore, the next generation of Roma didn’t receive this information at home, but it came to them from the outside. It is simply a new part of history even for Roma who have to learn about it in school. But the same is true in the case of the SNP or the Second World War, because survivors are generally not willing to speak about it and historical memory can evolve mainly through oral transmission.

There are, however, some small pieces of oral tradition transmitted in the Roma environment, like songs written in concentration camps. But people started collecting them only in 2000, when serious research of the Roma Holocaust in Slovakia began, and now these pieces should go back to the Roma community. This is a difficult process, which takes the form of education, documentary films and so on.

This is part of the Roma ethnic emancipation process and it is still a living issue. Some 10 years ago, when we began promoting the Roma Holocaust, it was unknown to young Roma or people from Roma NGOs. However, during the last 10 years, several documentary films have been made and some initiatives have occurred in an attempt to spread information about the Holocaust in the media, so the situation has improved.

I appreciate that there was a four-day workshop in Poland at the place of a former “gypsy camp” as part of the 70th anniversary of this camp’s liberation, attended by around 1,000 people. Organisers tried to teach young Roma about the Holocaust and show them how to spread this information further through art or by organising educational events. It is important to do this so that the Roma Holocaust may become part of Roma culture and identity. This identity can’t be created from nothing - it needs to have some real roots.