SUPREME Court Justice and former state secretary of the Justice Ministry Daniel Hudák has joined Daniela Švecová on the list of candidates for the second round of elections of the Supreme Court (SC) president, a post which has been vacant since the tenure of Štefan Harabin expired on June 22. 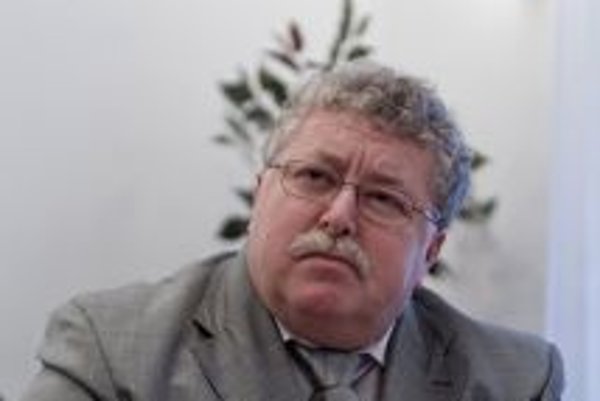 SUPREME Court Justice and former state secretary of the Justice Ministry Daniel Hudák has joined Daniela Švecová on the list of candidates for the second round of elections of the Supreme Court (SC) president, a post which has been vacant since the tenure of Štefan Harabin expired on June 22.

Hudák was proposed by the judges of the Supreme Court, while the next attempt to elect the head of the Supreme Court will be held on September 16, the SITA newswire reported on August 12. The Sme daily has speculated about Hudák’s possible candidacy earlier this year, citing the judge as saying: “So far I am saying neither ‘yes’ nor ‘no’”.

Švecová’s candidacy was approved by the council of judges at the Trnava Regional Court, Sme reported, adding that in 2005 she was elected deputy chairwoman of the Supreme Court. Between 2007 and 2012 she was a member of the Judicial Council as a nominee of former president Ivan Gašparovič, Sme reported.

Harabin, who has held the twin post of the Judicial Council chair and the Supreme Court president since 2009, sought re-election in the first round but failed to win, as did his rivals in the vote: Jana Bajánková, nominated by Justice Minister Tomáš Borec, and Zuzana Ďurišová, representing judges who are critical towards Harabin.

Nevertheless, a recently passed revision to the country’s constitution divides the post of Supreme Court president from the position of Judicial Council boss as of September.

The date of the election was set by Harabin shortly before his term expired, while newly-elected vice-head of the Judicial Council Ján Vanko in one of his first moves changed the location proposed by Harabin, moving it from the remote town of Spišské Hanušovce to Bratislava.

According to Sme, Hudák was one of the almost 60 judges of the Supreme Court, who, during the May election, expressed their support for Harabin. Currently, he operates at the penal collegium, which is now led by Harabin. When Harabin served as minister of justice in the first government of Robert Fico, Hudák was his state secretary, Sme reported.

Hudák also attended a private meeting of prominent lawyers and judges, dubbed the Judiciary Oscars Association, in the Bonanno bar in Rajecké Teplice in autumn 2010, which received extensive media coverage provoking a number of lawsuits. A total of €1.8 million in damages is being sought in the lawsuits.

Back in late August 2010, Ľubomír Harman, a 48-year-old man wearing blue ear defenders and armed with an assault rifle, shot dead seven people before killing himself in Devínska Nová Ves. The Judiciary Oscars Association met two months after the shooting spree in October 2010, and in June 2011, the Nový Čas tabloid daily published images from the party of retired judge Tibor Péchy sporting blue ear defenders and carrying an imitation assault rifle, plus video footage of the meeting. The judges and the senior prosecutor are objecting to associations made between the images from the meeting at the Bonanno bar and the mass murderer, arguing that there was no mimicking of Harman.