SLOVAKS and Czechs met for an annual celebration of Czech-Slovak brotherhood on the Veľká Javorina hill in Trenčín Region, Slovakia, on July 27. 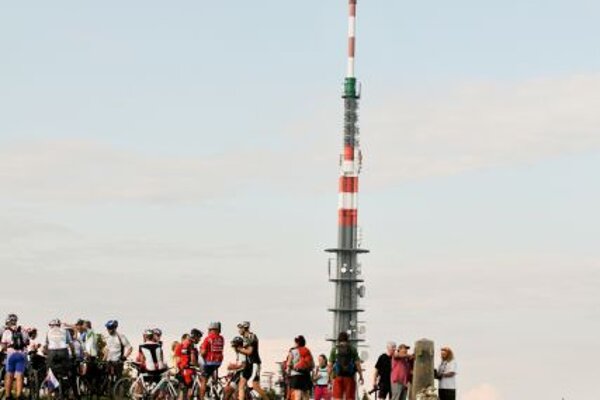 SLOVAKS and Czechs met for an annual celebration of Czech-Slovak brotherhood on the Veľká Javorina hill in Trenčín Region, Slovakia, on July 27.

“Even though there has been an imaginary border between our countries for more than 20 years, these spontaneous meetings of inseparable and close nations are clear evidence that we remain together in our hearts,” said Lívia Boorová, spokesperson for the co-organising town of Stará Turá, as quoted by the TASR newswire.

This year’s meeting on the hill in the White Carpathians, a mountain range straddling the border of the two countries, was held in the spirit of the 100th anniversary of the outbreak of the First World War, during which the idea to form a joint state of Czechs and Slovaks emerged.

“It was after the First World War, which claimed many lives, that our joint history began to be written,” said Boorová.

After representatives of neighbouring municipalities across the border officially met, a large audience was treated to folklore performances. The event has been taking place at the monument to Czech, Moravian and Slovak Solidarity on Veľká Javorina annually since Czechoslovakia split in 1993.