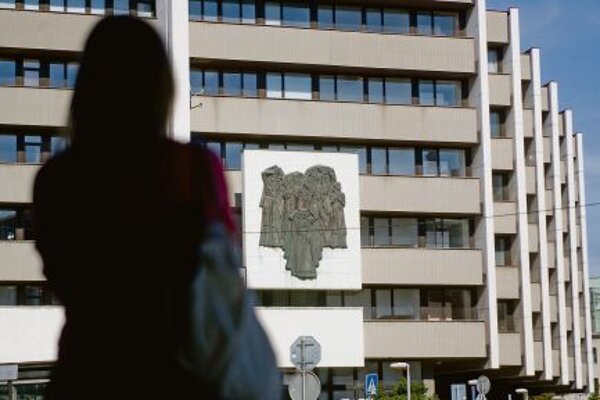 The stakes are high for the many critics of Harabin, since if the Judicial Council fails to elect the president in the second round, a potential third round will be open to the candidates who failed in the first round, including Harabin, who has been showered with criticism from political ethics watchdogs, activists and a number of judges for the way he has run the top court and his negative influence on the country’s judiciary.

While Hudák was proposed by the judges of the Supreme Court for the post and Švecová’s candidacy was put forward by the council of judges at the Trnava Regional Court, Rumana nominated himself. The Trend economic weekly broke the story on the third candidate and described the candidacy as “unexpected” and Rumana’s self-nomination as “unusual”.

Rumana in his candidacy announcement, which he also emailed to Trend, has said that he views it as an application to a tender and this is why he is not attaching “a list of supporters of my candidacy and I have also not agreed to being proposed by another eligible person”.

According to Rumana, who is a judge of the administrative collegium focusing mainly on tax and financial issues, the judiciary as a whole has come to a critical point where it is not dealing with the conflicts of others but, rather, its own conflicts.

The Supreme Court is currently led by its deputy chair, Jarmila Urbancová, which according to the SITA newswire is not a new situation for this court: in the past one of the current candidates, Švecová, managed the court for a brief period of time until the new chairman was elected.

Between 2007 and 2012, Švecová was a member of the Judicial Council as a nominee of former president Ivan Gašparovič, Sme reported.

According to Sme, Hudák was one of the almost 60 judges of the Supreme Court, who, during the May election, expressed their support for Harabin. Currently, he operates at the penal collegium, which is now led by Harabin. When Harabin served as justice minister in the first government of Robert Fico, Hudák was his state secretary, Sme reported.

Hudák also attended a private meeting of prominent lawyers and judges, dubbed the Judiciary Oscars Association, at the Bonanno bar in Rajecké Teplice in autumn 2010, which received extensive media coverage provoking a number of lawsuits. A total of €1.8 million in damages are being sought in the lawsuits.

Will another candidate emerge?

At this point it was not known whether Justice Minister Tomáš Borec would propose his own candidate by August 22.

“Before the time for submitting candidacies elapses, we will not comment on this issue,” said Justice Ministry spokeswoman Alexandra Donevová.

Trend weekly reported that before the first round of the elections Borec led talks with Rumana and judge Jana Bajánková, who became his nominee in the first round but failed. The weekly speculated that the minister might render his support to Rumana.

Sme on August 20 speculated that if Borec does not send his own candidate to the race, Daniela Švecová might have a chance to win the second round.

The date of the election was set by Harabin shortly before his term expired, while newly-elected vice-head of the Judicial Council Ján Vanko in one of his first moves changed the location proposed by Harabin, moving it from the remote town of Spišské Hanušovce to Bratislava.