Minimum wage to rise next year

THE LABOUR Ministry has proposed a 7.95 percent rise in the minimum wage, a change that bumps low earners’ monthly pay by €28 per month to €380. The increase is the biggest in recent years, where increases have typically stayed in the 3-4 percent range. The proposal still has to be approved by the rest of the cabinet. 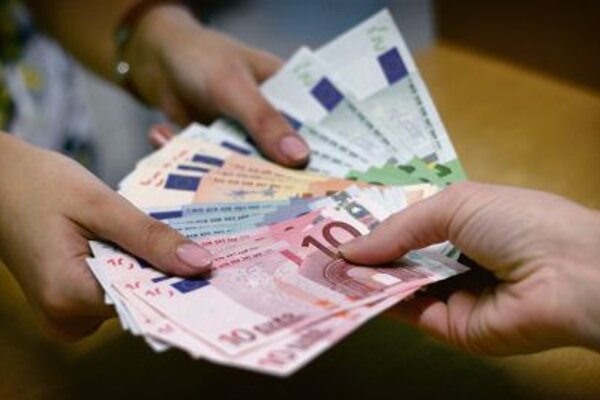 THE LABOUR Ministry has proposed a 7.95 percent rise in the minimum wage, a change that bumps low earners’ monthly pay by €28 per month to €380. The increase is the biggest in recent years, where increases have typically stayed in the 3-4 percent range. The proposal still has to be approved by the rest of the cabinet.

Trade unions, however, are asking for an even larger increase in the minimum wage, and employer groups insist that salaries should not rise at all. The representatives of towns and villages are willing to support the wage increase, but one lesser than what the ministry has proposed.
The ministry proposal came after the various interest groups failed to come to agreement over the minimum wage for next year by July 15. The amount should, as the ministry explained, solve the problem wherein the net income of those earning only the net minimum wage did not drop below the poverty line, which stood at €336.85.

In return for accepting a higher minimum wage, the ministry has proposed decreasing health transfers that employers have to pay for their employees.

“The aim of the government is that the increase in minimum wage will not negatively impact the increase in the total cost of labour of employers, which will prevent a possible negative impact on the labour market and, on the other hand, will increase the motivation of people to get a job and the will of employers to hire employees,” Labour Ministry spokesman Michal Stuška told The Slovak Spectator.

Meanwhile, the Finance Ministry proposed to decrease health transfers for employees earning €380-€494 a month. The implementation of this deductible item will significantly reduce the payroll taxes of about 580,000 employees. Such a move will allow a more significant increase in the minimum wage, without increasing the cost of labour for employers, Finance Minister Peter Kažimír said on August 18 after a meeting of the Economic and Social Council, as reported by the SITA newswire.

Such a measure will cost the state €150 million, according to an analysis by the Financial Policy Institute, a division of the Finance Ministry.

Though the Labour Ministry proposed a record increase, the Confederation of Trade Unions (KOZ) sought an even higher amount: €400 a month. Similar to the ministry, it claimed that the net sum people earn should be above the poverty line, Martina Nemethová, KOZ spokeswoman, told The Slovak Spectator.

The Association of Towns and Villages of Slovakia (ZMOS) also supported the minimum wage increase, but not by more than 5 percent, amounting to pay of €369.6 a month, TASR wrote.

On the other hand, the employers’ representatives did not support increasing the minimum wage, saying it is not a good move in the current economic climate.

Martin Hošták, secretary of the National Union of Employers (RÚZ), said the minimum wage should not rise as long as the unemployment rate remains above the European Union average, as reported by the TASR newswire. Slovakia’s jobless rate stood at 12.78 percent in June, while in the EU it was only 10.2 percent.

“If the minimum wage increases, it will harm the labour market,” Hošták said, as quoted by TASR.

Though the Federation of Employers’ Associations (AZZZ) also does not see the rise of the minimum wage as a good thing, it supports a discussion about increasing the minimum wage while decreasing the labour costs of employers. This could motivate employers to create more new jobs for minimum wage-earning employees and decrease the number of jobless, according to the AZZZ.

“Employers have been calling for decreasing the payroll tax burden for low-income groups for a long time,” Rastislav Machunka, head of the AZZZ, said in a statement provided to The Slovak Spectator.

He added that the employers will welcome the move if the drop in the payroll tax burden results in an increase in the disposable salaries for low-income employees. The higher salaries will then result in increased consumption and, finally, in higher tax income for the state and better GDP, Machunka said.

Though lower labour costs can diminish the negative effects of a higher minimum wage, they will not eliminate them, warns Radovan Ďurana, analyst with the Institute for Economic and Social Studies (INESS) think tank. According to him, the proposal will not help create more new jobs.

Ďurana went on to say that the decrease in health transfers, for example, would be unfortunate, as it unnecessarily interferes in the health insurance market. He stressed that even today the payments for state policyholders are not enough to cover costs.

“The ideal solution would be to abolish the minimum wage and to subsidise the payroll taxes in social insurance,” Ďurana told The Slovak Spectator. “Only this can help increase the net income of employees and decrease the labour costs of employers.”