SNP: A national event with an international meaning

The foreign community attends the commemorations of the Slovak National Uprising every year to remember their nationals who fought, and often died, alongside Slovak partisans. 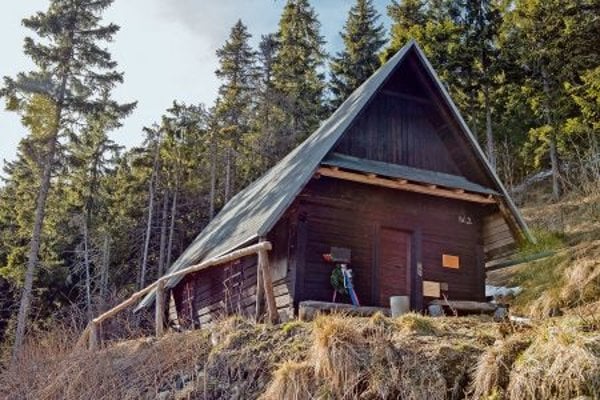 The foreign community attends the commemorations of the Slovak National Uprising (SNP) every year to remember their nationals who fought, and often died, alongside Slovak partisans. Historians consider this proof that the uprising was both national and international in character and that foreign states acknowledge the significance of this event in the World War II.

Despite some critical voices doubting the “Slovak national” attribute of the uprising because of the presence of foreigners, the historians addressed by The Slovak Spectator say that the aims of the uprising were indeed national and that the foreigners were not so numerous as to overshadow their fellow Slovak combatants.

More than 30 nations and nationalities fought on the side of the rebel army. In total, about 60,000 soldiers, including members of the rearguard, mobilised civilians and volunteers, and 10,000 partisans fought on the side of the uprising. On the other hand, around 40,000 soldiers fought with the Nazi army, Marek Syrný, historian at the SNP Museum in Banská Bystrica, said.

“They [the foreign nationals] gave the uprising its international character and enhanced the feeling of a joint fight against a mutual enemy, i.e. Nazi Germany,” Syrný told The Slovak Spectator. He added that the participation of the main allies, i.e. the Soviet Union, the US and Great Britain, helped the uprising withstand the pressure of the Nazi soldiers.

Ivan Kamenec from the Institute of History of the Slovak Academy of Sciences (SAV) says that foreigners participated in the SNP rather accidentally, except for parachutist units, most of whom were sent from Kiev to Slovakia to prepare guerilla diversions, “and when the SNP broke out the army as the main force had serious problems with these partisans, as they did not want to be subordinated to the leadership”.

“Since the SNP was part of the European anti-fascist resistance, all the powers of the anti-Hitler coalition had their military missions here,” Kamenec said in an interview with The Slovak Spectator.

Regarding the specific nations, both Kamenec and Syrný mentioned, for example, nationals of the Soviet Union, who fought in the guerrilla divisions, and the neighbouring countries (i.e. Czechs, Poles and Hungarians), but also French nationals who came to Slovakia as prisoners of war and joined the SNP to fight against Nazi Germany. There were also members of the German minority in Slovakia, and Americans and Brits who came here mostly as members of the air assistance, but also as prisoners of war (airmen shot down on the Slovak territory).

Is the SNP really ‘national’?

Because of its international character, some critics, including historians, have cast doubt on the “Slovak national” attribute of the uprising. Syrný, however, says that the participation of foreign nationals is not a defining characteristic of the movement. Foreign participants numbered only in the thousands, compared to tens of thousands of Slovaks.

The historian also explained that the SNP was given the attribute “Slovak” as it was planned and implemented by Slovaks and because it had pro-Slovak aims. The attribute “national” corresponds with its wider dimension, which means the participation of all parts of society.

“Casting doubt on its pro-Slovak or national character emerges either from a lack of knowledge and simplified period fabrications that needed to present the SNP as ‘non-Slovak’ and as an affair of several foreign or foreign-countries-controlled politicians and dissatisfied people, or a deliberate effort to negate its positive perception by the public through questioning its positive impact on the position and the development of Slovakia, or its mass and mostly voluntary character,” Syrný said.

Also, Marína Zavacká from the Institute of History of SAV says there is no reason to cast doubt on the “national attribute”. In this respect, she compared it to the Battle of Britain, where nobody questions its national character though there were several nations, including Slovaks, who participated in it.

The foreign community is interested in commemorating the SNP, which is proved by the participation of foreign guests at the annual remembrances. They attend the commemorations to remember “their citizens who fought and died on our territory in mutual combat”. But for them it is also “a sign of recognition of the fight for the same values that are close to these states even today”, Syrný stressed.

According to him, hardly any other Slovak historical event has received the level of recognition as the SNP.

“Unfortunately, Slovak foreign policy cannot adequately respond to similar commemorations abroad,” Syrný said, pointing to, for example, the 70th anniversary of the Warsaw Uprising that began on August 1, 1944, in which there was a Slovak platoon.