Debunking some of the SNP myths

HISTORICAL events of great importance are often connected with myths and the Slovak National Uprising (SNP) is no exception. Many seek to depict the uprising negatively as a communist coup that led to unnecessary war-related damages for Slovak citizens. Historians point out that people spreading such myths lack information and tend to apply partially bad experiences of eyewitnesses to the whole uprising. 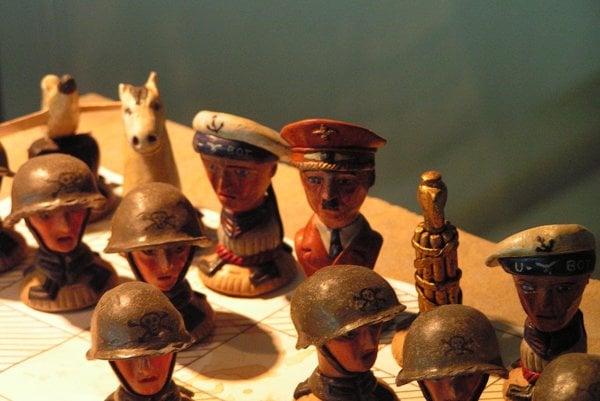 However, extremist groups also misuse this issue and spread such myths in an attempt to glorify the Nazi-allied Slovak state, according to Ivan Kamenec from the Institute of History of the Slovak Academy of Sciences (SAV).

“I have a feeling that demonising the uprising for extremist groups is only a substitute issue because they mostly care about glorification of the fascist-totalitarian Slovak state and its representatives against whom the uprising was directed,” Kamenec told The Slovak Spectator.

One of the most popular myths about the SNP is that it was prepared and organised mainly by communists and that it therefore paved the way for a communist takeover after the end of the World War II.

According to Kamenec, the uprising was not organised by communists only, but also was a result of the civil resistance and the army of resistance was definitely not itself communist.

Michal Schvarc from the SAV’s Institute of History agreed that there were plenty of democrats and others that balanced out the communist contingent in the uprising. The fact that Czechoslovakia was in Soviet Union’s post-war sphere of influence was the main reason why the country later suffered under socialists’ dictatorship, he said.

Moreover, Marína Zavacká from the Institute of History pointed out that the government of the wartime Slovak state established all the institutions and habits which are now considered to be characteristic of the communist regime. It banned political parties except the ruling one and established its paramilitary units. Moreover, just like the communist regime, it limited travel and persecuted emigrants; it dictated education, the media and civic associations and its political opponents were detained in concentration camps.

“The society adapted to the criminal behaviour of the state, accepting what was before considered impossible,” Zavacká told The Slovak Spectator. “While the six years [of the Nazi-allied state] broke the back of democrats and considerably lessened public resistance to other non-democratic political programs.”

Several other myths say that the uprising caused unnecessary damage to the country and was actually unpopular among ordinary people who suffered from the military operations and were terrorised by the irregular military force members called partisans.

One such claim is that the SNP drew German forces into a fight in the country, without which the war-related damage would have been significantly less.

However, the Slovak territory officially became part of German army’s area of operation at the beginning of August 1944, thus Nazi commanders had already planned for Slovakia to become a war zone.

“Considering those facts, there is no need to discuss whether the country would suffer war damages or would not,” Schvarc told The Slovak Spectator. “Of course, Slovakia would not avoid war damage.”
Zavacká also pointed out that the uprising actually gave more reasons to the advancing forces of the Soviet Red Army to behave like they were in liberated, rather than conquered, territory.

Another myth is that rebels were cowards avoiding direct contact with enemy and attacked only infrastructure like railways and bridges, in the end damaging their own country.

Schvarc disagrees, saying that SNP forces directly fought Nazi occupants and did not focus solely on diversionary tactics. The main power of the uprising was a regular army, which used standard tactics and later preferred guerrilla warfare. However, some rebels did not act in line with orders of official SNP leaders, but obeyed Ukrainian Partisan Headquarters in Kiev run by the Soviet Union.

As with any military action, or any human undertaking, the uprising was not perfect. But with 60,000 poorly armed soldiers from the regular army and 18,000 partisans, its commanders held for two months against well equipped Nazis.

“That is not a half bad result by European standards,” Zavacká said. “The more their divisions were engaged here the weaker Nazi forces were on other fronts; for example, in Brussels, which was liberated by Allied forces on September 3.”

Another myth also says that partisans generally abused their power by attacking defenceless people. For example, there were guerilla groups which killed the local German population.

However, the SNP should be evaluated as a whole and claims about rebels who behaved as criminals or bandits rather than regular soldiers are not reasonable, according to Schvarc. He added that such claims are part of propaganda spread by people admiring the wartime Slovak state.

“Of course, there were all kinds of people even among rebels and it is possible to track cases of settling scores, etc.” Schvarc said. “But it is not possible to come to the generally condemning conclusion [about the SNP] just because of those marginal features.”

Citizens’ attitudes towards the partisans were ambivalent; some people supported them despite the threat of consequent punishment and some did not. However, historians should not uncritically accept stories about malevolent partisans passed by several generations, he added.

Why celebrate the uprising

Considering the aforementioned myths, some people ask whether it is proper to celebrate an event which “only brought suffering” upon Slovaks.

The uprising did not meet all of its goals and it is necessary to talk about that, but without an attitude of being either a prosecutor or an advocate, according to Kamenec. It is necessary to realise that the uprising is part of a flow of history and should be evaluated without bias.

Zavacká opined that the choice of symbols and heritage of the uprising is up to people today. Some can dwell on the memory of a desperate soldier who robbed out of hunger or killed out of hate. For others, it will be a day of honouring people who risked their lives in the fight for freedom – such as Margita Kocková, an English teacher who became an interpreter for the British and American military mission and together with its members was executed in the Mauthausen Concentration Camp.

“I realise the power of symbols and attractiveness of examples,” Zavacká said. “The bravery of thousands of Slovaks … preferring rather a democratic Czechoslovakia over a non-democratic ethnic-based state could be a strong source of inspiration even today.”