THIS peaceful scene in downtown Kežmarok indicates that back in 1934, when this postcard was published, life moved at a slower pace that it does today. 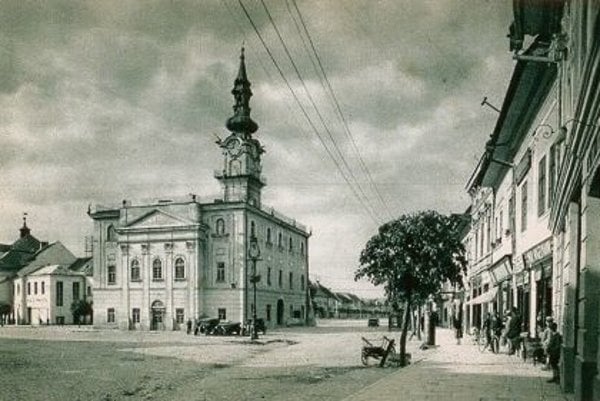 Only three cars are parked in front of the town hall, and in all likelihood those were the only cars in all of Kežmarok, as at that time photographers often tried to include everything in a photo that could show off a town’s perceived technological progress.

The town hall itself has stood on that spot since 1461. Over this period it was reconstructed so many times that it could have served as an illustration of the history of European architectural styles.

It was originally built by an architect known as Jörg. When the original Gothic town hall burned down in the early 16th century, it was redone in the Renaissance style.

Thanks to another fire in 1779, the town hall was rebuilt yet again, this time in a neo-classical style. However, this was not the town hall’s last infernal disaster: the most recent fire to ravage the building occurred in 1922, and the town hall has retained its current appearance ever since.

Kežmarok’s town hall served as the residence of its mayors and senators. They were responsible for looking after the town’s supplies, as well as its markets and school, among other things. This was common in other towns, too, but it remains unclear whether they also performed their duty as local “bird snipers”, as they were supposed to in this town of Spiš region in the 15th century.